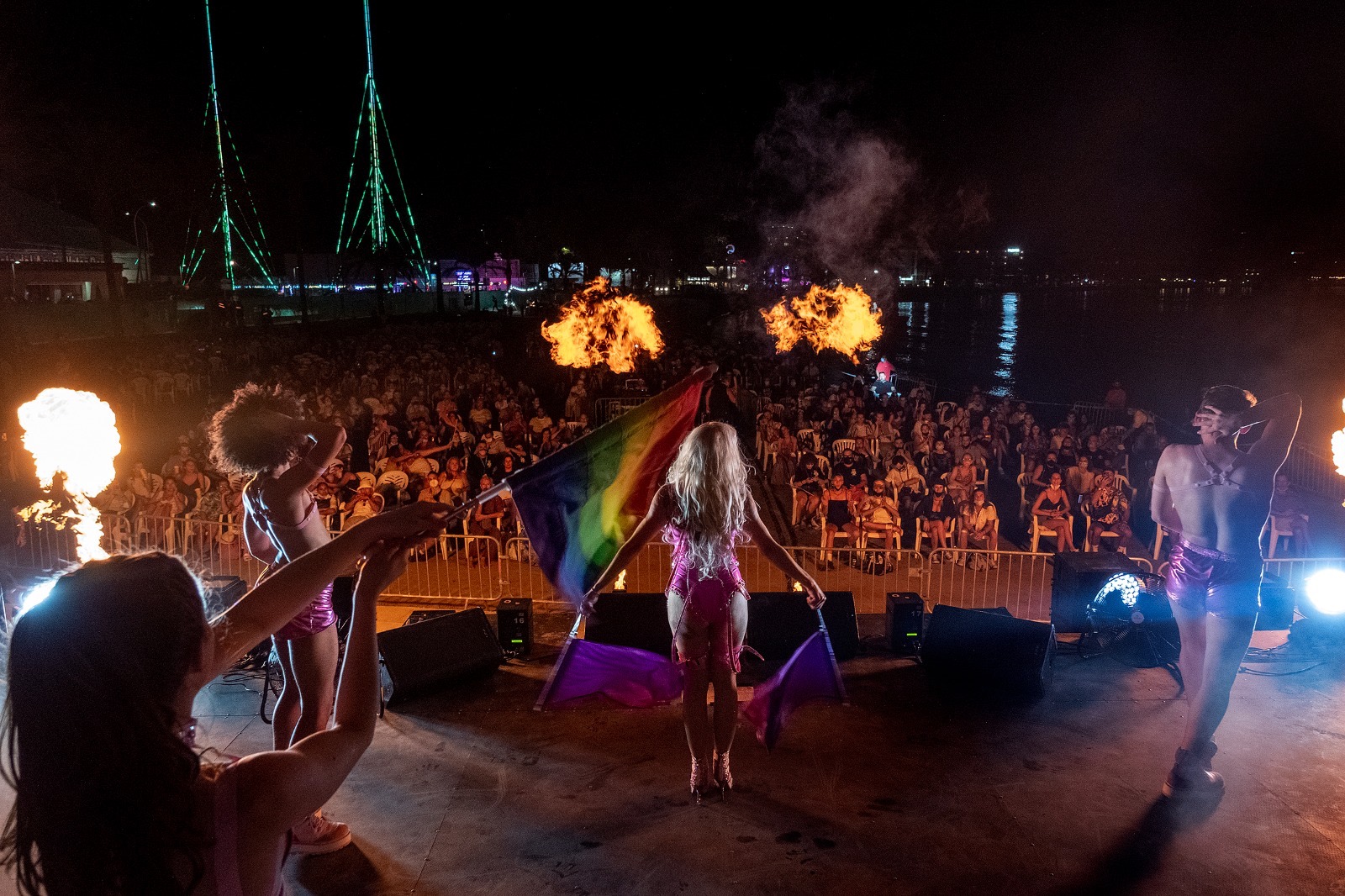 Wow! One fan’s single-word response as he passed through the main gate at the Diversity Celebration’s main stage at the Ibiza Pride event summed up techno-pop singer MERCY’s first European appearance.

Since the island is well-known for over-the-top electronic dance music scene, the rising techno-pop star fit in like the last piece of a jigsaw puzzle.

“This felt like home, but something more,” MERCY said. “I’m used to being in front of crowds, but this audience was incredible. I’m used to performing, but this crowd gave me so much energy and feedback, I could have gone on all night.”

Her set list on Saturday, Sept. 11, included four songs from her upcoming EP, including “Dearest Alice,” “Going Down,” “Love Game,” “Breaking Bad,” and a cover of “One Way or Another.” The show was the first in a series of appearances leading up to her official December 2021 launch. The nine-day Diversity Celebration extravaganza was hosted on Ibiza, one of the Balearic Islands just off the east coast of Spain in the western Mediterranean Sea. Ibiza typically hosts the event in June, but the COVID pandemic cancelled the 2020 event and organizers delayed this year’s event until September to both allow for proper planning and to put the necessary safeguards in place.

With Playa de s’Arenal de Saint Antoni as the backdrop and a stage show featured pyrotechnic flashes and cryotechnic bursts, the five-song performance set a new standard for a party on the beach.

“Before the show, I said, ‘You only get one chance to make a good first impression,’” MERCY said. “From the reaction I saw in the crowd, they were more than satisfied.” 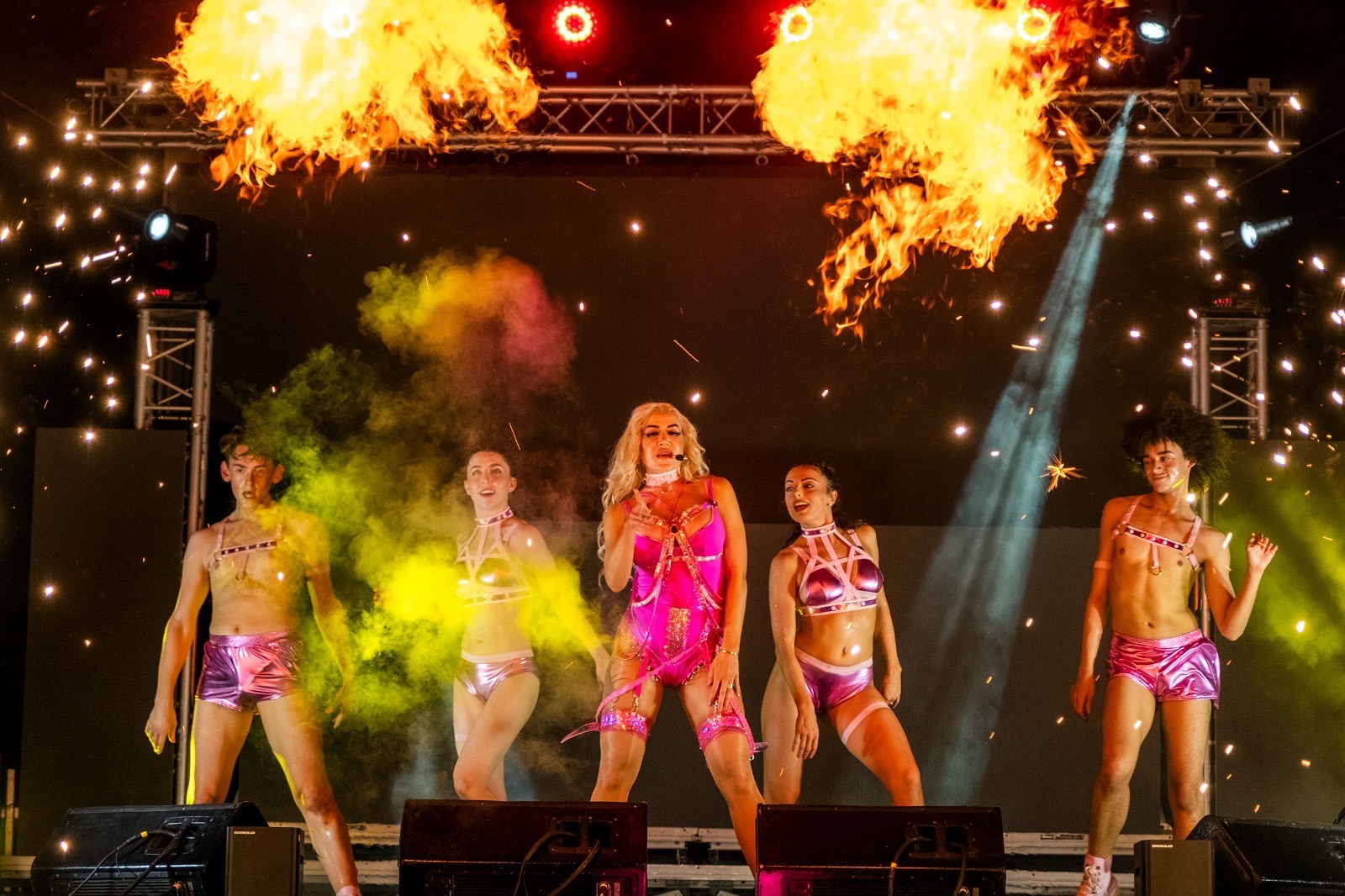 The Diversity Celebration featured something for everyone, including art and photography exhibitions, a selection of documentaries, numerous sports activities, and several theatre performances and movie screenings. However, musical entertainment, including live performances, is the backbone of the annual gathering.
“This beach is one of the reasons why people travel around the world to visit this island,” MERCY said. “It’s the pinnacle of what you picture when you think of sitting on the beach, relaxing, in the Mediterranean. It’s amazing, out of this world.”

Speaking of out of this world, MERCY’s stage presence was just that, built on a lifetime of singing, burlesque, circus performance, acting and stunt action.

“The show was everything I thought it would be and more,” We had quite a show,” she said. “The saying goes, ‘You only get one chance to make a good first impression and we nailed it.”

https://www.instagram.com/ohhavemercy/. Her official fan webpage and EP launch will coincide with a major Hollywood blockbuster movie in December 2021.

Jury finds Musk, Tesla not liable in securities fraud trial following ‘funding secured’ tweets
Beyoncé Fans Use GoFundMe to Raise Money for ‘Renaissance’ Tour Tickets
No Big Deal, Just Olivia Wilde And Jason Sudeikis Hugging It Out Months After Custody Drama
A Flag for Juneteenth
Carmakers face a crossroads as they work to fit auto dealers into their EV plans