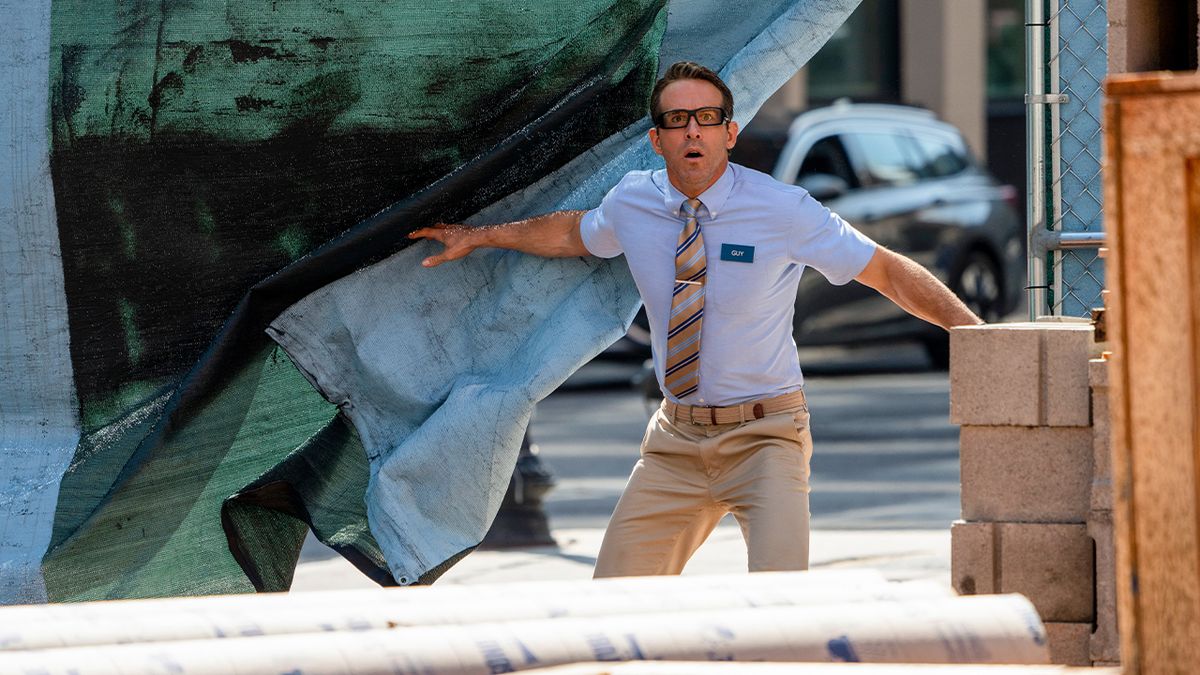 With Free Guy, producer/director Shawn Levy and star/producer Ryan Reynolds raised the bar in more ways than one. They pushed the boundaries of technology by merging video gaming with film, and also pulled off a fight scene between Reynolds and a bigger, badder version of himself. We now have a better idea of how that fight sequence came together, and just how much work went into it.

To better understand how the scene with Ryan Reynolds’s Guy and his alter ego Dude came to be, it helps to have some background on how filmmakers have approached an actor appearing in a scene twice in the past. Shawn Levy and the crew behind Free Guy take us behind the scenes in a featurette titled “Dude vs Guy” which is included with the film’s home release. Levy explains how this type of sequence has traditionally been approached with the following:

So to get an actor to appear twice in a single scene using motion control, the entire scene would need to be filmed twice. That’s definitely adding time and money to the production. The crew behind Free Guy didn’t want to take this approach, so they decided to take a risk and try something that had not been done too successfully in the past. In the words of VFX Supervisor Swen Gillberg and director Shawn Levy:

The featurette goes on to illustrate how the head replacement is done, starting with the casting of Dude. 2nd Unit Director Chris O’Hara describes beginning his search for an actor to play Dude with the stunt pool because it’s an action-oriented role, but later opening it up to an Internet search for bodybuilders when he couldn’t find someone physically big enough. Aaron Reed was found and given the role of Dude, and it’s his body that you see in the film.

To get Ryan Reynolds’s face onto Aaron Reed’s body, the Free Guy team used what’s called Lola Egg, which is a dome covered in LED panels and multiple cameras. Reynolds would perform in the dome which captured his face and allowed it to be placed over Reed’s. You can watch Reynolds deliver lines in the dome and see how the full “Dude vs Guy” scene came to be with the bonus content when Free Guy debuts on 4K Ultra HD, Blu-ray and DVD on October 12. Enjoy never-before-seen bonus material including two deleted scenes, an extended scene, bloopers, and making-of featurettes.