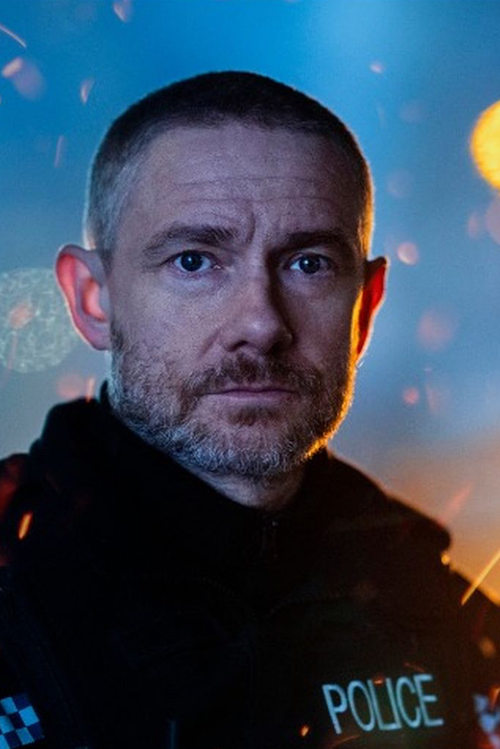 Best known to crime fiction lovers for his starring roles in the likes of Sherlock and Fargo, Martin Freeman is stepping into very different shoes for The Responder, written by author Tony Schumacher and set in Liverpool, which launches on BBC One at 9pm on 24 January.

Freeman plays Chris, described as “…a crisis-stricken, morally compromised, unconventional urgent response officer tackling a series of night shifts on the beat in Liverpool.” According to Schumacher, the stories are loosely based on his own experiences as a policeman.

“Tony Schumacher’s scripts were so unique and honest that I knew very quickly that I wanted to be a part of The Responder and take on the role of Chris. No-one writes like Tony and it has been exhilarating inhabiting the world he has created,” said Martin Freeman.

Tony Schumacher added: “My fantasy casting when I was writing the character of Chris in the Responder was Martin Freeman. Seeing that fantasy become reality is beyond exciting. Martin is one of the great British actors. He brings such a well of talent and humanity that breathes magic into the words I’ve been lucky enough to give him. I can’t wait for audiences to get to see his performance in this role, it’s one I feel very lucky to have had a front row seat for.”

Astronomers Discover Potato-Shaped Planet 1,500 Light-Years Away From Earth
The Simonetta Lein Show Releases Game Changing Entrepreneurs Panel 12: “How Can You Create a Long-Term Vision for Your Business?”
A new labor battle opens on Broadway as omicron closes theater shows
Kanye West and the Game Share New Song “Eazy”: Listen
Top Ten Artist to Check Out in 2022