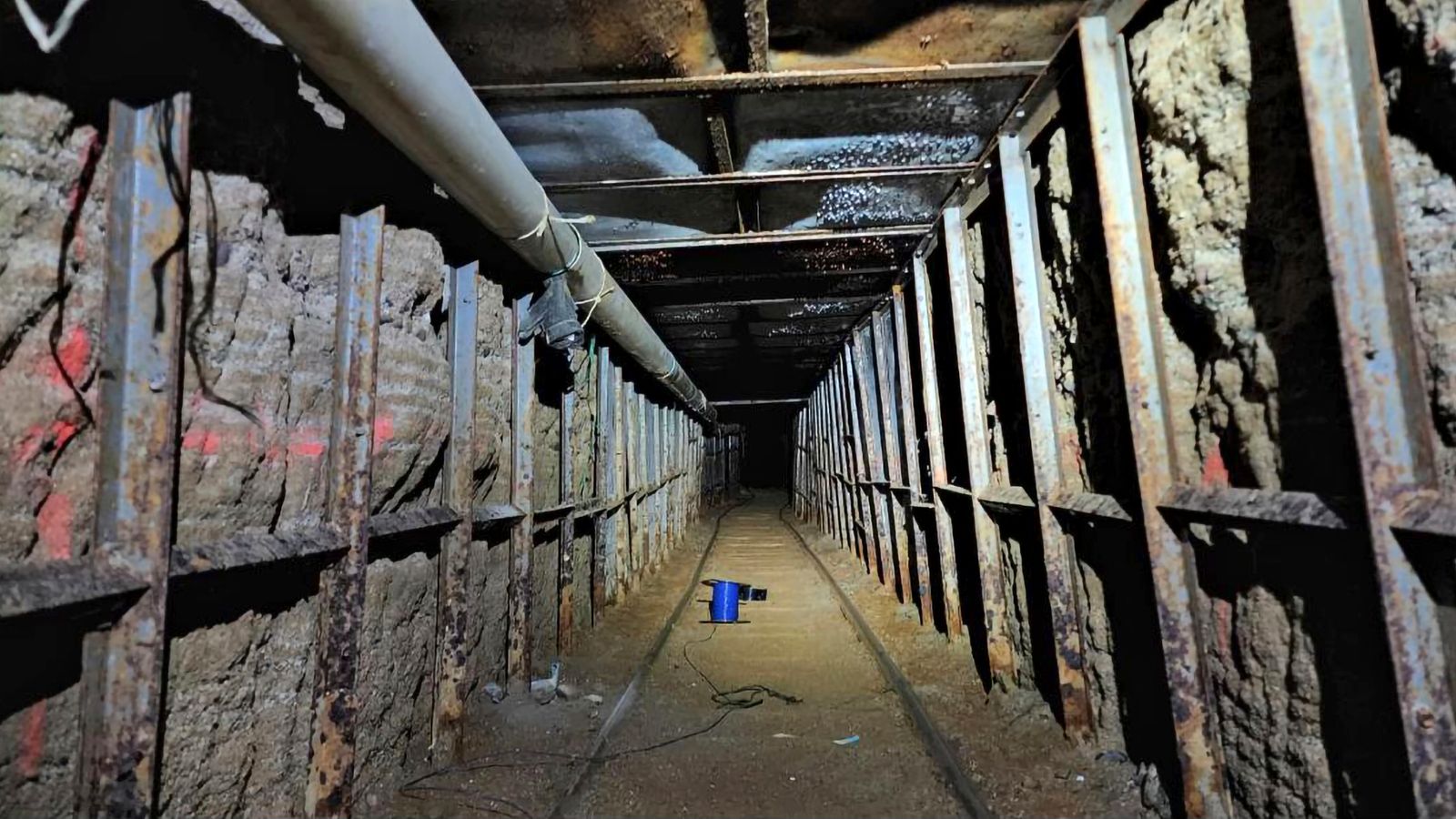 US officials have discovered an underground tunnel about the length of five football pitches used to smuggle drugs from Mexico to a warehouse in California.

It is not known how long the secret passage, which has a railway track, ventilation systems, electricity and reinforced walls, had been operating.

Investigators found the tunnel after staking out a home used to stash drugs in the Mexican border city of Tijuana and stopping vehicles near the warehouse in Otay Mesa, south of San Diego.

They turned up boxes full of cocaine, according to a federal criminal complaint filed in San Diego.

The warehouse was on a street that was busy during the day but quiet at night, with armed guards watching over a small shaft with a ladder that descended into the tunnel.

Agents raided the warehouse and found no drugs there but a tunnel opening carved into the cement floor.

Six people from Southern California, aged 31 to 55, were charged with conspiring to distribute cocaine.

Authorities seized 799kg of cocaine, 75kg of meth and 1.6kg of heroin in connection with the investigation.

“There is no more light at the end of this narco-tunnel,” said Randy Grossman, a prosecutor for the Southern District of California.

“We will take down every subterranean smuggling route we find to keep illicit drugs from reaching our streets and destroying our families and communities.”

The passage was discovered in an area where more than a dozen other sophisticated tunnels have been found in the past two decades.

The authorities did not link the latest tunnel to any specific cartel.