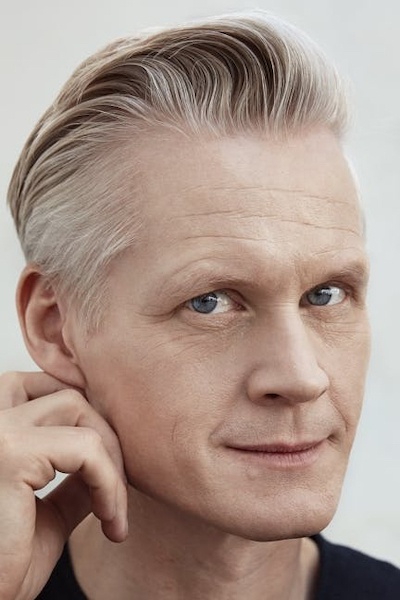 In the latest edition of her video interview series, Dr Jacky Collins chats to her first author from Sweden – although his is probably not a name you’ll immediately recognise. However, Henrik Fexeus is half of a writing partnership, and Scandi fans will certainly know the work of his good friend and co-writer, Camilla Läckberg – known as ‘the rock star of Nordic Noir’.

Their collaboration has produced Trapped, the first in a trilogy featuring detective Mina Dabiri and celebrity mentalist, Vincent Walder. The idea for Vincent came when Henrik, a renowned mentalist, best-selling non-fiction author, TV personality and one of the world’s leading experts on body language, was taking a holiday in 2019. He later discussed the idea with his friend Camilla and the pair decided to write a book together.

“It was quite a horrific idea, because we don’t like writing with other people – could we do it without losing our friendship?” says Henrik. The fears were unfounded as they wrote in secret during the pandemic.

“It was so much fun writing it,” recalls Henrik, who describes the book as “dark, weird, mysterious but quite funny.”

Will Henrik give away any trade secrets? And has the man who admits to never having read a crime fiction novel before starting work on Trapped finally found his tribe within the genre? Settle back to watch the latest The Doctor Will See You Now and find out…

If you like what you hear, grab a copy Trapped using the buttons below.