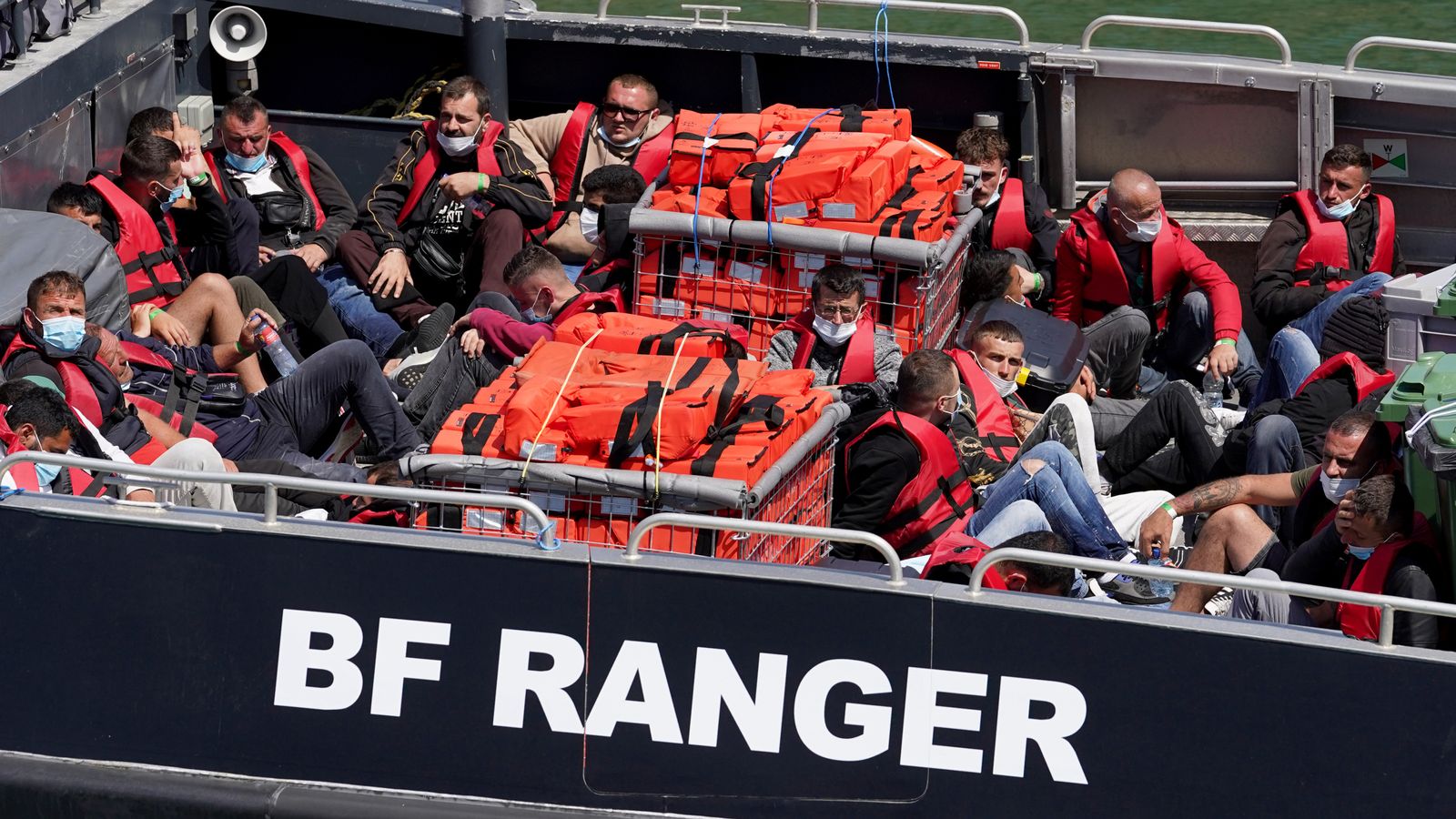 Almost 700 migrants have crossed the English Channel to the UK in a single day – a record for the year so far, the Ministry of Defence (MoD) said.

Some 696 made the journey in 14 boats on Monday, with large groups of migrants – including young children – seen being brought ashore in Ramsgate.

The latest figure means more than 17,000 people have now arrived in the UK in 2022 after navigating the busy shipping lanes from France in small boats, such as dinghies.

It comes a day after the government confirmed the number of migrants crossing the Channel in July was the highest of the year so far, with 3,683 making the journey in 90 boats.

And it also comes a month after new laws increasing the maximum penalty for those illegally entering the UK to four years in prison, and life in prison for those piloting the boats.

The government announced its plan to send migrants who arrive illegally in the UK to Rwanda just three months ago, saying it would deter people from making the Channel crossings.

But the first flight to the country was cancelled after a last minute order from the European Court of Human Rights.

Home Secretary Priti Patel has stood by the scheme, and both Conservative leadership candidates, Rishi Sunak and Liz Truss, have pledged to continue the policy.

But opposition parties and charities – reportedly even Prince Charles – have claimed the policy is inhumane.

And last month, court documents revealed Ms Patel was warned against pursuing the scheme, with the UK’s High Commissioner to Rwanda saying the country “has been accused of recruiting refugees to conduct armed operations in neighbouring countries”.

Reports suggest Ms Patel is gearing up to announce another multi-million pound deal with France to try to reduce the numbers of migrants crossing the Channel.

According to the Times, the money will go towards more beach patrols and surveillance equipment, and be in addition to millions already paid to the country.

Zegna’s Takes Digitalisation to Its Outlets
Sunak vows to crack down on university degrees with poor results
Grammy Award Winning DJ and Producer Kid Capri On- Air With Brandon Jay Podcast
Your iPhone can identify any song with just a tap. Here’s how to set it up
Tips for Designing a Home with Security in Mind