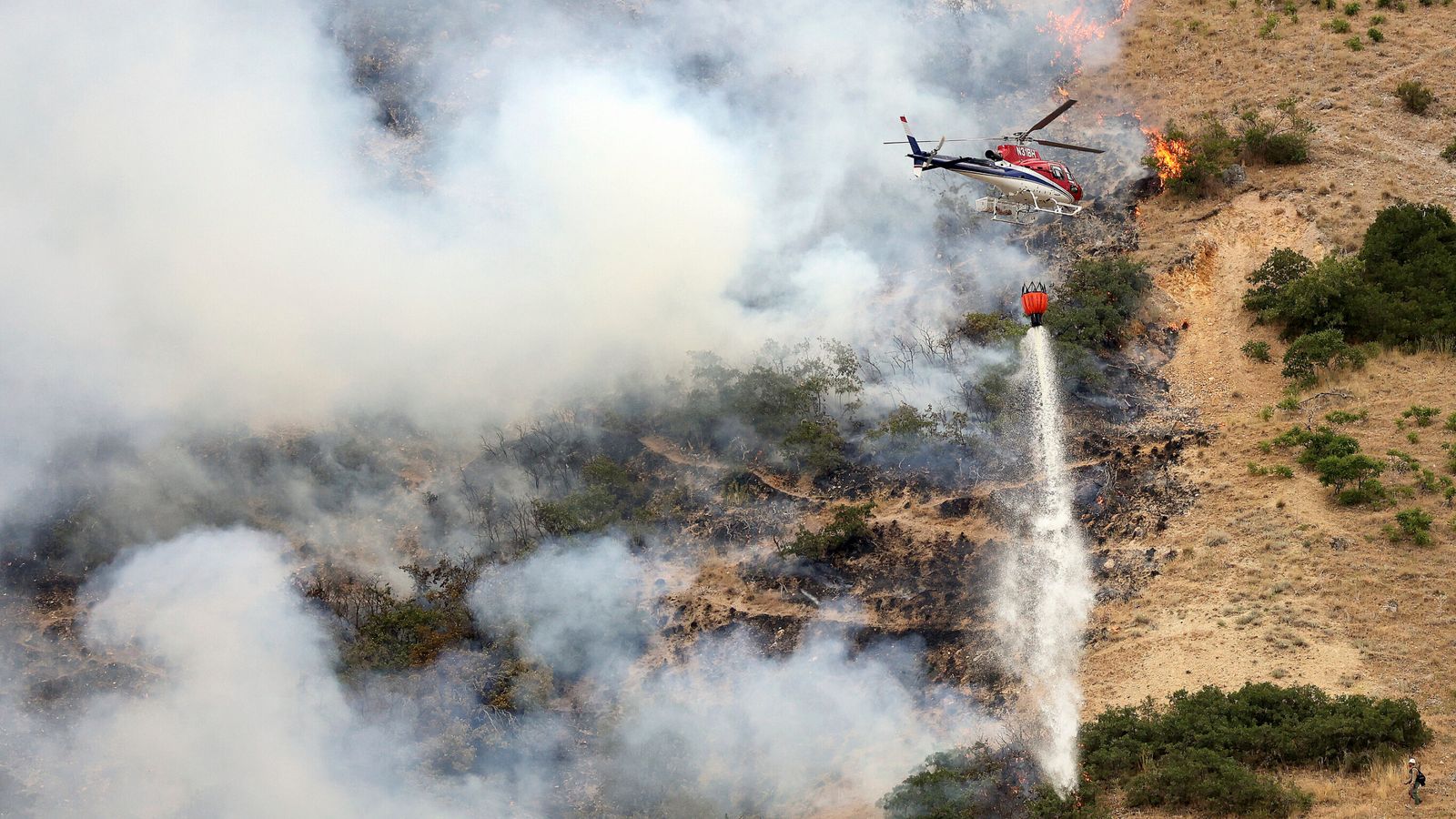 A man has been arrested in Utah accused of sparking a massive wildfire while trying to kill a spider.

Utah County Sheriff’s Office arrested the suspect on Monday in Springville after he told officers he tried to burn the eight-legged animal with a lighter.

Cory Allan Martin, 26, from Draper, Utah, told officers he spotted the spider while he was hiking in the foothills south of Salt Lake City.

He did not explain why he was trying to burn the spider.

In a tweet, the police said they found marijuana and drug paraphernalia in his backpack after he was arrested, and Utah County Sheriff’s Sergeant Spencer Cannon said there was no evidence to suggest he started the fire on purpose.

However, Sgt Cannon called it a reckless and puzzling decision.

“What led him to stop and notice a spider and decide to try to burn it, we don’t know,” Sgt Cannon said.

“There may not be a why. He might not even know a why.”

The wildfire quickly spread up the mountain and had burned less than 1 square mile (1 square kilometre) as of Tuesday, according to fire officials.

No homes had been damaged.

Large parts of Utah are currently experiencing severe drought conditions, while nearby states, including California, have experienced wildfires in recent weeks.

Disney streaming subscriber growth blows past estimates, as company beats on top and bottom line
Nearly 50,000 sign petition backing Gordon Brown’s call for emergency budget to tackle cost of living
Salman Rushdie stabbed in neck in NY attack, ‘Satanic Verses’ scribe airlifted to hospital
Ethereum just pulled off its final test run ahead of one of the most important events in crypto
Sunak vows to crack down on university degrees with poor results