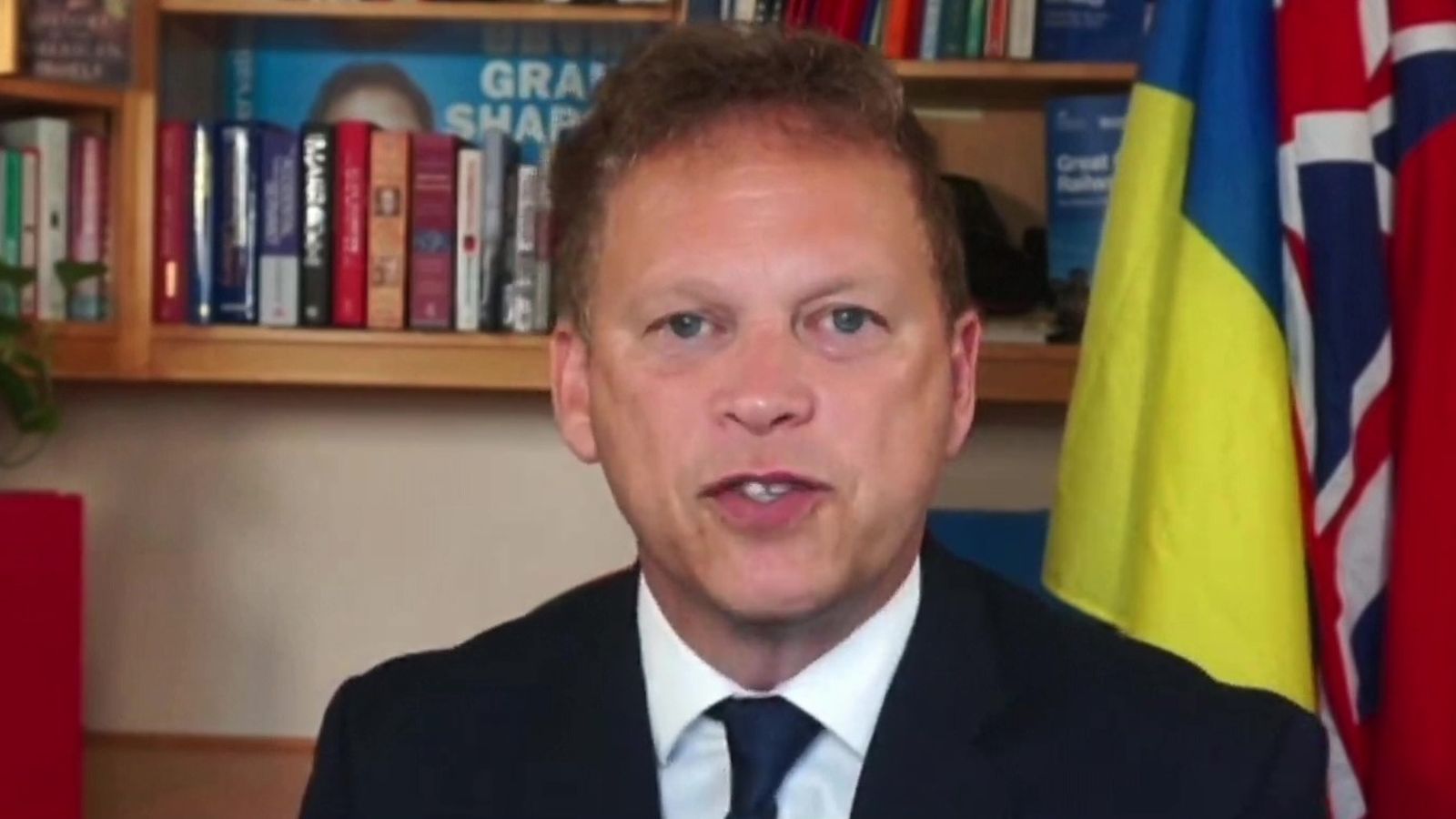 Grant Shapps has told union bosses to “get out of the way” and allow members to vote on newly proposed pay deals.

It comes as fresh strikes take place on London Underground and the capital’s bus system, while national rail is set for more disruption on Saturday.

The national strikes are related to pay rises and proposed modernisation changes.

Asked why the strikes have not been resolved, Mr Shapps said: “Because the union bosses won’t put the settlement deals to their members.

“So we’ve had a situation where 8% over two years has been offered – it’s different depending on which piece of the rail we’re talking about here – but broadly speaking.

“And the bosses, for example, the boss of the RMT, simply made the decision without going out to their membership to ask them whether they would like to settle this and get back to work.”

He added: “It’s time for the union bosses to get out of the way and put the deals on the table to their members.”

Speaking about the London strikes today, RMT general secretary Mick Lynch said: “That stalemate starts between the two authorities, which are the government and the mayor. It’s very difficult for us to know what’s going on.

“There’s not any meaningful discussion between us and the employer because the employer doesn’t know how much money it’s going to have. That’s not a way to run a major global city.”

And speaking yesterday about national strikes, Mr Lynch said: “I addressed a meeting of thousands of our members [on Wednesday] night online and they are totally committed to the campaign that we have got.

Read more:
Who is going on strike this month and when
Millions of public sector workers preparing to vote on strikes in ‘biggest wave of industrial action since 1970s’

“They understood the issues when they voted for it and they are showing on the picket lines that they are completely committed to the cause.

“We will keep going until we get a negotiated settlement and our members will decide whether it’s acceptable or not.”

Mr Lynch also said he believed industrial unrest would spread with “generalised and synchronised action” in the face of the deepening cost of living crisis after inflation soared to a new 40-year high of 10.1%.

Mayor of London Sadiq Khan told Sky News he is concerned the government is “almost deliberately provoking” the action in the capital.

Mr Khan said the conditions were attached to a funding deal for Transport for London – but the RMT union says TfL failed to give their members assurances they would not be negatively affected.

There are separate concerns about the Avanti West Coast franchise, which runs trains from London towards Manchester. It relies on drivers volunteering for shifts and services have been cut after workers voted for less than strike action.

Greater Manchester Mayor Andy Burnham says if things do not improve he will ask the new prime minister to remove the franchise – less than 3 years after it took over from Virgin.