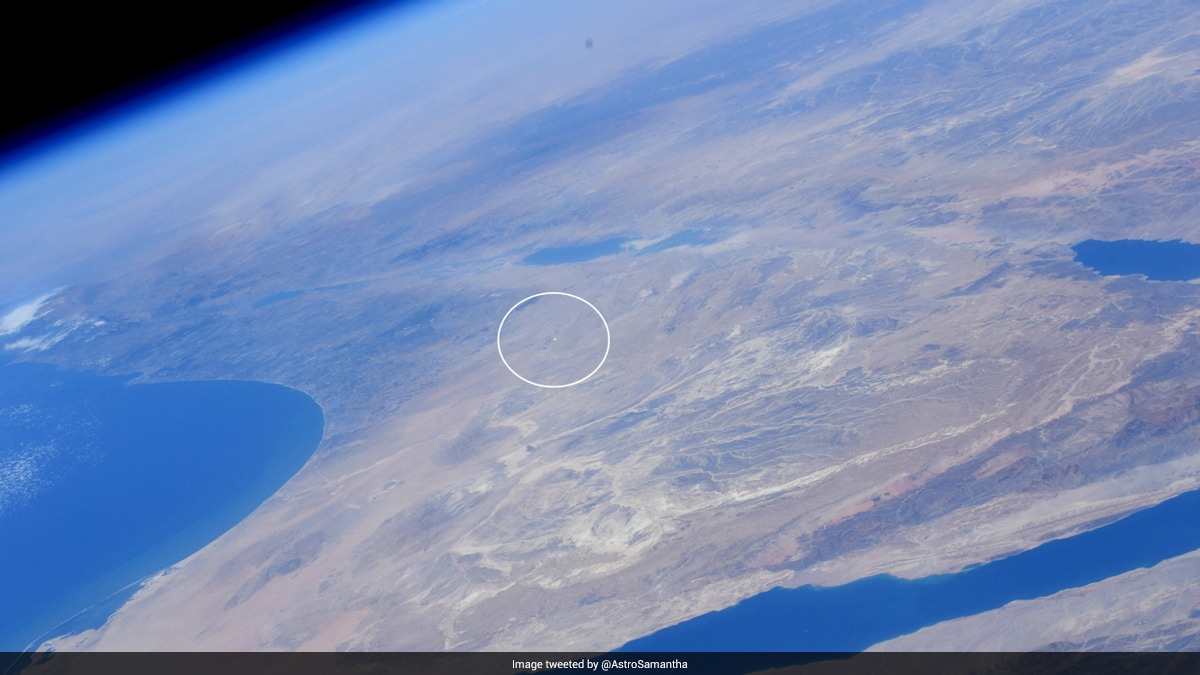 An astronaut aboard the International Space Station (ISS) recently shared an “intriguing” daylight sight of a bright dot in the middle of a desert on Earth. “A bright dot in the Negev desert…so unusual to see human-made lights in day passes!” European Space Agency (ESA) astronaut Samantha Cristoforetti tweeted while sharing three photos showing a distant white speck against a brown landscape.

In the caption, Ms Cristoforetti explained a bit about its origin. “It’s a concentrated solar power plant, one of the technologies to get renewable energy from the sun. with one of the world’s tallest solar power towers,” she said.

Take a look below:

Intriguing sight! A bright dot in the Negev desert…so unusual to see human-made lights in day passes! It’s a concentrated solar power plant, one of the technologies to get renewable energy from the Sun. With one of the world’s tallest solar power towers! #MissionMinerva pic.twitter.com/MFbCpXpxmG

As per CNET, the bright dot was visible because of the Ashalim Solar Thermal Power Station, which uses mirrors to concentrate sunlight to an 820-feet-tall tower in the Negev desert of Israel. This tower is considered one of the world’s tallest solar power towers. It is big enough to create the noticeable dot of light that Ms Cristoforetti spotted from the ISS.

Here’s an image from 2020 of what it looks like from a little closer to the ground:

Ms Cristoforetti also added the hashtag #MissionMinerva to her post. Minerva is the name of her second expedition to the ISS. According to the ESA website, Ms Cristoforetti first flew to the Station in 2014 for her Italian Space Agency ASI-sponsored mission ‘Futura’.

Earlier this year, she was again launched on a SpaceX Crew Dragon spacecraft from Florida as part of Crew-4 in order to serve as lead for all US Orbital Segment (USOS) operations.

Meanwhile, since being shared, Ms Cristoforetti’s tweet has taken the internet by storm. Commenting on the post, one user wrote, “A light of hope for our environment”. Another said, “Difficult to see from your photos, but easier once zoomed in.  I’d bet its really easy to pick out in person though. Probably sparkles like a star on earth.” “Very impressive,” commented third. “what a view!” said fourth.

New law in California stops rap lyrics from being used as evidence in court
The Party of All Parties: Amber Lounge, the World’s Most Luxurious F1 After-Party Returns
NASA-Funded Technology for Future Missions May Charge EVs in 5 Minutes on Earth
Leo DiCaprio and Gigi Hadid Spotted at Same Paris Hotel During Fashion Week
Drag Queen Bingo at Library Cancelled After Threats, Though Majority Support It