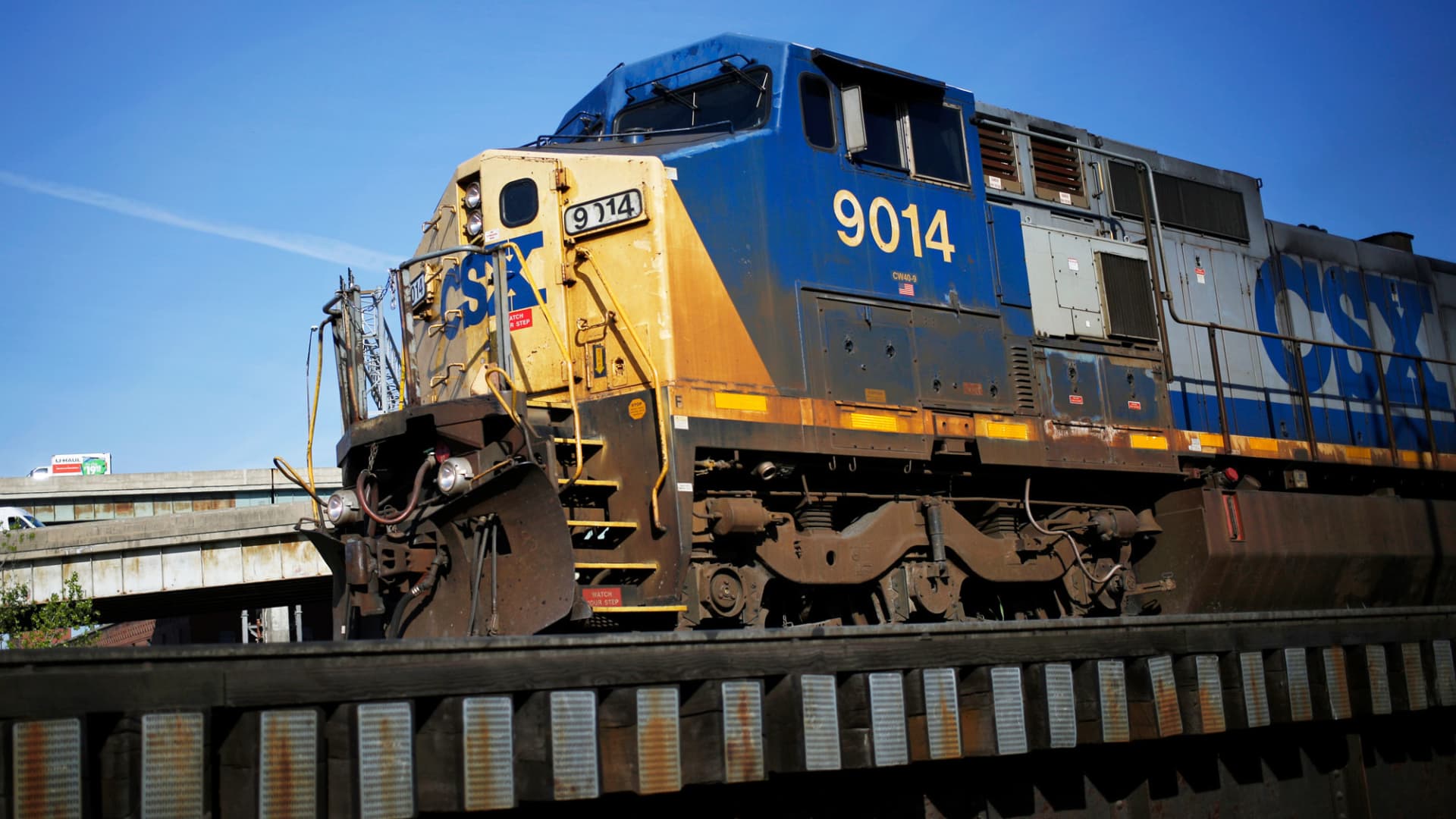 Negotiators from railroad carriers and unions met in Labor Secretary Marty Walsh’s office Wednesday as the sides tried to negotiate a deal ahead of Friday’s strike deadline.

The meeting started just after 9 a.m. ET. A spokesperson for the Labor Department said talks were ongoing as of midday. “The parties are negotiating in good faith and have committed to staying at the table today,” the representative said.

Walsh’s involvement comes as the Biden administration prepares for a work stoppage. A strike, which could affect about 60,000 workers and idle more than 7,000 trains, could cost the U.S. economy more than $2 billion a day. On Wednesday, Amtrak said it would cancel its long-distance train service starting Thursday since it operates nearly all of its route miles on freight railroads.

The railroads, for their part, “have no plans to lock out workers Friday should negotiations not be successfully completed,” the Association of American Railroads told CNBC.

Dennis Pierce, the unions’ top negotiator, said members have warned 10% of the workforce could leave if the issues aren’t resolved before the deadline. Sick time policies and quality of life concerns were the biggest sticking points remaining.

“Our proposal of no paid sick time costs them no money. It’s something they can manage. It doesn’t harm their business model,” said Pierce, who is the president of the Brotherhood of Locomotive Engineers and Trainmen, or BLET. “The railroads need to start treating employees like humans, instead of imposing these policies that are just running people out of the industry.”

Eight of 12 railroad unions have reached tentative deals with companies as of earlier this week, but two of the biggest unions, BLET and the SMART Transportation Division are still talking to carriers. The two groups represent about half of union railroad workers. Earlier Wednesday, a smaller union, the International Association of Machinists and Aerospace workers voted against a deal.

The so-called cooling off period, which allowed both sides to continue negotiations, ends at midnight Friday, meaning a strike could happen in the early morning hours. In anticipation of a strike, the railroads have already started diverting freight.

Labor unions have begun distributing strike information to members in the event a deal can’t be reached by the deadline. A person familiar with the negotiations said the step is “normal procedure to get union workers ready for a strike.”

“This is not an indication a strike will indeed happen. This is a part of preparation procedures,” said the person, who asked not to be named because they were not authorized to speak publicly about the efforts.

In an email to members, the National Customs Brokers & Forwarders Association of America listed the timeline of closures. CNBC has compiled a list of just some of the rail changes ahead of the deadline:

Norfolk Southern and the other railroads have been ramping down freight in anticipation of a strike to move critical hazmat materials, such as chlorine and ethanol. This freight is taking priority over common freight.

But NS told CNBC it has altered some plans to accommodate more regular cargo.

“We continue to provide the most flexibility as we can for customers for as long as they can,” a spokesperson for the railroad told CNBC on Wednesday. “We have extended the period of time to accept trucks bringing containers into our land terminals until 5 pm tonight.”

“While we remain in active discussions to reach a voluntary agreement with the unions, if a strike occurs, Union Pacific will immediately activate plans for a safe and orderly shutdown,” the company said in a statement. “When the strike ends, we will work as quickly as possible to safely resume operations.”

Recovering from the disruption created by a strike could take weeks, if not months, according to CNBC.

“Delivery of oversized transformers for transmission and distribution, natural gas turbines, and power generators, as well as renewable technology such as wind tower sections and blades, rely on the U.S. rail systems,” said Marco Poisler, COO of UTC Overseas, warning of “overwhelming delays” for deliveries.

Liz Truss to delay approval vote on cutting 45p rate of tax, cabinet minister says
Here’s what Musk’s potential takeover of Twitter could mean for Trump
Facebook is selling new types of ads on Instagram and Messenger as revenue declines
Peloton slashing 500 more jobs as it races to return to growth
‘We All Want Brendan Fraser To Have A Great Comeback,’ But Bros Actor Has A Problem With It Too