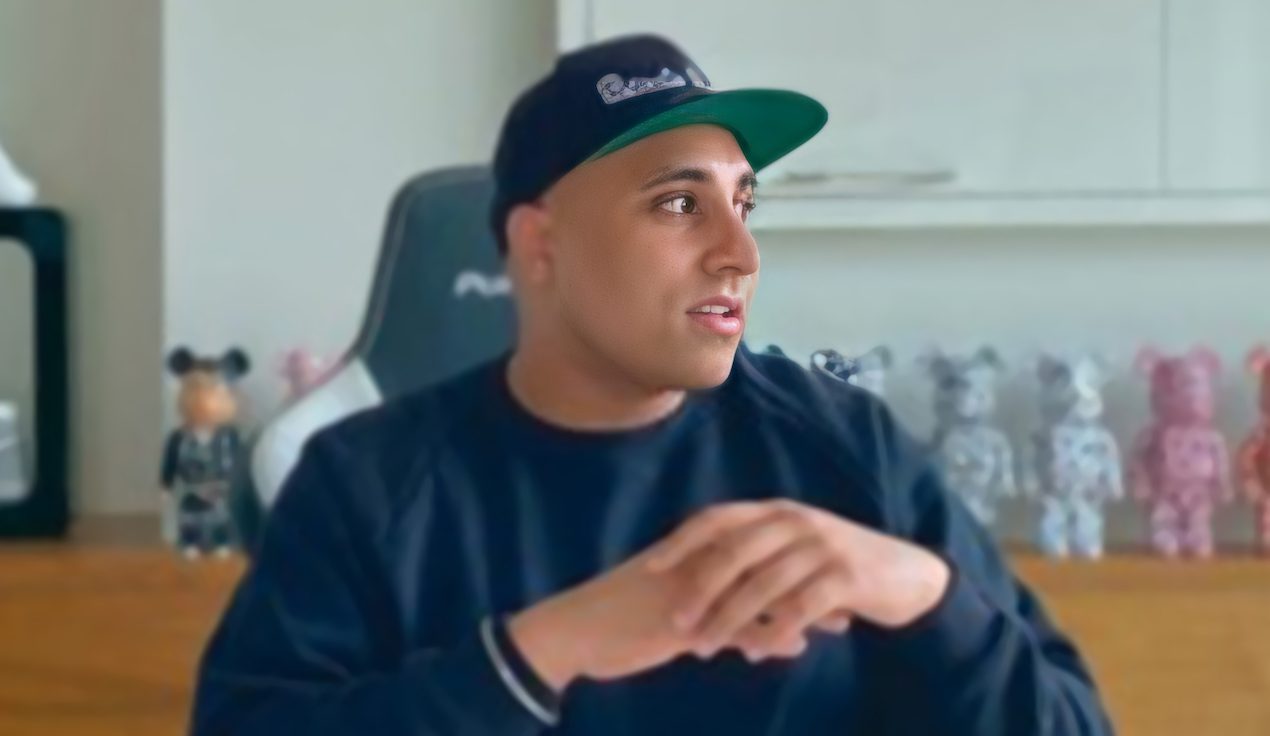 Gurpeet (aka Gurps) Rai, the CEO, co-founder and inventor of Dropp Group (“dropp”) and all of its subsidiaries, is also an Web3 guru, investor, and entrepreneur with a focus on emerging technologies. He has spent more than a decade championing early-market tech and ongoing innovation through successful collaborations with some of the biggest names in business, entertainment, and public affairs, including Nike, Manny Pacquiao, and the United Nations. Through his current leadership role at dropp, he and his team are helping usher in the web3 era for brands and businesses via multiple proprietary, patent-protected technologies that span AI, machine learning, computer vision algorithms, object recognition, streaming, AR, MR, VR, and cryptocurrency. Prior to co-founding dropp, Gurps doubled down on crypto’s potential to transform ecommerce by becoming one of the early investors and partners in Hub Culture in the early 2010s — and was one of the first to manage a crypto currency commodity trade. He also served as a strategic crypto advisor for the Bermudan government on bringing crypto projects to setup their businesses on the island.

Beyond his business, Gurps is an active social good changemaker and philanthropist who has participated in numerous cultural, community, and environmental initiatives at global, national, and local levels. From helping build a drug rehab clinic in Punjab, India, to creating “the world’s most expensive sneakers” as part of a campaign to raise funds and distribute clothing/shoes to those in need, to helping drive a carbon offset deal that helped Nike reduce its carbon footprint, Gurps is committed to serving communities in need and the planet at large.

The insights he shared throughout our interview were highly illuminating in terms of the future state of the internet, what consumers can expect from their ecommerce experience as brands embrace web3.

Tell us about your recent NFT Week Event in New York. What drew you to the city, and what were some key takeaways from the event for you?

I actually split my time between New York, Toronto, and LA – so generally, I’m always in town. I really love New York. I source so much creative energy just from being in the city. Toronto and LA are a bit more laid-back, which has its own benefits, but I’ve been around the world and firmly believe that no city has the same energy that NYC does. It’s easy to feel like you can achieve anything here.

As for the event, dropp’s subsidiary, droppLabs, recently partnered with Trufflez, a vertically-integrated premium cannabis company, to launch our first NFT project and droppMINT our new NFT onramp product. To kick off the project and partnership, we held an exclusive, invitation-only experiential launch event this summer that offered guests an opportunity to learn more about the technology, products, and services that we are leveraging to drive more brands and businesses into the web3 world while sipping cocktails, learning more about the utility and potential of NFTs, and networking. Rap star and actor, Dave East, even made an appearance to discuss NFT ownership and the project. It was a huge success. 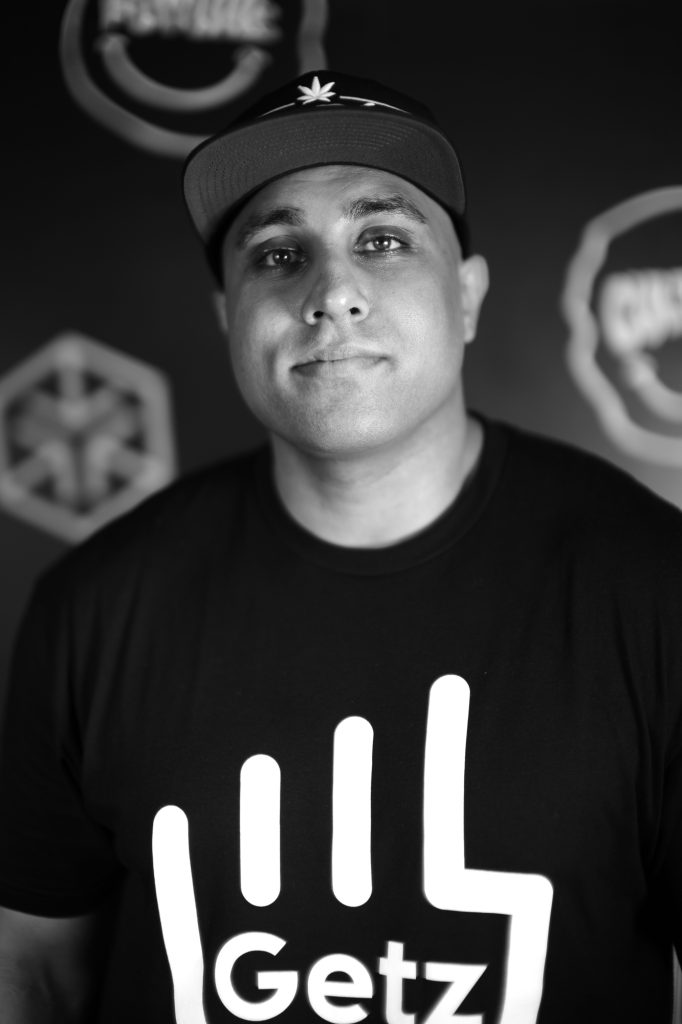 And can you tell us more about dropp, as an organization?

Dropp’s origin story sprang from a moment where my co-founder, Chris, and I experienced ecommerce friction as consumers (and, as my wife Johanna likes to call it, the greed of wanting to buy something that couldn’t be easily purchased). That day, we were watching a prerelease of a music video in which Drake was wearing a covetable puffer jacket that caught our eye. We both thought, “I love that jacket, what is it?” We assumed it was made by Moncler and started Googling but couldn’t find the exact SKU. We quickly grew frustrated, and we knew that there had to be an easier way to streamline that part of the consumer journey. We wanted to help create a more simplified “See it, want it, get it” experience – rather than requiring consumers to interrupt their entertainment to go hunt an item down for themselves. That realization gave birth to dropp’s legacy ecommerce solution: our “shopatainment” platform, droppTV, which was built to create a consumer journey that connects the initial spark of interest to the call of action in as few steps as possible. Since then, we’ve transitioned and expanded dramatically to help prepare brands for web3, while never losing sight of our roots in the video, XR and social commerce industries.

That’s so cool. What first sparked your interest in this kind of future-forward technology?

One day, while I was working at an FX (Short for Foreign Exchange) company in London in 2010, the founder pulled me into a meeting with a man I later discovered was one of the founding fathers of cryptocurrency. Well ahead of the curve, he passionately explained the potential of this real-world currency in digital form and even boldly suggested that companies that did not embrace crypto would die off. I remember scanning the faces of the others in the boardroom, who did not appear to be buying into his pitch – but I was listening intently. I was intrigued and wanted to learn more, so I handed him my business card as he was walking out of the room. I remember feeling unsure of the connection, since no one else offered him their card, but once we met up and he started teaching me about decentralized ecosystems and blockchain technologies, I knew he was onto something. I invested in his startup, and we’ve been very close ever since. He has been my sounding board for years, and – as I started learning more and meeting new people in the space – I have created my own objectives and perspective of how technology is evolving around us every day. Turns out, companies that have yet to embrace crypto (twelve years after that boardroom pitch) may still be around, but those who did embrace it have set themselves apart from the pack and achieved a substantial head start in this rapidly evolving, immersive tech landscape. And that’s been my goal with dropp – to help other business leaders and brands become early adopters of the transformative technologies that will forever alter the human experience, like that friend did for me.

Why do you think so many people have been resistant to embrace these technologies?

I think it largely stems from the unknown elements of that territory – and the kind of approach that those who advocate for it can take. Oftentimes, passionate web3 innovators and crypto heads can come in a little too strong, too hot, and heavy, which can scare or irritate people. Take Netflix, for example. If you go into their offices and tell them all the ways that their company is missing the mark, but they have $80 billion+ in market share, they may laugh you out of the building and will certainly be resistant to what you’re selling. The key is to approach prospective clients and educational opportunities in a way that adds value and blends nicely with what they’re already doing.

For the event in NYC, I wanted to sidestep the typical “leave enthused but confused” experience I’d seen occur at so many other NFT events by gathering those who didn’t fully understand or buy into crypto and explain the technology and its applications in a way that felt tangible and made sense to them. We wrapped that discussion around our technology and even gamified it. For instance, if a guest wanted to get to the private bar, they had to buy an NFT that granted them access – only to discover that the NFT was actually a drink ticket. Digital goods meet tangible function in the real world.

That’s so cool. What do you see for the future of bitcoin, web3 and NFTs?

The future is definitely bright for all of the above. Our company objective is to get the next 1 billion people into the Web 3.0 and all the elements that go with it. So right now, the technology has trillions of dollars behind it. It’s still being built so that it can be consumed by the public, and the future of this is basically maturity of the technology so it’s easy to use. Right now, if you wanted to buy an NFT for instance, you have to go get a metamask wallet. Then you have to integrate that to chrome. From there you have to have to connect your wallet to an exchange. If it’s a 3D file or if it’s an MP3 file what do you do with it? The answer is there is really nothing for you to do with it unless you know how to do it. Your average person is not going to do that. I can understand a crypto head or technologist, but that’s really our vision. 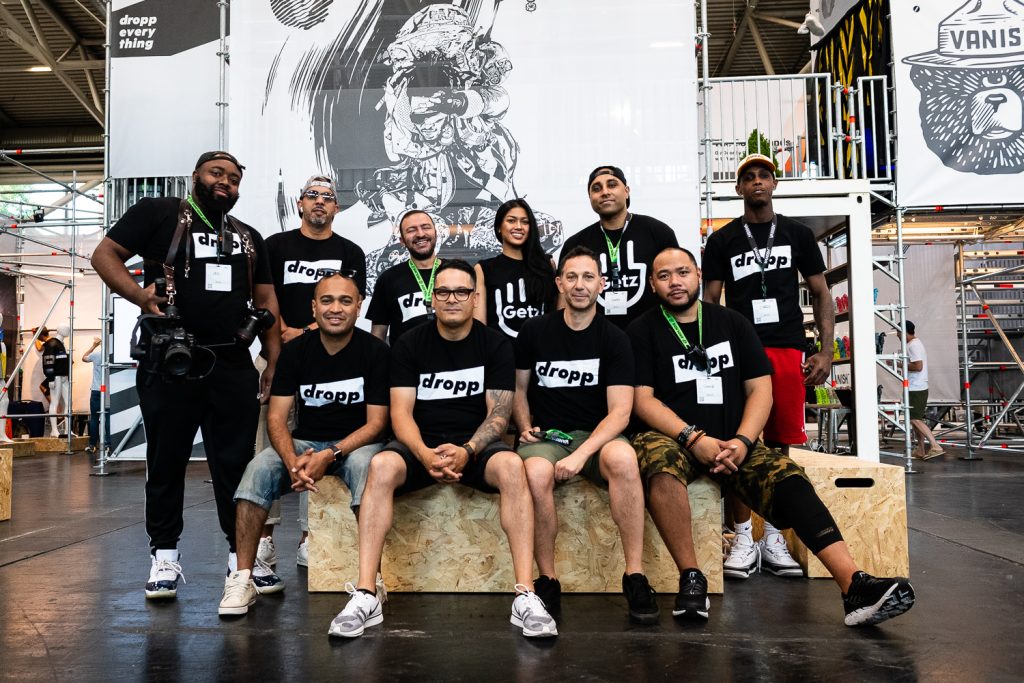 As a philanthropist, what projects are you currently working on? What projects or initiatives have you been most proud of?

Right now, I’m working on an exciting project that ties web3 enablements into education for disenfranchised neighborhoods. I’m a firm believer that if you can make education fun, accessible, and applicable to real-world experience, kids will learn faster, more enthusiastically, and more actionably. They will be able to translate those skills and teachings into creating a better life for themselves. We’re actually working with several STEM programs across America, which we hope to unveil in the near future. The most I can say about it today is that the collaboration will be really cool, disruptive to traditional education systems and protocols, and constructive to the children who will participate.

I’m also excited about some work I’m doing to help mentor and uplift people in the music industry, which I grew up in. A lot of my friends are top artists now, but I saw their struggle firsthand. I saw how difficult it was for them to have the talent but not be able to monetize that talent properly. There were a lot of traps and pitfalls. To help make the journey easier for the next generation, we’re helping independent artists in New York by connecting them with topical thought leaders in fields such as business and finance, marketing to legal and production. Many of these artists don’t own their albums or have a legal entity, so they don’t know how to collect the money that’s on the table for them with their talent. That’s my main philanthropic focus right now!