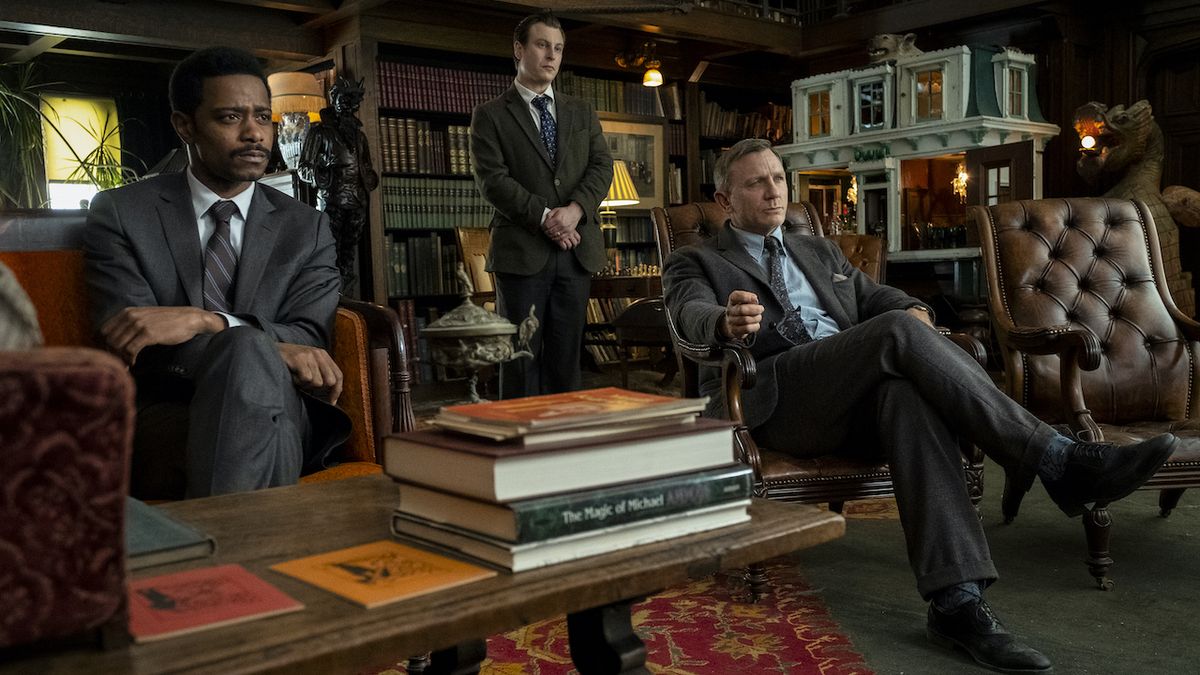 If you’re looking to catch a movie, but aren’t in the mood for an action-packed tale like The Woman King or a horror story like Pearl (the prequel to this past March’s X), maybe a whodunnit would be more to your liking. If that’s the case, then it’s worth watching See How They Run, which follows Sam Rockwell’s Inspector Stoppard and Saoirse Ronan’s Constable Stalked investigating a crime in 1953 London. We’ve been seeing more murder mysteries in Hollywood in recent years, and See How They Run director Tom George has acknowledged that Rian Johnson’s Knives Out paved the way for this to happen.

After finishing his work on Star Wars: The Last Jedi, Rian Johnson turned his attention to Knives Out, which he first thought up after finishing 2005’s Brick, his feature-length directorial debut. Nearly a decade and a half after that inception, the movie that introduced us to Daniel Craig’s Benoit Blanc was released to the public, scoring critical acclaim and making over $311 million worldwide off a $40 million budget. That was more than enough to get a Knives Out sequel greenlit, and as far as See How They Run goes, Tom George the following to THR when the outlet pointed out how there’s been “a bit of a resurgence for Agatha Christie-inspired whodunnits,” and wondered if movies like Knives Out helped George’s 2022 movie get off the ground:

It’s not like movies containing mysteries to be solved have been absent from Hollywood for a long time, and Tom George pointed out, the United Kingdom still sees a steady stream of such stories. Still, as far as the Hollywood space goes, flicks like Knives Out and See How They Run that take cues from Agatha Christie-like material have been resurfacing more often. We can even count something more comedic like Adam Sandler and Jennifer Aniston’s Netflix movie Murder Mystery in that group. Sure, franchises like Marvel and Star Wars may always reign supreme at the box office, but there’s still a market for big screen stories where people are trying to uncover the answers behind why someone was killed. George also had this to say about why audiences enjoy the murder mystery genre so much:

Sam Rockwell and Saoirse Ronan are joined in See How They Run by Adrien Brody, Ruth Wilson, Reece Shearsmith, Harris Dickinson, David Oyelowo, Charlie Cooper and Shirley Henderson, the latter of whom plays the queen of the whodunnit herself, Agatha Christie. While the movie hasn’t made much of a splash at the box office so far, it has earned a decent amount of critical reception. As for Rian Johnson’s work in the Knives Out world goes, Netflix subscribers are only a few months away from seeing Glass Onion: A Knives Out Story, which takes place in Greece. Daniel Craig’s co-stars in the Knives Out sequel include Edward Norton, Dave Bautista, Janelle Monáe, Kathryn Hahn, Leslie Odom Jr., Jessica Henwick, Madelyn Cline, Kate Hudson and Ethan Hawke. Knives Out 3 is also in development.

Head to your local theater to check out See How They Run, and following its limited theatrical run starting in November, Glass Onion: A Knives Out Story will premiere December 23 on Netflix. Find out what’s coming in the next year with our 2023 release schedule.