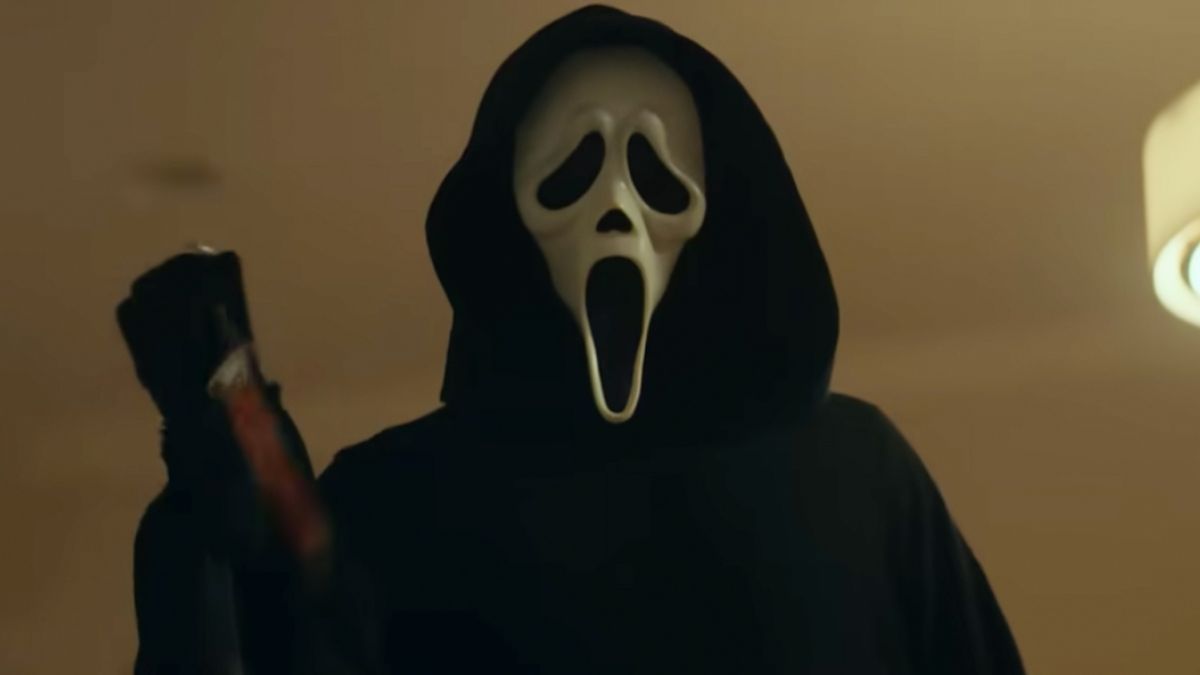 The promotion of films is often as important as the films themselves and that usually includes a very specific schedule for when new information is going to be released. While rumors or other leaks revealing information that a production would rather keep secret are always a risk, it’s rare, though certainly not impossible for things like trailers to hit the internet before a studio is ready, though usually, as with the Suicide Squad trailer leak years ago, it happens at conventions. And yet, a trailer leak is exactly what appeared to have happened to the new Scream film.

A trailer recently began making the rounds which purported to be a leak of the first trailer for the forthcoming Scream 6. However, based on a tweet from the official Scream Twitter account, it appears that the “leak” is actually a fan-made trailer, not the real thing. The Scream account responded to a post about the alleged leak with a stab of its own.

Stab is the fictional film series within the universe of Scream which is based on the events of the films. So in a meta sort of way, a fictional trailer designed to evoke the Scream franchise, but not actually part of that franchise, is essentially like the Stab movies.

Fan made trailers for movies that don’t exist is a fairly common practice. In most cases those trailers are presented as what they honestly are, a tribute to a movie or franchise that somebody loves in the form of a trailer. Sometimes a video on YouTube might try to trick a viewer into believing a new trailer has been released or unofficially leaked, but it doesn’t take more than a moment of watching to realize the truth. This trailer, it seems, looked legitimate enough that it fooled more people than most other attempts.

In the end, however, this was just a fan made trailer, but one doesn’t make a fake trailer for Scream 6 without having some degree of interest in the franchise. It’s at least a back-handed compliment to Scream that somebody would go to the effort of making a believable fake trailer.

Scream 6 is currently set for release on March 31, 2023, and five months prior to release isn’t too early for a first trailer. Seeing a new trailer for a highly anticipated horror movie release around Halloween also wouldn’t be that shocking, so circumstances aligned in a way that probably made it easier for fans to believe this was real.  At the same time, filming on Scream 6 just wrapped less than two months ago, so a trailer now would be awfully fast.

Of course, the downside is that there are a bunch of Scream fans who want to see a trailer for Scream 6. Many of them probably sought out the alleged leak, and whatever they thought of it, fans are now that much more ready for an actual trailer. Maybe, after the success of the fake trailer, a real one isn’t that far away.