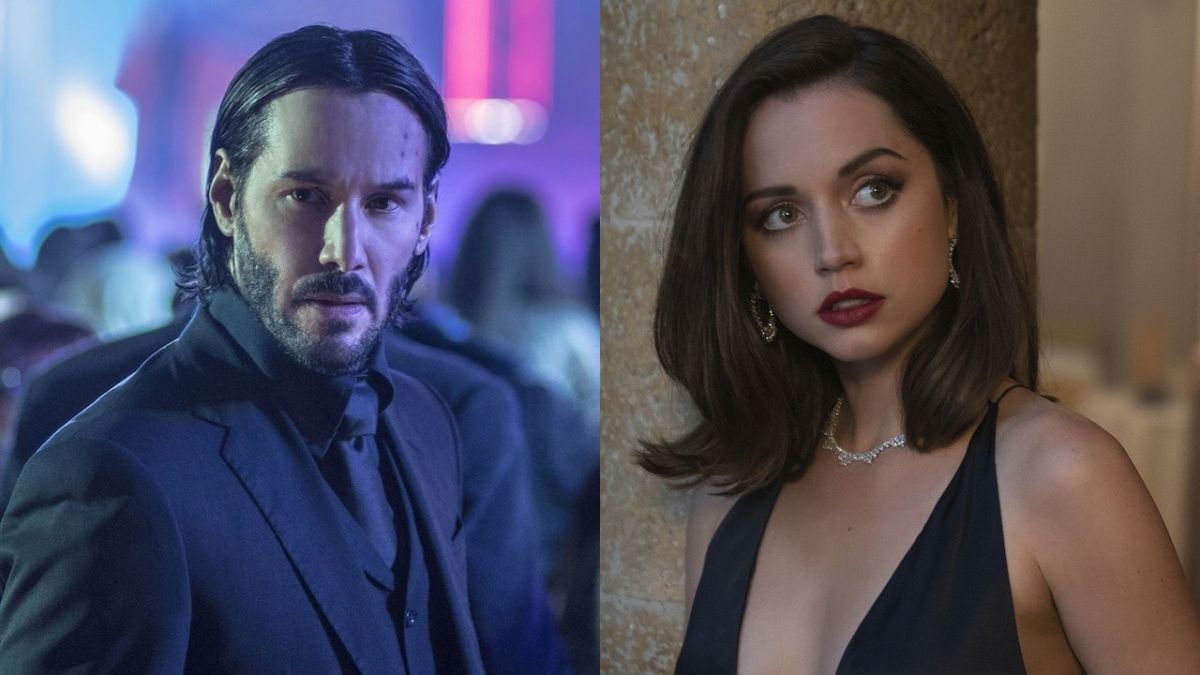 The John Wick film series is going strong, and the series is set to branch off with a spinoff. Ana de Armas is headlining Ballerina, and it was just reported that the movie is officially in production. That confirmation was also accompanied by the news that franchise vet Ian McShane will reportedly reprise his role as the dangerous Winston for the cinematic offshoot. Now, it would seem that he won’t be the only Wick alum returning for the movie, as it’s now been said that the face of the franchise, Keanu Reeves, is set to team up with de Armas for the highly anticipated action flick.

News of Keanu Reeves’ alleged involvement in Ballerina comes from Variety. The trade specifies that the actor will likely make an appearance in the movie, and that language suggests that he’ll play a minimal role in this original story. However, the idea of Reeves appearing alongside the movie’s leading lady is incredibly exciting. As of this writing, Lionsgate has not commented on Reeves joining the motion picture.

The upcoming spinoff tackles a different corner of the fictional, action-packed universe. It’ll see a young female assassin hunting down those who killed her family. This is a personal project for growing action star Ana de Armas, who joined the production last year. Though her film exists in a pre-existing franchise, the No Time to Die alum wanted to make sure that it stood on its own from a production standpoint. Earlier this year, de Armas revealed that she requested a female writer for the project.

While the notion of Keanu Reeves’ Wick joining the story is cool, it does bring up a number of questions. The biggest is, of course, what causes him to cross paths with the lethal lady. Is it possible that the two get on each other’s radar in a bad way? It could happen but, then again, considering that the Continental is likely in play here, there’s a chance that they’ll meet at one of the hotel chain’s locations.

An official release date has not been announced for Ballerina as of this writing but, given that it’s filming right now there’s a fair chance that it could drop as a part of the schedule of 2023 new movie releases. We do know for sure, though, that John Wick: Chapter 4 is set to release that year on March 24.