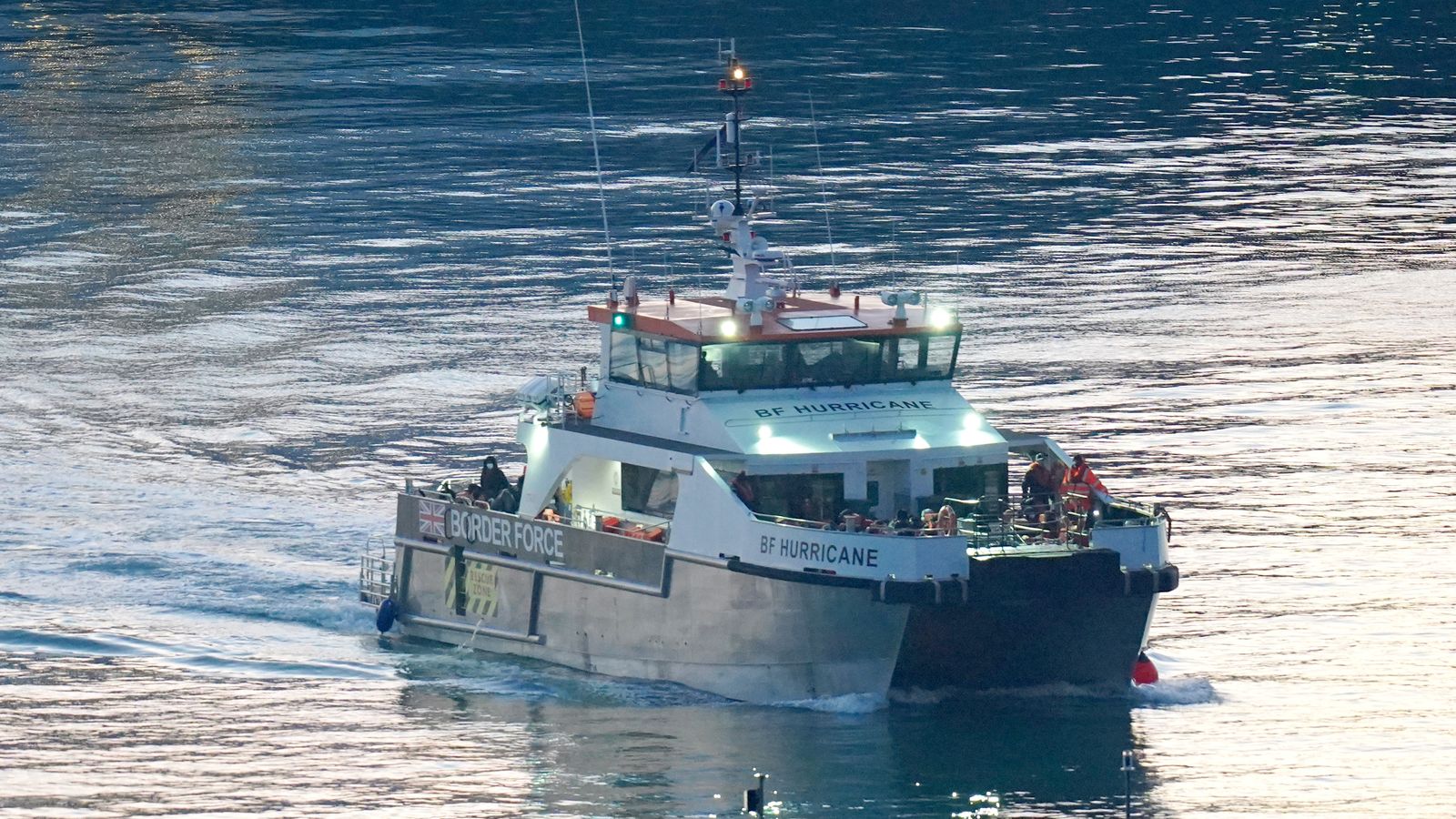 Home Secretary Suella Braverman will travel to Paris to sign a new joint declaration with French officials to ramp up efforts to stop migrant crossings in the Channel.

The home secretary will sign the agreement with French interior minister Gerald Darmanin on Monday morning.

According to the Financial Times, the agreement will significantly increase the 200 French officers and volunteers who operate on Channel beaches and encourage France to aim for a higher proportion of migrants prevented from leaving.

It will also include a rise in payments from London to Paris and a closer relationship between the two countries’ border policing teams, the newspaper reported.

Read more: Traffickers turn to new and more dangerous ways to smuggle people across the Channel

The UK and France have been in talks for several months over the renewal of longstanding arrangements to police the Channel.

French officials said the number of officers patrolling to stop small boat crossings will increase from 200 to 300 by mid-2023 under the new agreement, the newspaper reported, with the UK covering additional monitoring costs.

It added that the deal also plans for a French operations centre to be reinforced, while British border force officers will be present as observers for the first time, all while respecting France’s sovereignty.

On Friday, Foreign Secretary James Cleverly and his French counterpart Catherine Colonna issued a statement stressing the “urgency of tackling all forms of illegal migration”. 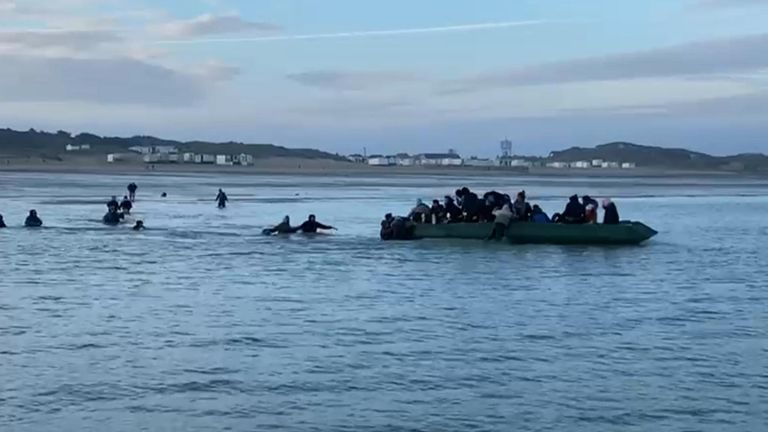 Migrants seen getting on dinghy in Calais

So far this year, around 40,000 people have crossed the Channel in small boats, up from 28,526 last year, putting pressure on Prime Minister Rishi Sunak.

Border Force officials were seen bringing groups of people to shore at Dover on Saturday, marking the first arrivals this month following a spell of bad weather.

The past few years have seen a sharp increase in the number of people reaching the UK in small boats from France.

Meanwhile, Italy, Greece, Cyprus and Malta have complained they were forced to bear the brunt of migrants crossing the Mediterranean and called for changes in European Union policy.

The four southern European states said in a joint statement that responsibility should be shared more widely across the bloc when it comes to sheltering people rescued by charity boats.

Thousands to be vaccinated at Manston migrant centre

In the UK, health authorities have said thousands of migrants passing through the Manston processing centre will be vaccinated against diphtheria after dozens of cases of the highly contagious disease were confirmed in England.

The UK Health Security Agency (UKHSA) said it is working with the Home Office to vaccinate migrants at the centre after it was revealed on Friday that 39 diphtheria cases had been identified in asylum seekers in England in 2022 as of 10 November.

The UKHSA warned accommodation settings should be considered “high-risk for infectious diseases”.

The agency said in many cases the illness had been contracted abroad and carried to the UK and it stressed the need for action to “minimise the risk of further transmission”.