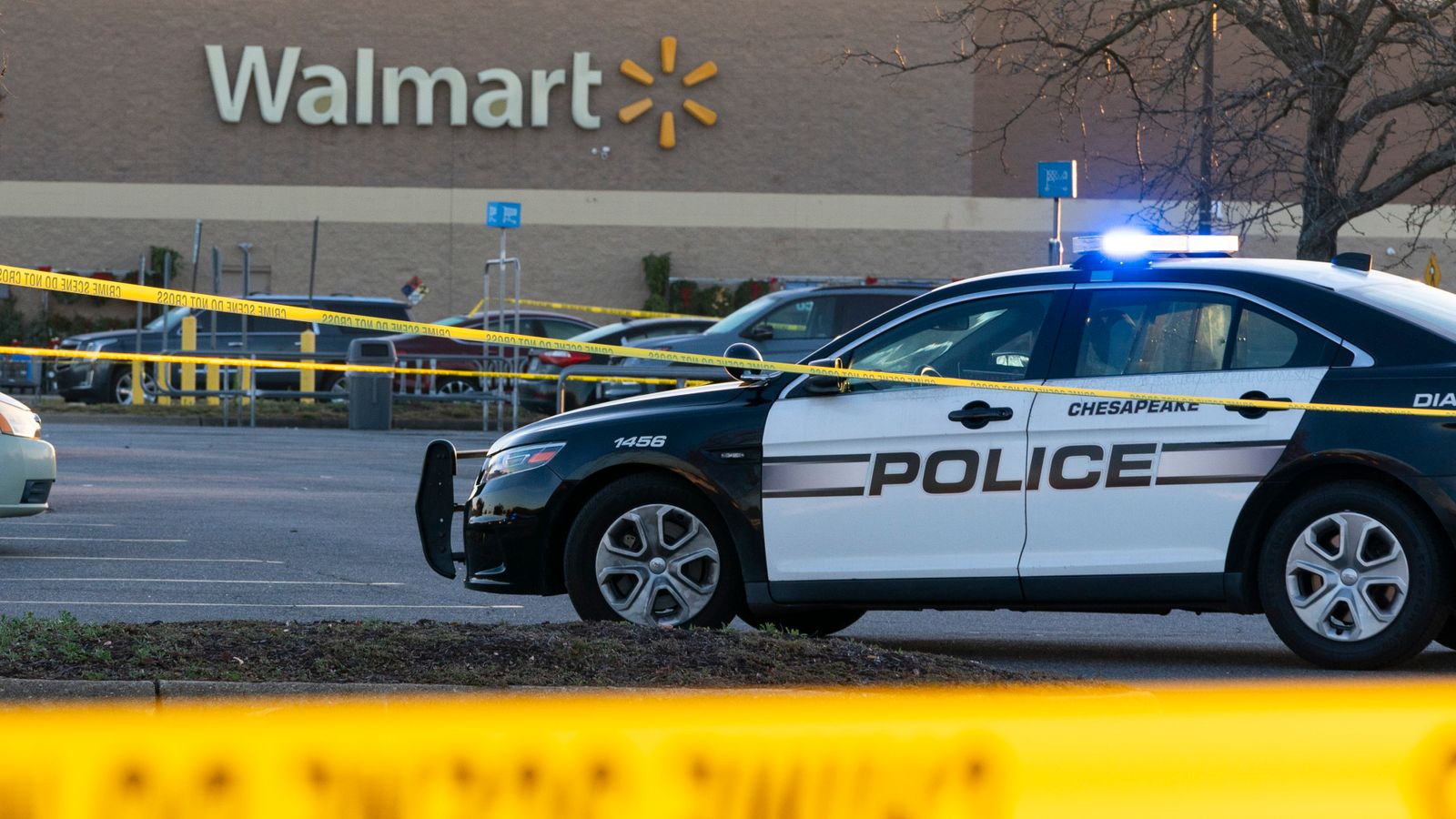 Six people have been killed after a Walmart employee opened fire at a store in Virginia.

Police said a seventh person who died is believed to have been the gunman and four more victims are in hospital.

It happened in the city of Chesapeake, with police called shortly after 10pm local time, spokesman officer Leo Kosinski said.

“Chesapeake Police confirm an active shooter incident with fatalities at the Walmart on Sam’s Circle. The shooter is deceased,” the City of Chesapeake tweeted. 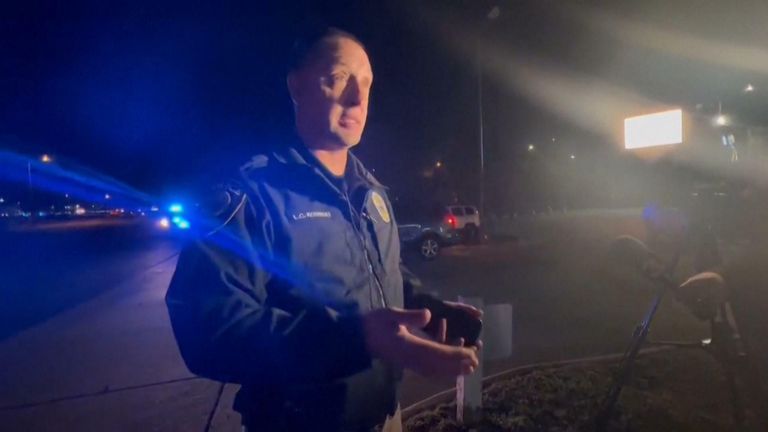 A witness in a Walmart uniform, called Kevin Harper, claimed he left a staffroom which the suspect, who he said was a manager at the store, then entered and opened fire in.

“It was wild. It was a manager – one of the managers,” he said in a Facebook Live from the scene.

“Sadly, though, we lost a few of our associates, I don’t know how many.”

One woman told WAVY-TV that her brother, a 20-year-old employee, was shot just 10 minutes after arriving at work.

Senator Louise Lucas tweeted: “I am absolutely heartbroken that America’s latest mass shooting took place in a Walmart in my district in Chesapeake, Virginia tonight.

“I will not rest until we find the solutions to end this gun violence epidemic in our country that has taken so many lives.”

A number of people were also injured and Sentara Norfolk General Hospital, in the nearby city of Norfolk, was reported to be treating five victims.

Mr Kosinski said police believe the shooting happened inside the store but one person was found dead outside the building.

Mr Kosinski added that no shots were fired by police “to his knowledge”.

He added that the store was very large and that there were lots of places for people to hide from a shooter.

The City of Chesapeake Twitter account tweeted: “A family reunification site is set up at the Chesapeake Conference Center (700 Conference Center Drive). This site is only for immediate family members or the emergency contact of those who may have been in the building.”

Senator Mark Warner tweeted: “Sickened by reports of yet another mass shooting, this time at a Walmart in Chesapeake. I’ll be monitoring developments closely.”

Walmart Inc said it was “shocked” at the events in its store.

The company tweeted: “We are shocked at this tragic event at our Chesapeake, Virginia store. We’re praying for those impacted, the community and our associates.”

The Walmart in Chesapeake is a “supercenter”, which means it sells groceries and other products. There are more than 3,500 Walmart supercenters in the US.

The Virginia shooting comes three days after a person opened fire at a gay nightclub in Colorado, killing five people and wounding 17.

The alleged attacker, who is nonbinary, was arrested after patrons at the club tackled and beat them.

There have been 606 mass shootings, defined as involving four or more victims, in America this year according to the Gun Violence Archive.

Big win for Joe Biden as Democrats land outright majority in the US Senate, NBC News projects
Michael B. Jordan Showed Creed III To Ryan Coogler. Then, The Black Panther Director Shared His Honest Response
Carvana shares tank as bankruptcy concerns grow for used car retailer
Sam Bankman-Fried could face years in prison over FTX’s $32 billion meltdown — if the U.S. ever gets around to arresting him
First Look At Jonathan Majors’ Next Role Shows He Didn’t Just Get Ripped For Creed III