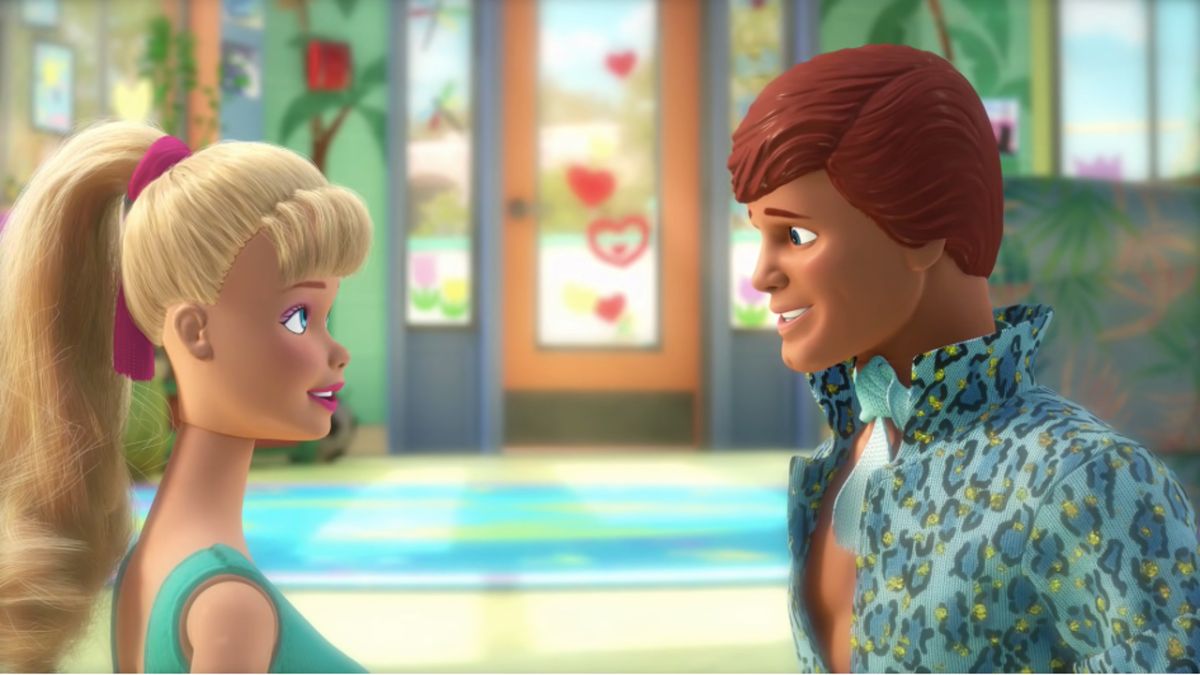 While the Toy Story movies appeal to viewers of all ages, they’re mostly aimed at young children. However, some are now wondering if the franchise made a very adult move years ago. Fans seem to believe a that viral TikTok has found one particular scene that from the third film included an f-bomb.

As soon as Barbie and Ken looked into each other’s eyes in the 2010 threequel, it was love at first sight. (Seriously, if we don’t end up getting a fifth movie, maybe these two can get a Toy Story spin-off of their own.) But of course, the pair would later come into conflict due to Ken’s loyalty to the evil Lotso, leading Barbie to destroy some of the fashion lover’s clothes. Now, a TikTok video posted by kittyfeeley has shed new light on the moment in which she rips up a pair of shorts as a shocked and tied-up Ken witnesses the act. Though the video’s quality sounds a bit muddled, the user and some fans are under the impression that the handsome toy didn’t say “Oh Barbie” but Oh, fuck” instead. Listen in for yourself:

TikTok commentators are mixed about what they heard. There are some who say they heard “Oh Barbie” the first time, only for that to change as they kept replaying the video. Others said they definitely heard an f-bomb. So why is this so confusing? Well, IFLScience says that this auditory discourse could be the result of the McGurk effect, during which the brain is tricked into hearing different things based on what the visual information presents. Since there’s a caption over the video presenting two choices, the brain could automatically triggered to listen in specifically for those two things.

Since the Toy Story movies are G-rated, I’m confident that there’s no f-bomb here. A non-kid-friendly movie like Sausage Party or an adult animation show on Netflix, however, would have such a thing, though. Still, the Pixar movies have toed the line, as evidenced by a deleted Toy Story 2 featuring the villainous Prospector and a couple of Barbie dolls. Needless to say, the moment doesn’t play well in the era of #MeToo.

Things like that and the theoretical f-bomb aside, the series remains massively popular. When discussing the prospect of another movie, Forky actor Tony Hale said he would definitely be up for it, as you can’t say no to Pixar. Tim Allen once stated he felt the same way and wouldn’t find it surprising if a fifth movie was in the works. It’s also worth mentioning that Allen and Tom Hanks hang out quite often, though that’s probably more so due to the fact that the two have become close friends over the years.

I can guarantee you that neither actor has dropped an f-bomb in a Toy Story installment though (theoretical outtakes aside), and I don’t think there”s one here. Personally, when I heard it for the first time, I almost thought I did hear the swear word. Then a few listens later, I heard “Oh Barbie.” This debate could rage on for a little while and, if it now has you wanting to revisit Toy Story 3, you can do so using a Disney+ subscription.

James Cromwell Gets Emotional While Talking About How He Came Up With His Famous ‘That’ll Do, Pig’ Line In Babe
Safety First: How Grailzee Is Changing The Game Of Luxury Watch Transactions
John “SohoJohnny” Pasquale Does “The Beast Inside” An Industry Premiere at The Village East, Angelika Theater in New York City 1/29/23
What’s The Big Frigin’ Difference?!
Jeanie Buss Guests On The Simonetta Lein Show On SLTV