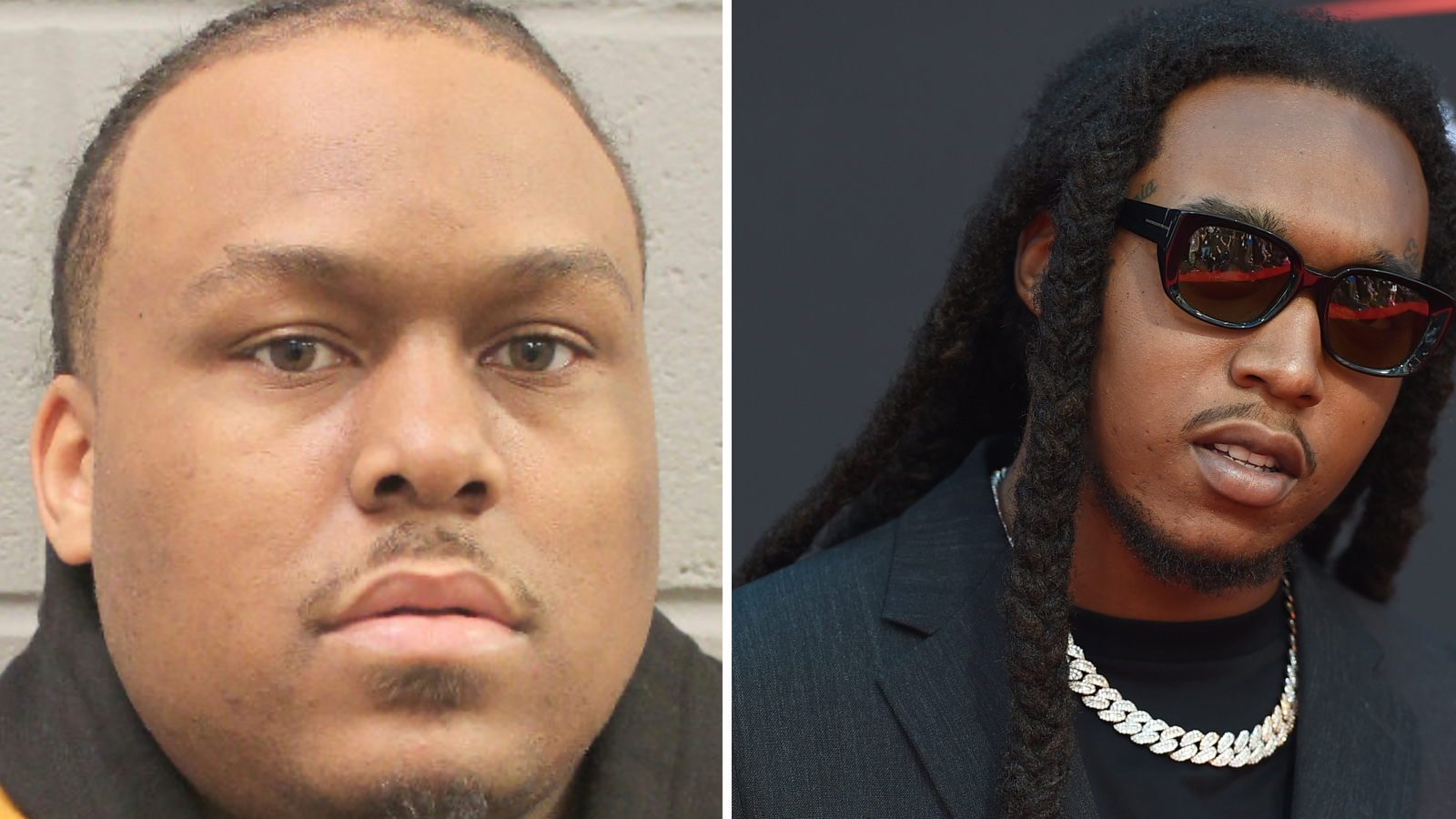 A 33-year-old man has been arrested following the fatal shooting of rapper Takeoff.

Patrick Xavier Clark has been charged with the murder of the Migos star, who was killed last month outside a bowling alley in the US city of Houston, Texas.

Takeoff was the youngest member of the Grammy-nominated rap trio, which also featured his uncle Quavo and cousin Offset.

Born Kirsnick Khari Bal, the 28-year-old was one of three people police said were shot in the incident when an argument erupted as around 40 people left a private party.

The other victims were a man and a woman, who both suffered non-life threatening injuries during the shooting, in which at least two people fired shots.

Speaking at a news conference on Friday, Police Sergeant Michael Burrow said the shooting followed a dispute over a game of dice, but that Takeoff was not involved and was “an innocent bystander.”

The day after the attack, Houston Police Chief Troy Finner said Takeoff was “well respected” and there was “no reason to believe he was involved in anything criminal at the time”.

On Wednesday, police announced the arrest of another man named Cameron Joshua in connection to the shooting.

The 22-year-old was charged with illegally having a gun at the time Takeoff was shot, but Sgt Burrow said investigators believe it was Clark’s gunfire that killed the rapper.

After Takeoff’s shooting, Clark applied for an expedited passport by submitting the itinerary for an “imminent” flight to Mexico, according to court records.

They say he was arrested the day he received the passport and was in possession of a “large amount” of cash.

Migos’ record label Quality Control mourned Takeoff’s death in a statement posted on Instagram that attributed it to “senseless violence”, while fellow musicians including Drake and Justin Bieber celebrated his legacy in a memorial service.

Migos first broke through with the massive hit Versace in 2013.

They had four Top 10 hits on the Billboard Hot 100, though Takeoff was not on their multi-week number one hit Bad and Boujee, featuring Lil Uzi Vert.

They put out a trilogy of albums called Culture, Culture II and Culture III, with the first two hitting number one on the Billboard 200 album chart.

Takeoff and Quavo released a joint album Only Built For Infinity Links just weeks before his death.