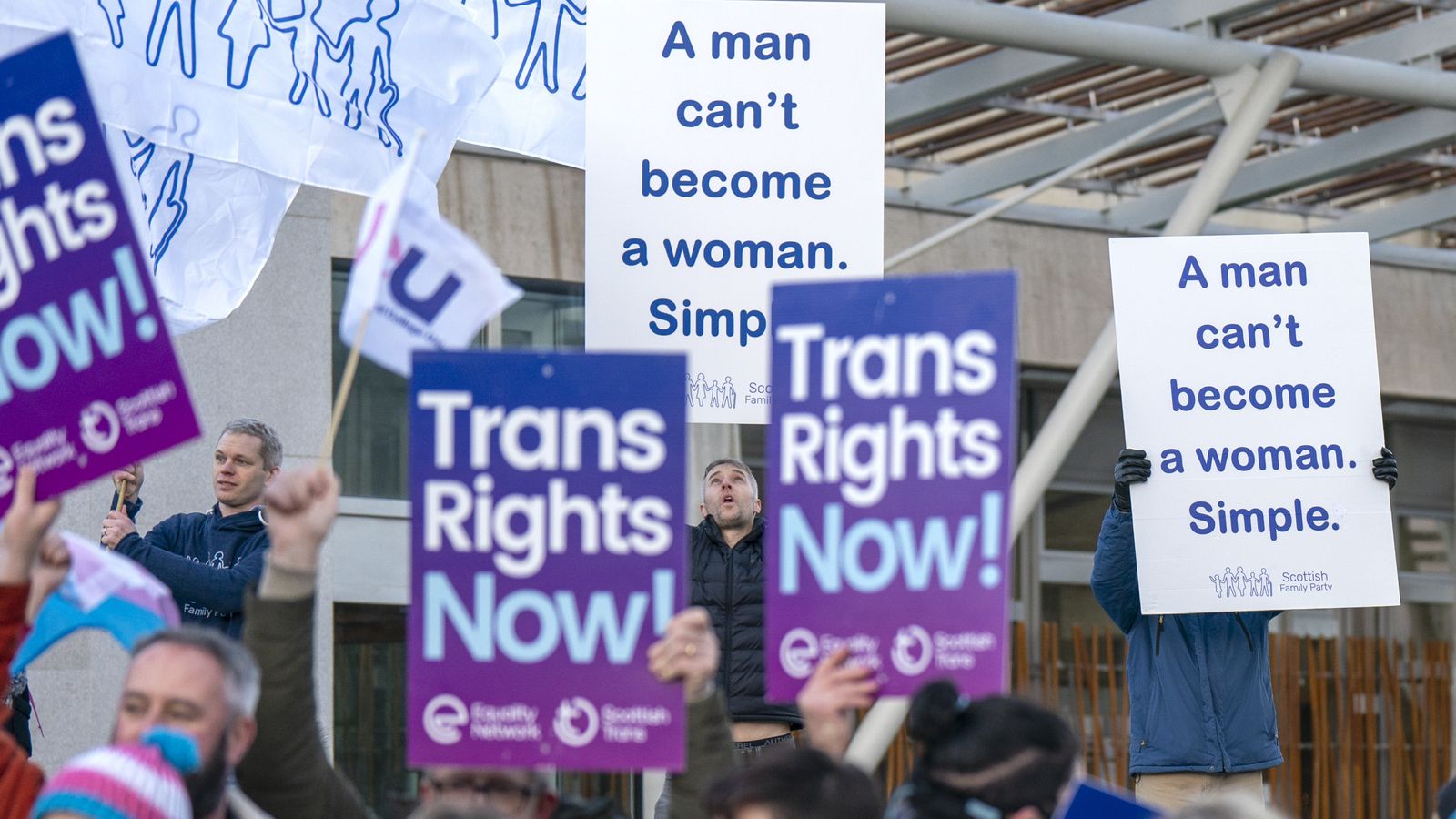 The UK government has blocked Scotland’s gender reform bill in an unprecedented intervention which Nicola Sturgeon has described as a “full-frontal attack” on the Scottish parliament.

Downing Street has the power to stop legislation from Holyrood receiving Royal Assent – the final stage of any new bill – if it believes it will have an adverse impact on UK-wide law.

Scotland Secretary Alister Jack has confirmed that he will lay a section 35 order at Westminster on Tuesday to prevent the legislation being sent to the King for royal assent.

In a statement, he said: “I have not taken this decision lightly.”

In the 25 years since devolution, no British government has taken this step – until now.

In a tweet posted in response to Mr Jack’s announcement, the first minister said: “This is a full-frontal attack on our democratically-elected Scottish parliament and its ability to make its own decisions on devolved matters.

“The Scottish government will defend the legislation and stand up for Scotland’s parliament.

“If this Westminster veto succeeds, it will be first of many.”

The Gender Recognition Reform (Scotland) Bill was passed by a majority of MSPs last month, with Ms Sturgeon hailing at as a “historic day for equality”.

The new legislation would lower the age people can apply to change their gender to 16, remove the need for a medical diagnosis of gender dysphoria for a gender recognition certificate (GRC), and reduce the time an applicant needs to live in their acquired gender.

But while the bill has been welcomed by equality campaigners, UK ministers fear it may lead to gender tourism and that people who change gender in Scotland would have a different legal gender when they are in the rest of the UK.

Critics of the legislation are also concerned that organisations offering single-sex spaces would have to adopt different policies. 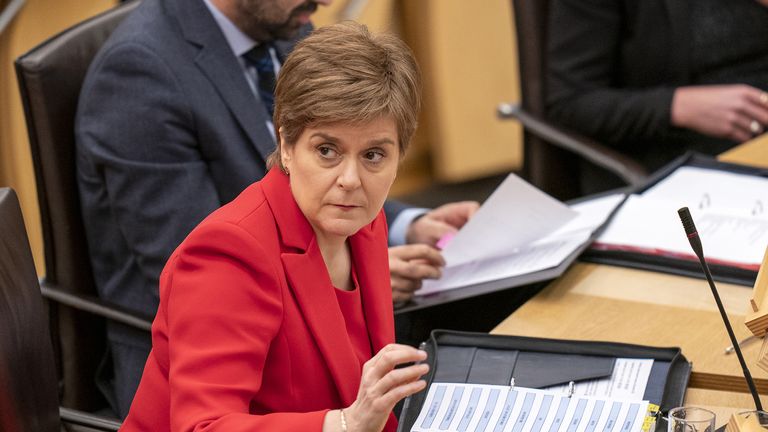 Announcing the move to block the gender reform bill, Mr Jack said: “I have decided to make an order under section 35 of the Scotland Act 1998, preventing the Scottish parliament’s Gender Recognition Reform (Scotland) Bill from proceeding to royal assent.

“After thorough and careful consideration of all the relevant advice and the policy implications, I am concerned that this legislation would have an adverse impact on the operation of Great Britain-wide equalities legislation.

“Transgender people who are going through the process to change their legal sex deserve our respect, support and understanding. My decision today is about the legislation’s consequences for the operation of GB-wide equalities protections and other reserved matters.

“I have not taken this decision lightly.

“The bill would have a significant impact on, amongst other things, GB-wide equalities matters in Scotland, England and Wales. I have concluded, therefore, that this is the necessary and correct course of action.

“If the Scottish government chooses to bring an amended bill back for reconsideration in the Scottish parliament, I hope we can work together to find a constructive way forward that both respects devolution and the operation of UK parliament legislation.

“I have written today to the first minister and the Scottish parliament’s presiding officer informing them of my decision.”

For many equality campaigners, this move is insulting and heart-breaking.

After years of painstaking work, they see tonight’s decision as a painful step back for a group of people who already face a barrage of societal, emotional and bureaucratic hurdles to live their lives.

Ministers in Westminster, however, believe they had little choice but to block the law.

One senior UK government source told me the Holyrood legislation was a “phenomenal mess” which could cause problems across the country regarding pensions, benefits, schools and prisons.

A second senior source described it as a “constitutional nightmare”.

Those involved are keen to point out they followed legal advice and the decision was not ideological but administrative.

UK government officials are confident a majority of Scots are on their side. Private government polling suggests 52% of 2019 SNP voters back the move. That figure is significantly higher when considering the whole electorate.

Tonight’s carefully-worded statement from the Scottish secretary is evidence that he realises the sensitivity of this issue.

Alister Jack said that transgender people “deserve our respect, support and understanding”, that he has “not taken this decision lightly” and that he will be “constructive” if the Scottish government put forward an amended bill.

Nonetheless the move is unprecedented: a ‘section 35 order’ (which will prevent the legislation getting royal assent) has never before been issued in the 25-year history of devolution.

The wider concern in Whitehall is that Nicola Sturgeon’s government will use this decision as evidence that Scottish democracy is broken and use it as a powerful argument to bolster the case for independence.

For Rishi Sunak, a prime minister keen to de-escalate, and de-dramatise Scotland’s constitutional debate, this move is likely to do the opposite.

Earlier today, Ms Sturgeon said “it would be an outrage” if the UK government were to block the bill.

In a briefing on NHS pressures, she accused UK ministers of “using trans people as a political weapon”.

“In my view there are no grounds to challenge this legislation,” she told reporters. 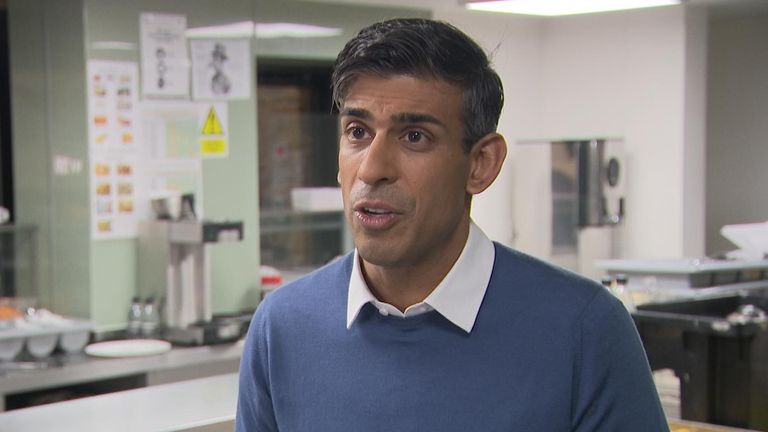 Rishi Sunak says that the UK government will decide on the

The first minister said the move to block the legislation would create a “very, very slippery slope indeed”, adding that it could “normalise” and “embolden” the UK government to do the same in other areas.

Ms Sturgeon said the Scottish government would “robustly and rigorously and with a very, very high degree of confidence” defend the bill. 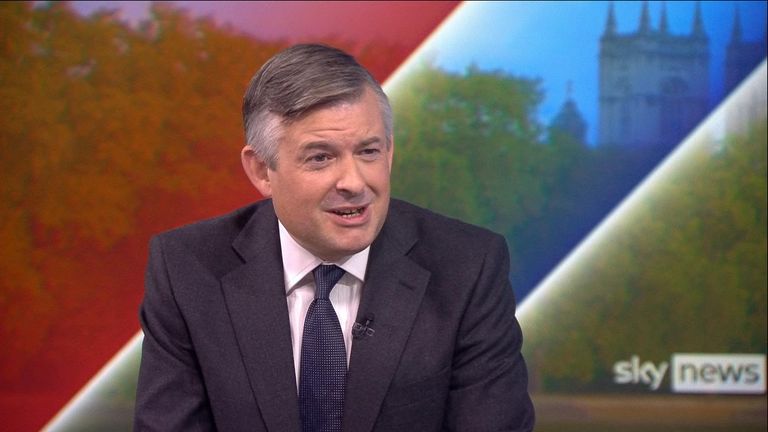 Will Labour back gender reforms bill?

Prime Minister Rishi Sunak has previously said it was “completely reasonable” for the UK government to consider blocking the reforms.

At the weekend, Labour leader Sir Keir Starmer voiced his concerns with the legislation, saying 16 was too young for such a decision to be made.

The bill was backed by the Scottish Labour Party, with the exception of two MSPs who resigned their frontbench positions to vote against it.

Nancy Kelley, chief executive of Stonewall, a leading transgender rights charity in the UK, accused the PM of using trans people’s lives as “a political football”.

In a statement following the UK government’s announcement, Ms Kelley said: “This is the nuclear option.

“It is the only time that section 35 of the Scotland Act has been used since 1998, in an unprecedented move which significantly undermines the devolution settlement and will unlock constitutional and diplomatic strife.”

But Scottish Conservatives’ equalities spokesperson Rachael Hamilton said the UK government was left with “little option” but to make a section 35 order after Scottish ministers rushed through the legislation “at breakneck speed”.

‘Addams Family’ OG Wednesday Addams Lisa Loring Dead at 64
Here’s How Moms For Liberty Is Lying About Books
James Cromwell Gets Emotional While Talking About How He Came Up With His Famous ‘That’ll Do, Pig’ Line In Babe
Sixth Memphis police officer sacked over Tyre Nichols’ killing
Alec Baldwin to make first court appearance over fatal Rust shooting this month