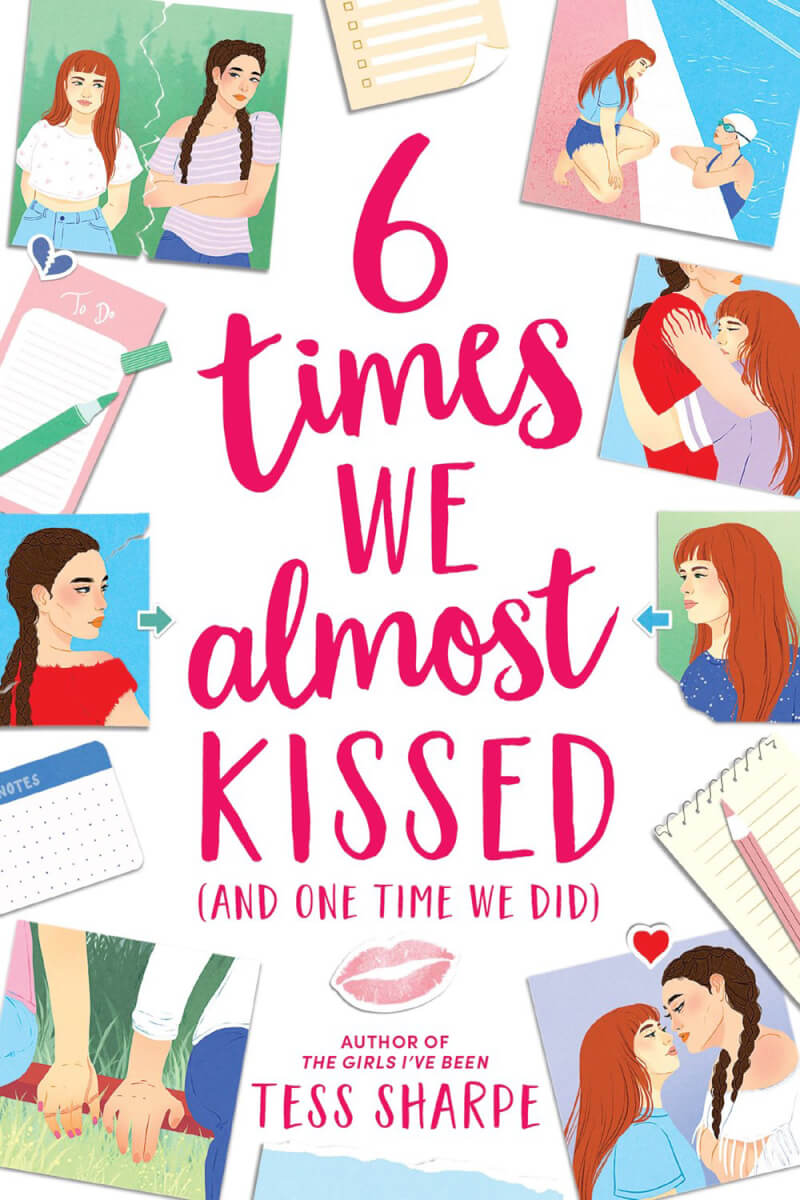 But Tate lives with the ever-present threat that her mom’s illness, a genetic condition that impacts Anna’s lungs and liver, will spiral out of control, while Penny lives in the aftermath of a horrific rafting accident that took her father’s life. Penny’s mom, Lottie, has been distant and cold in the two years since the accident, and Penny tries to tiptoe around her while working through her own grief and guilt.

So when Lottie decides to become a living liver donor for Anna and combine their two households to save money while they recover, it’s a shock to the fragile ecosystem that Penny has so carefully constructed. There’s no way she and Tate can survive an entire summer in the same house without exploding, so they decide to call a truce. Its terms include no fighting, no snitching, equitable division of labor and no stressing out their moms. Unfortunately for Penny and Tate, some things between them just can’t stay buried forever, truce or not.

6 Times We Almost Kissed (and One Time We Did) may sound like the title of a sweet, comedy-of-errors rom-com, but Tess Sharpe’s novel is not so fluffy. Although inspired by the “five things” fan-fiction story concept, the book playfully subverts reader expectations by being about much more than six near kisses. Penny and Tate’s story is rich with the complexity of friendship and family and the messiness of grief. Their relationship leans heavily into a number of classic rom-com tropes, including “only one bed,” roommates and height differences. Both girls are well-drawn, grounded characters, and their internal struggles feel emotional and realistic.

One of the novel’s strongest subplots is the arc of Penny’s relationship with her mom. Sharpe never suggests that a relationship as fraught as theirs can be easily fixed with apologies or in a single conversation. Indeed, she acknowledges that such a relationship might not be possible to repair. Teen readers with difficult parental situations of their own will feel validated by the nuance Sharpe brings to this portrayal.

Sharpe untangles the knotted web of her novel with exacting balance and grace while never compromising the love story at its core. This swoony, Sapphic story is sure to please readers who like their romance with a side of emotional devastation.

‘He wants world dominance’: Pompeo reveals who he thinks is more dangerous than Putin
Senators push for airline passenger protections after holiday travel meltdown
PM plans to ban Channel migrants from appealing deportation
UK economy set to fare worse than any other country in developed world – including Russia
Alan Koh, Fair Director of Affordable Art Fair Singapore On His Journey to a Successful Art Career