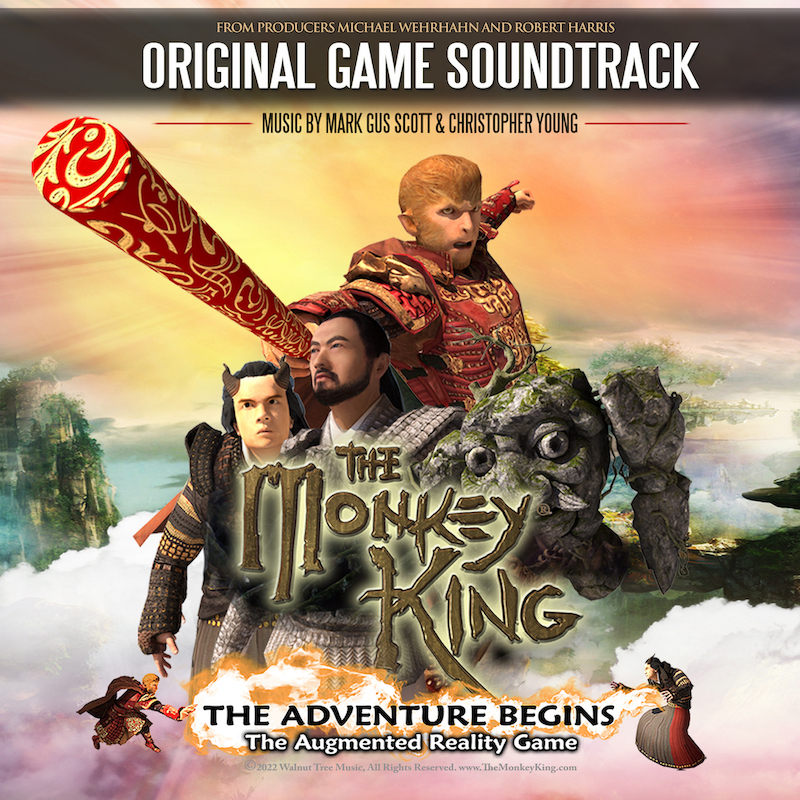 This exhilarating orchestral score sets the tone for the intense combat encounters featured in the game as players fight against a series of perilous foes and journey to the legendary Five Finger Mountain.

The Monkey King: The Adventure Begins is now available globally on iOS and Android devices. This first-of-its-kind mobile game transports the fabled characters from the classic Chinese tale, “Journey to The West,” into the real world through augmented reality.

Using the game’s 360º 3-D AR mode, which includes several interactive features and image recognition technology, players can bring their fighters to life on any flat surface in their real-world environment. For on-the-go enjoyment, The Monkey King: The Adventure Begins’ standard mode is also available and includes all the exciting content of the AR mode in a single-view 3-D format.

Mobile users will experience fast-paced action, four free-to-play levels and the option to play as one of the four warriors from the classic tale: The Monkey King, Jade Emperor, Buffalo King and Rock Monster. Fans can also look forward to more action soon, as the currently available “Silver Edition” is the first of three installments to come.

The Monkey King: The Adventure Begins is produced by Michael Wehrhahn and Robert Harris from MK Games, LLC,the team behind the hit film “The Monkey King: Havoc in Heaven’s Palace,” which developed a cult fan following on Netflix and is now available on CON TV, YouTube and other streaming platforms.

Fans can stay up to date on the latest The Monkey King: The Adventure Begins news on the official website.

Trademarks are the property of their respective owners.

Atlantis The Royal Dubai Is Unveiled to the World in Dramatic Style
No Big Deal, Just Olivia Wilde And Jason Sudeikis Hugging It Out Months After Custody Drama
Jay-Z, DJ Khaled, and More to Perform “God Did” at the 2023 Grammys
5 things to know before the stock market opens Monday, January 30
What is Scorpion, the now disbanded police unit at the centre of Tyre Nichols’ death?