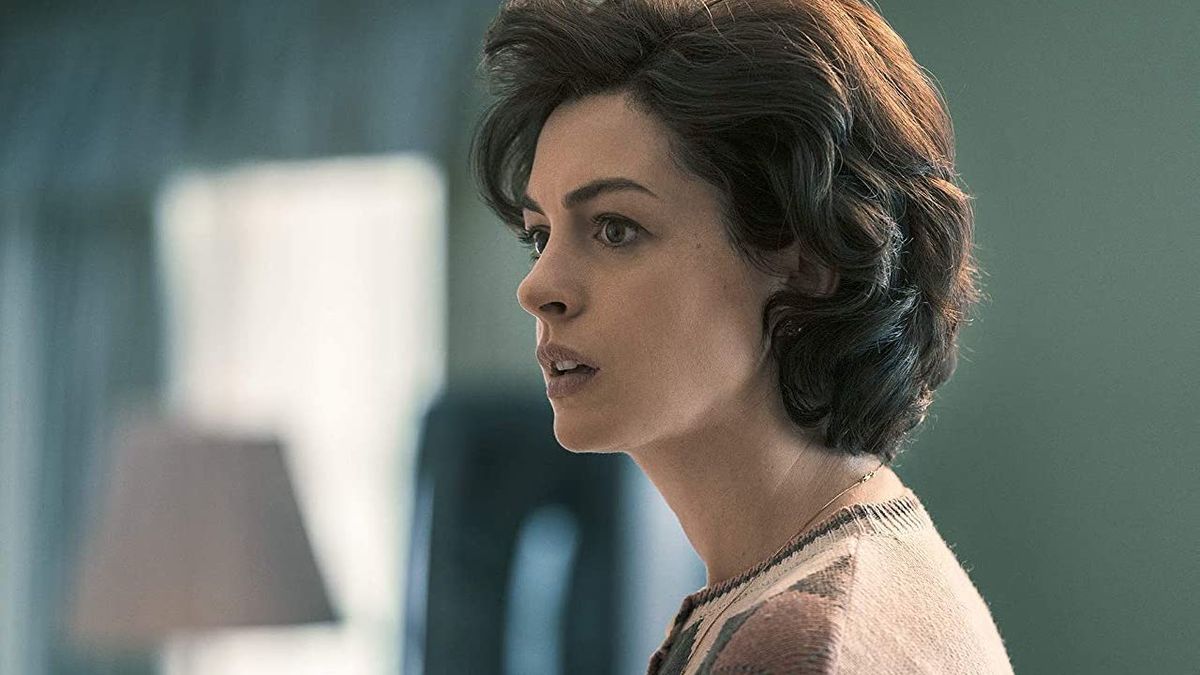 Although Anne Hathaway hit the big time in 2001 when she first played Mia Thermopolis in The Princess Diaries (there’s still no word on if she’s involved with The Princess Diaries 3), the actress had already been professionally acting for a few years before that Disney movie came her way. Unfortunately, being an underage actress getting her start in the business didn’t prevent Hathaway from dealing with uncomfortable situations, like the time she was asked a creepy question by a journalist when she was only 16 years old.

Anne Hathaway, who has plenty of great movies worth checking out, recalled this moment while talking about her new movie Eileen, the dark comedy thriller that premiered at the Sundance Film Festival this past Saturday. The movie sees Hathaway playing a psychologist opposite Last Night in Soho’s Thomasin McKenzie as a prison secretary, and as the actress told the crowd that turned out for Eileen during the Q&A afterwards (via Variety), working on the movie carried an important emotional connection for her. As she put it:

Anne Hathaway didn’t name the project she’d been talking about when this journalist threw out this creepy question, though if I had to guess, it might’ve been for her short-lived comedy-drama Get Real. This show, one of the many things Hathaway fans should know about her, only aired from September 1999 to April 2000, and also starred Jesse Eisenberg and NCIS: Los Angeles’/CBS heavy-hitter Eric Christian Olsen. Whether that was the project or not, it’s safe to say that journalist made a wrong move asking the 16-year-old Hathaway that question, and it’s yet another example of the misogyny that underage actress have dealt with in Hollywood. Hathaway’s recollection comes a month after Bella Thorne shared that there was pressure to fire her from Shake It Off when she was 14 because she was seen wearing a bikini at the beach.

If there’s a silver lining to that incident, it’s that Anne Hathaway was able to channel that discomfort she felt all those years ago into her performance in Eileen. The movie sees Thomasin McKenzie’s character, who’s largely overlooked and takes care of her alcoholic father, building a homoerotic relationship with Hathaway’s character. Ottessa Moshfegh, who wrote the original Eileen novel, co-wrote the film adaptation with Causeway’s Luke Goebel, and Lady Macbeth’s William Oldroyd directed the feature.

While we wait for word on which distributor snagged Eileen and when it will be released to the public, check out the 2023 movie releases already on the calendar. Anne Hathaway also stars this year in She Came to Me, which will debut at the Berlin Film Festival next month.

Dances With Wolves actor ‘trained wives how to use guns if police tried to break up family’
Television’s Tom Verlaine Dies at 73
Sunak survives first 100 days, but there is little warm glow around leadership | Beth Rigby
Carmakers face a crossroads as they work to fit auto dealers into their EV plans
Alec Baldwin charged with involuntary manslaughter over fatal shooting on Rust film set