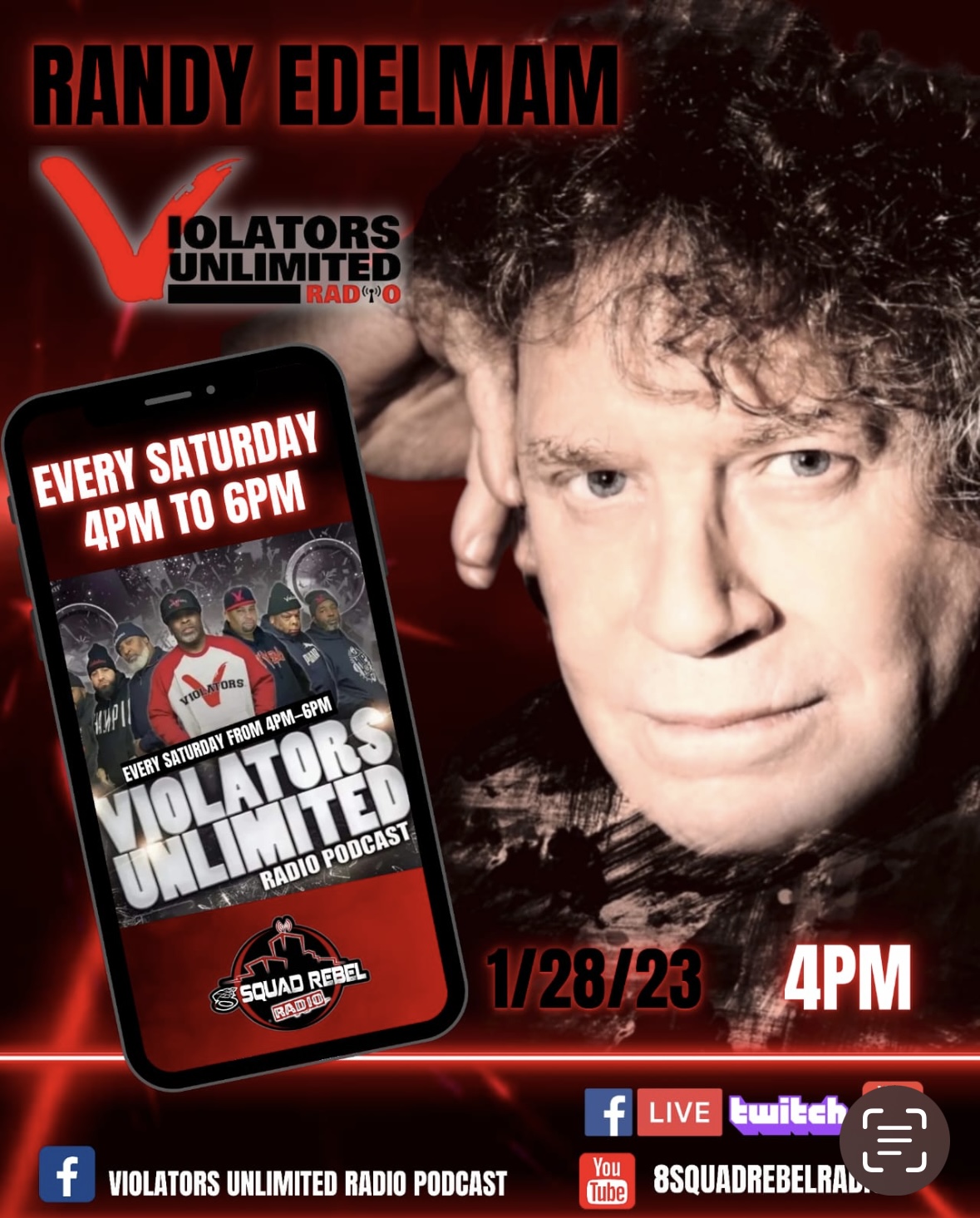 Randy Edelman will be a featured guest on the Violators Unlimited Radio Podcast on Saturday, January 28th, 2023 at 4 PM ET.

Music royalty with a career challenging the longevity that rivals the Queen of England, composer, conductor, singer and celebrated piano phenomena Randy Edelman has long been given tribute as one of the most profound and recognizable film, television, and sports soundtrack architect on the planet. A hybrid fusion of Mozart and Bruce Springsteen, there seems to be a certain bedazzlement or wizardry connected to him and his music that leaves a trail of glitter behind never to be forgotten.

Raised in Teaneck New Jersey, Randy was born with the ability to hear music and transcribe it onto the piano. After a brief quarrel with fate where Randy was temporally thrust into the pursuit of pre-med, he moved into full-time piano and composition study at the Cincinnati Music Conservatory where he was then able to follow his unquestionable destiny. He eventually procured an arranging assignment at James Brown’s King Records. In 1970 Randy relocated to New York to work as a staff writer at CBS Records while simultaneously playing piano in Broadway pit orchestras.

Like a seductive alchemist Randy began to write and record his own albums transforming the world’s anguish into a narrative of truth and granting him a thriving audience in the UK and a television spot on “Top of the Pops.” After enjoying the triumph of the British collective effervescence at the London Palladium and Drury Lane Theatre’s, Randy began to pursue a new interest in LA where he became interested in creating the life, blood and essence of the movies through music, making the plainest faces come alive with promise. 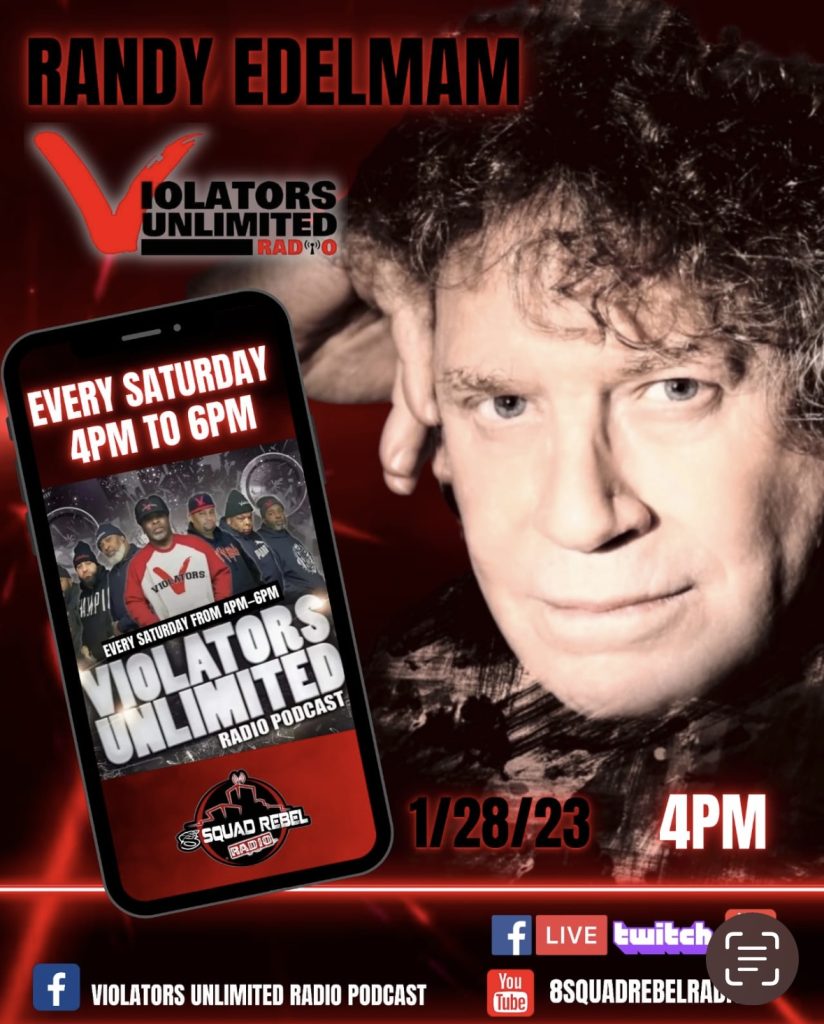 Randy is responsible for creating an endless cascade of many of the world’s most known soundtracks including: “Ghostbusters 2” “27 Dresses”, “While You Were Sleeping”,  “The Last of the Mohicans”, “ Kindergarten Cop”, “Dragonheart”, “XXX”, “Twins”, “My Cousin Vinny”, “The Mask”, “Beethoven”, “ Dragon: The Bruce Lee Story”, “Anaconda”, “Mummy 3”, “Gettysburg”, “Billy Madison”, “Leap Year”, “ The Whole Nine Yards”, “EdTV”, “Daylight” and an endless array of others. Some of the Television shows and series he scored include: “MacGyver”, “Mr. Sunshine”, “Backdraft 2” for Netflix, and “Citizen X” for HBO. These credits only touch the surface of his accomplishments. He has also created the music for “Dare Mighty Things” for NASA’s final Shuttle launch, “Wimbledon, Grand Slam Tennis Series” for ESPN, “ESPN Sports Century”, and even the NBC “on air” Olympic Theme, of which he has celebrated over 20 years of Olympic themed glory keeping the musical flame alive.

Aside from crafting and orchestrating the scores that gave life to the films, a myriad of artists have covered and recorded Randy’s original songs from his solo albums. Included in that catalog is Barry Manilow, “Weekend in New England”, The Carpenters, “I Cant Make Music”, and Nelly’s, “My Place”, reaching number 1 on the Billboard hip hop charts. Others include Willie Nelson, “Down in the Everglades, “Patti LaBelle, “Isn’t it a Shame”, “Olivia Newton John, “If Love is Real”, Blood, Sweat & Tears, “Blue Street”, Royal Philharmonic, “Grey”, and a list that continues endlessly. Randy has also opened live in breathtaking arenas for icons such as Frank Zappa, and The Carpenters.

Randy has also received some of the most prestigious awards including BMI Top Grossing Film Awards, BMI’s highest honor, the Richard Kirk Award for Outstanding Career Achievement, the Lifetime Achievement Award in Film Scoring and Composition, the Best Accolade from the Los Angeles Film Awards, an Honorary Doctorate of Fine Arts and an Emmy for the close of the Olympic Broadcast.

Like a musical Chameleon Randy continues to compose and record lighting up the world like fireworks plunging into the night sky and shattering the darkness. The grand composer of modern and future times has just released his highly anticipated anthemic song of hope and inspiration titled “Comin’ Out the Other Side.” The single is now available worldwide via Soho Records. The song promotes an epidemic of joy and happiness as a grand finale to a time best forgotten….

He continues to work on the score for his musical, “Short Cut,” telling of the construction of the Panama Canal.

Most recently Sony Masterworks is releasing Randy Edelman’s orchestral score to “Ghostbusters 2” in all formats….

Violators Unlimited Radio is a group of 6 men that formulated a lifelong brotherhood who mutually share a passion for Hip-Hop Culture.