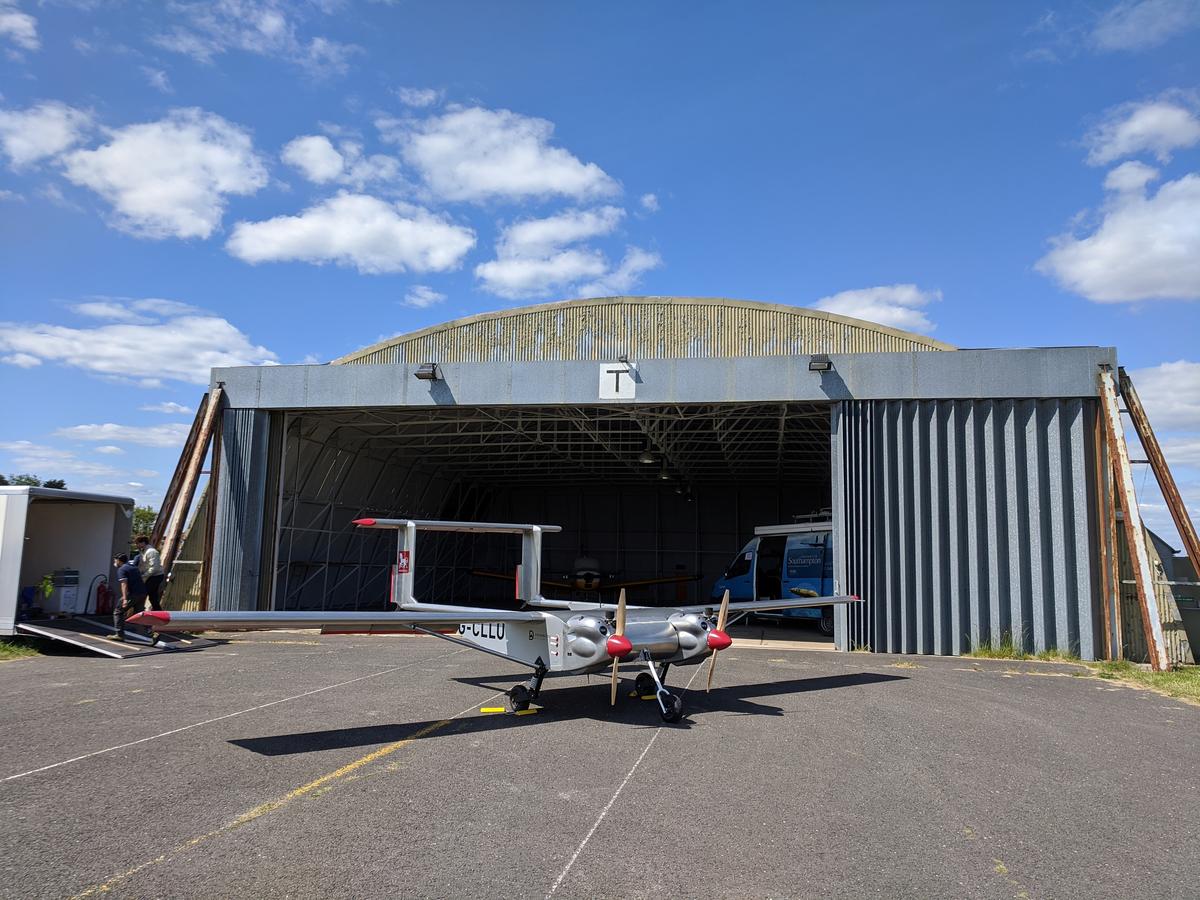 LEE-ON-SOLENT, England (Reuters) – A new drone service will reduce delivery times for urgent medical supplies to a hospital on the Isle of Wight, which lies about 8 kilometres off the south coast of England.

FILE PHOTO: A fixed-wing, twin-engined UAV (unmanned aerial vehicle) is seen in front of a hangar at Lee-on-Solent airport, Britain May, 12, 2020. REUTERS/Stuart McDill

The fixed-wing, twin-engined UAV (unmanned aerial vehicle) has a range of 1000 kilometres (620 miles) and can carry a payload of up to 100 kilos in a hold around the size of an estate car boot.

The aircraft can make the trip across the Solent, the water separating the island of 142,000 people from the mainland within about 10 minutes, much faster than the traditional ferry crossing, which takes about 30 minutes, and far cheaper than a normal flight.

“I like to think of it as a sort of Land Rover of the sky, a similar sort of niche in that it’s very robust, very tough, very easy to repair … very reliable,” said Jim Scanlan, Professor of Aerospace Design at the University of Southampton, who developed the drone.

The first delivery was a consignment of pathology sample cases flown from Lee-on-Solent airport to Binstead aerodrome on the Isle of Wight at the weekend. The drone is now on standby to fly up to ten sorties a day should urgent supplies be needed.

The trial is part of a government project to develop a transport system that allows manned and unmanned aircraft to operate safely in the same airspace.

Scanlan says any remote or island community, reliant on slow boat travel or expensive manned aircraft for supplies, could benefit from this technology.

“A really cheap platform such as this can reliably deliver things and can fly at night, can fly in fog, can fly in poor weather,” Scanlan added.

The UAV was developed at the University of Southampton, funded by startup Windracers, to distribute humanitarian aid. It has been given special permission to fly in Britain to assist with the government’s COVID-19 response.

Solent Transport, a public organisation tasked with investigating new ways to travel and make deliveries, says the drone is not designed to replace the existing ferries.

“We’re trying to provide a supplementary service, particularly in times like now when there’s a reduction in passenger and ferry services.”