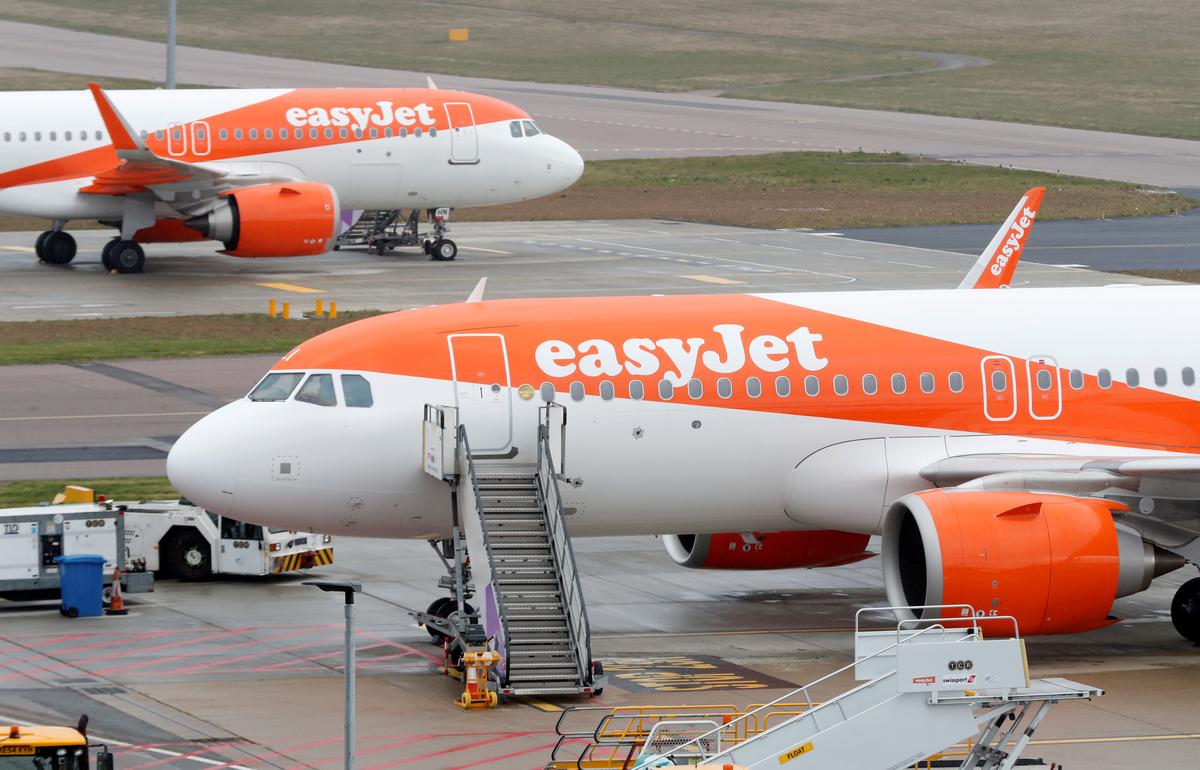 FILE PHOTO: Easyjet planes are seen parked at Luton airport after Easyjet announced it has grounded its entire fleet, as the spread of the coronavirus disease (COVID-19) continues, Luton, Britain, March 30, 2020. REUTERS/Matthew Childs

The European Commission has in recent years struck down deals granted by regional authorities to attract budget airlines to secondary European airports, saying that these gave them an unfair advantage.

EU competition enforcers in their 2016 decision said a Sardinian scheme to develop air transport was illegal state aid as the beneficiaries were the airlines and not the main Sardinian airport of Alghero, Cagliari-Elmas and Olbia.

The court rejected their arguments.

“The operators of the Sardinian airports were not the beneficiaries of the aid but merely intermediaries between the autonomous region and the airlines, which must therefore reimburse it the public aid,” judges said.

The airlines can appeal to the Court of Justice of the European Union, Europe’s highest, on points of law.

John Hinckley Remorseful Over Attempted Assassination of Ronald Reagan
Doubts over my premiership as PM are ‘settled’, Johnson says
Probe into whether Boris Johnson misled parliament over partygate begins with call for evidence
Britney Spears’ father denies bugging star’s bedroom during conservatorship
Bitcoin Family say they lost $1 million on their investment this year, but sold a lot at peak