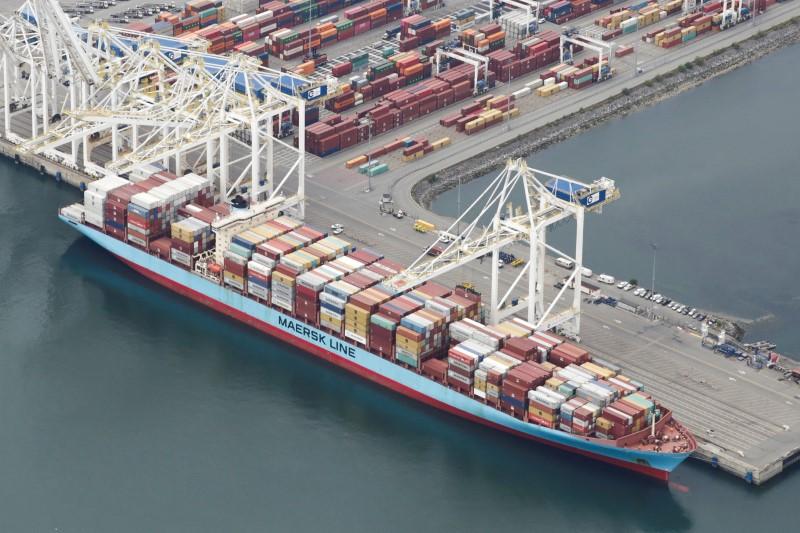 The crisis has thrown the container shipping trade off balance as supply chains have been upended and businesses and factory activity in China and later across the world was disrupted.

Maersk, which also reported a 23% rise in first-quarter core profits on Wednesday, now expects global container demand to contract this year, after previously forecasting growth of between 1% and 3%.

“As global demand continues to be significantly affected, we expect volumes in the second quarter to decrease across all businesses, possibly by as much as 20%-25%,” Chief Executive Soren Skou said.

Maersk shares were 5.5% lower at 1020 GMT. They had risen by a third since March when they reached their lowest level in more 10 years.

Maersk, which handles one in every five containers shipped by sea worldwide, had idled almost 10% of its fleet capacity at the end of March. It plans to take more vessels out of service to match the slowdown in container trade and keep freight rates from falling.

Declining retail sales and automotive production in Europe and the United States were the main reasons for the slump in demand for container freight, Skou said.

“Many of our big customers are retailers or suppliers to retailers, so naturally this is hurting us,” Skou said.

While some retailers impacted by lockdown closures had asked Maersk to delay shipments, others like Amazon (AMZN.O) were growing volumes and asking for even quicker deliveries via rail or air freight, Skou said.

To meet demand for e-commerce shipments, which have been impacted by the halt of commercial air traffic, Maersk had launched a new service where it loads small packages on a container vessel in China and ships them to Los Angeles for further distribution.

The company suspended its full-year guidance in March due to uncertainty caused by the coronavirus pandemic and did not give new guidance on Wednesday.

But Skou said in his main scenario, business would bottom out in the second quarter followed by a relatively weak third quarter and a partial recovery in the last three months of the year.

The world’s biggest container shipping company reported revenue of $9.57 billion versus the $9.59 billion forecast by 16 analysts in a poll compiled by Maersk.