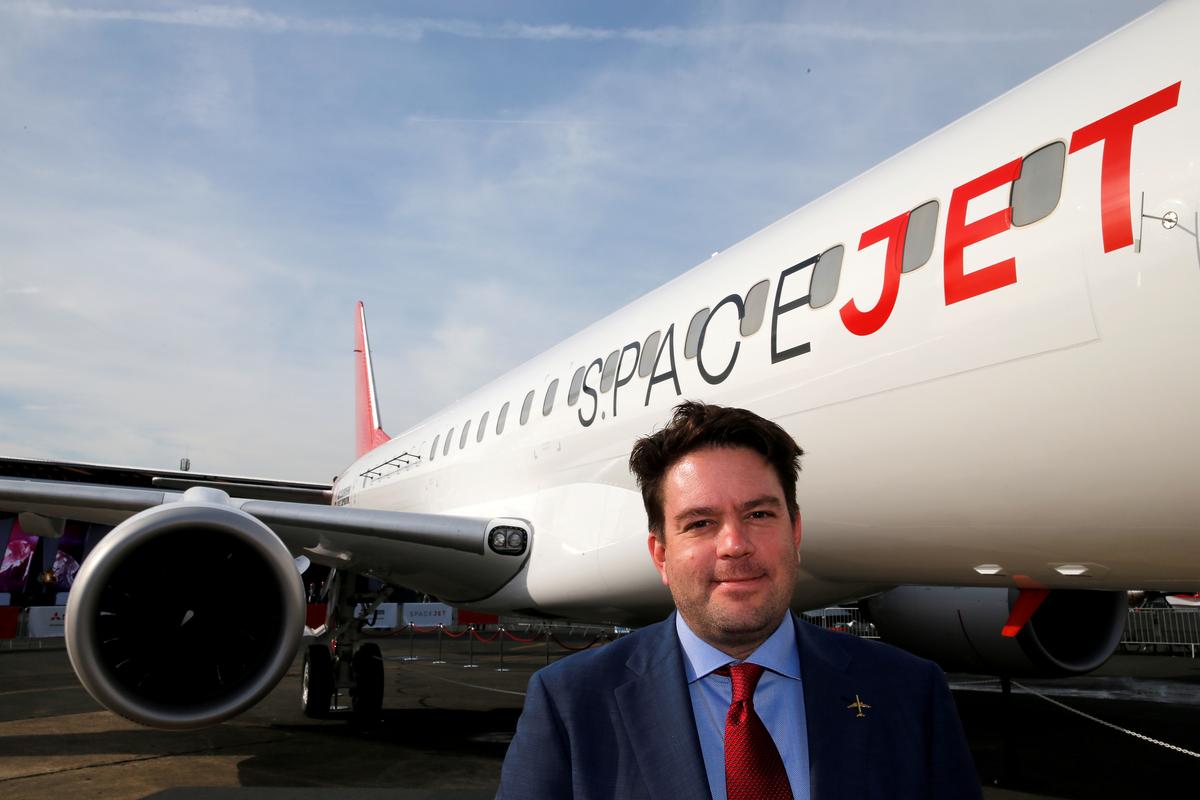 (Reuters) – Mitsubishi Heavy Industries (7011.T) (MHI) said it was more than halving the annual development budget for its SpaceJet regional jet as the coronavirus pandemic squeezes profit, and will suspend plans for a possible variant seen as key to winning future orders, particularly from U.S. airlines.

“We have to reconsider how we move forward,” MHI Chief Executive Officer Seiji Izumisawa said during a press briefing to announce the company’s latest results.

Despite six delays that have pushed the first delivery back from 2013, MHI has remained committed to a project that Japan’s government has promoted as a once in a generation chance for the country to establish itself as a commercial passenger jet maker.

While MHI and other Japanese aerospace companies are key suppliers and manufacturing partners to Airbus SE (AIR.PA) and Boeing Co (BA.N), they have not built a commercial passenger plane in half a century.

MHI on Monday reported a 29.3 billion yen ($274 million) operating loss for the year that ended March 31 after a 263 billion yen loss incurred from impairment charges and development costs at Mitsubishi Aircraft.

It has forecast an operating deficit of 120 billion yen at its regional jet unit this business year, half of which will be an impairment loss for its planned purchase of Bombardier Inc’s (BBDb.TO) regional jet programme in June, with the remaining 60 billion yen left over for development of the introductory M90 model compared with 141 billion yen the previous year. The proposed U.S. market variant, which is 1.3 metres shorter, is known as the M100.

“Various studies on the M100 currently being conducted will be temporarily suspended,” an MHI spokeswoman said on Wednesday.

“I do not have much more information than what MHI presented,” Jeff Dronen, a spokesman for Mitsubishi Aircraft, said. “On the M90 program, our focus continues to be on achieving type certification and our teams are evaluating the best way to continue the progress we have made,” he added.

“This immediately raised questions whether MHI may kill the M100 program. To do so will squander MHI’s once-in-a-lifetime chance to become a real global power in commercial aviation,” Scott Hamilton, an analyst at Leeham Co, said in a blog.

The M90, the first of which is slated to fly with Japanese carrier ANA Holdings (9202.T) before the end of March 2022, is unsuited for U.S. airlines because it falls foul of labour union rules that restrict pilots from flying planes on regional routes heavier than 86,000 pounds (39,000 kg) and with more than 76 seats.

In October, one of Mitsubishi’s biggest customers, Trans States Holdings cancelled an order for 50 M90s because of the restriction, with it expected to order the M100 instead once the Japanese company formally announced plans to build the lighter variant.