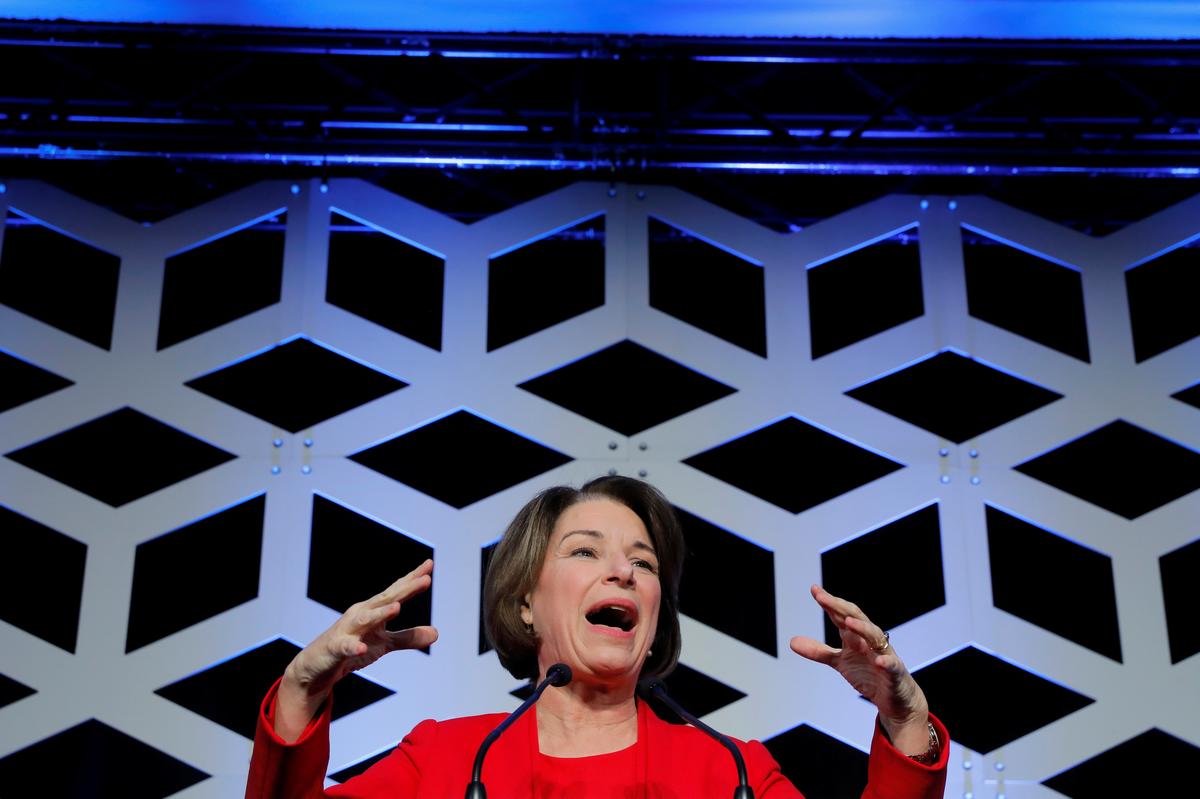 The two companies have discussed an all-stock combination, Reuters reported earlier this month. A merger would give Uber Eats’ money-losing food delivery service a leg up on market leader DoorDash at a time when the coronavirus pandemic has upended Uber’s business of shuttling people from place to place.

“If Uber takes over Grubhub it isn’t good for competition and it isn’t good for you,” the Democrat from Minnesota tweeted. “When big companies corner the market it usually means more for them and less for you, especially in a pandemic.”

Klobuchar is a senior member of the Senate’s antitrust committee, which oversees competition enforcement. Her tweets called on antitrust watchdogs to act before Uber controls more than half the U.S. food delivery market.

Spokespeople for the two companies did not immediately respond to requests for comments outside normal business hours.

On Friday, Uber closed a $900 million bond offering, its first since September. Proceeds could be used for working capital and acquisitions, the company said.

Uber and Grubhub this month were haggling over a stock exchange ratio, and there was no certainty that they will reach an agreement. Antitrust experts said any deal would likely win approval from regulators.

Grubhub had a market capitalization of about $5.1 billion, while Uber was valued at $56.3 billion as of Friday’s close, according to Refinitiv data. Grubhub shares are up more than 17% since news of the talks broke.

Government ‘simply not in a position to give inflation pay rises’
PSLV to Launch Pixxel’s Hyperspectral Imaging Satellite Anand on November 26
ISRO to Launch PSLV-C54 With Oceansat-3, 8 Nano Satellites on November 26
4 YA anthologies for teens who love powerful stories in small packages
U.S. Senators to Investigate Ticketmaster’s Dominance Over Concert Ticket Sales