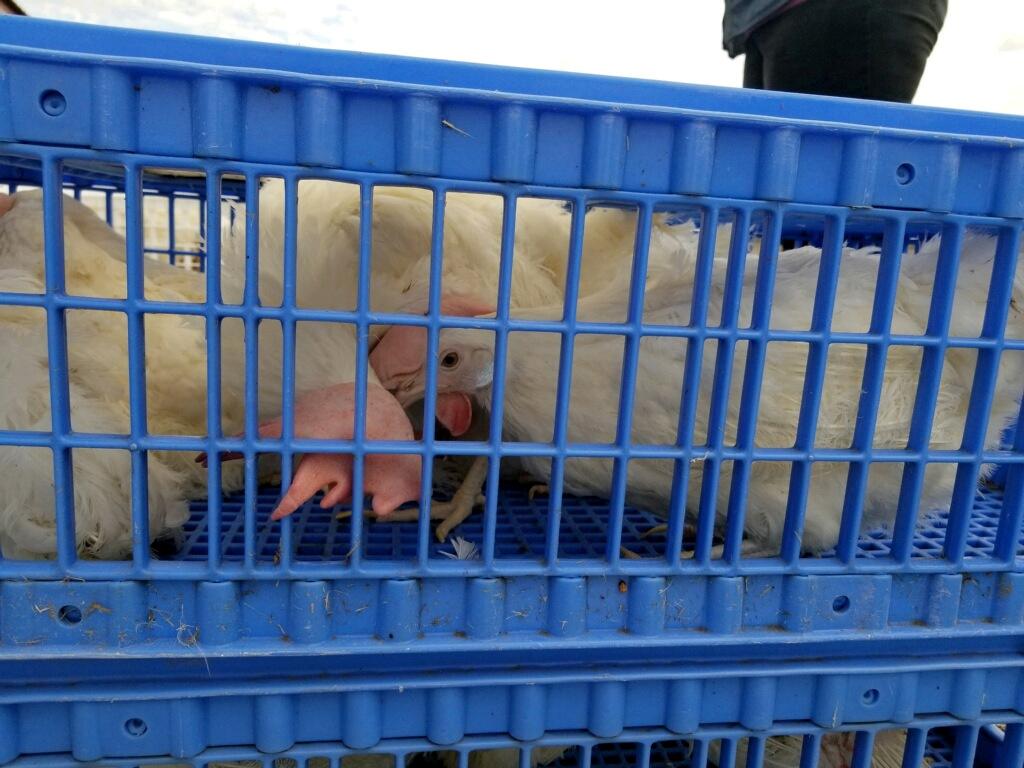 Chickens are retrieved from an Iowa farm by an animal rights group to avoid them being gassed as egg demand falls due to the coronavirus disease (COVID-19) outbreak near Fort Dodge, Iowa, U.S., May 16, 2020. Animal Place/Handout via REUTERS

CHICAGO (Reuters) – About 1,000 lucky chickens flew on two chartered cargo planes to a California sanctuary from an Iowa farm that has been euthanizing its flock as the coronavirus outbreak slashes restaurant demand for eggs, an animal rights group said.

Farmers have killed off pigs and chickens as the pandemic shuts slaughterhouses and upends the food supply chain, leaving producers without markets for their animals, room to keep them or money to feed them.

Animal Place, a charity for unwanted farm animals, rescued the chickens over the weekend from an Iowa farm that was gassing some of its 140,000 birds because of the outbreak, Executive Director Kim Sturla said.

“It is a bright spot,” she said. “There’s so many struggling – human and non-human.”

Animal Place typically brings animals to its Northern California refuge by truck from within the state, but received a donation to extend its reach to the Midwest at a cost of tens of thousands of dollars, Sturla said. The group will make the chickens available for adoption after checking their health, she said.

Sturla declined to identify the farm in Iowa, the top U.S. egg-producing state.

Egg prices have shattered after spiking as consumers stocked up at grocery stores at the start of state-imposed lockdowns in March. They averaged 89 cents per dozen on Friday in the Midwest, down from $2.83 on April 10, according to U.S. Department of Agriculture data.

About 22% of eggs go to restaurants, hotels or other food-service outlets, said Ken Klippen, president of the National Association of Egg Farmers.

“When you lose 22% of your market, it’s painful,” Klippen said. “That’s what we’re going through right now.”

Reporting by Tom Polansek in Chicago; Editing by Matthew Lewis