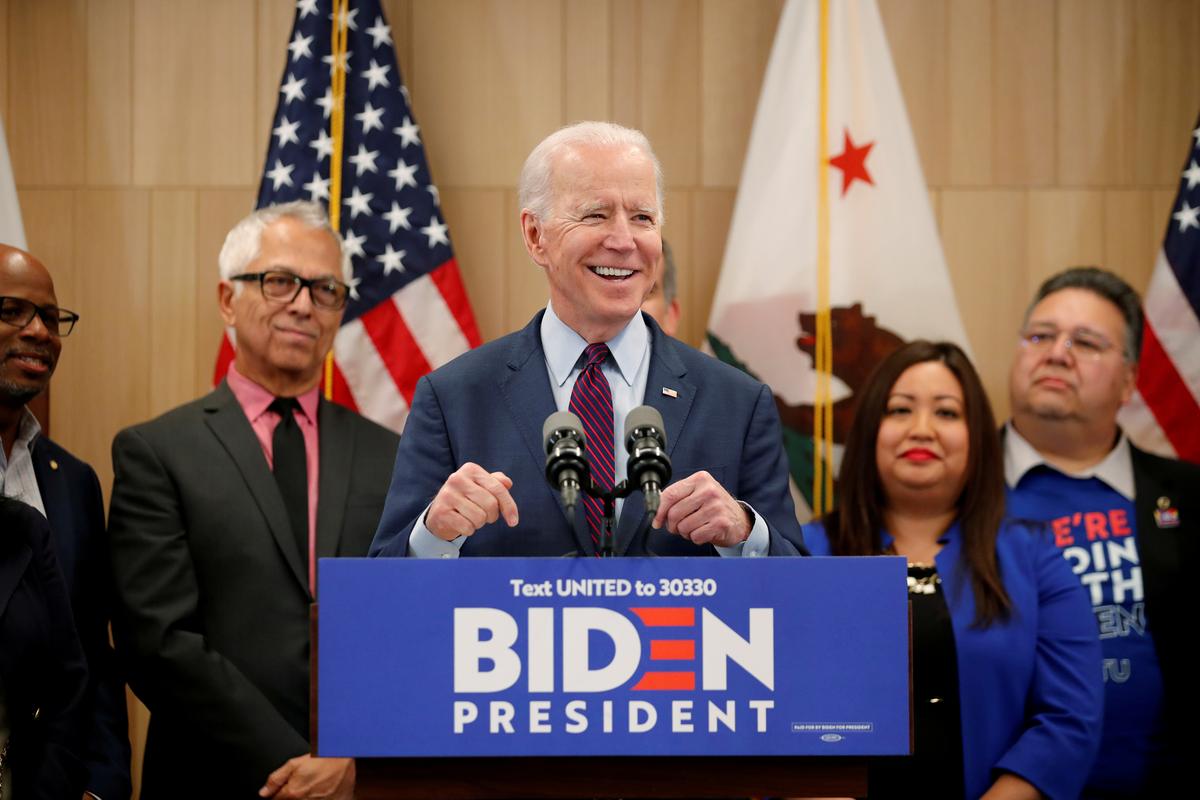 Activists want public-minded, progressive leaders to help ensure a fair economic recovery from the coronavirus pandemic and to guard against stimulus money being wasted on what they view as corporate giveaways.

Several progressive activists said they have begun sharing personnel preferences privately with Biden campaign officials. They plan to further make their case through task forces established with Senator Bernie Sanders and other sympathetic members of Congress who support Biden.

The quiet pressure campaign, still in its early stages, has engaged nearly three dozen progressive groups so far, according to conversations with the groups.

The former vice president has been criticized by some progressives for what they see as a cozy relationship with Wall Street. Many were alarmed that former Treasury Secretary Larry Summers is giving Biden advice because of his association with financial deregulation efforts.

Biden has considered announcing some Cabinet names when he makes his running mate pick.

The campaign declined to comment on specific names or conversations.

A campaign adviser said Biden is at the forefront of the progressive movement and has engaged with one-time rivals, including by supporting Sanders’ free higher education proposal and Senator Elizabeth Warren’s plan to expand consumer bankruptcy protections. here

The liberal group MoveOn polled members last week and found most would be more likely to support Biden if he pledged not to appoint finance executives to his administration.

Warren, whom Biden is believed to be considering as a running mate here or Senator Jeff Merkley could be a good fit for Treasury secretary, activists said.

A senior Democrat familiar with the selection process said it will be difficult for Biden to choose the head of a major financial institution for a senior role because it would mean provoking an unnecessary fight with progressives.

The person also said it is likely too early for Biden to commit to personnel choices, given the uncertainties around which political factions he needs most by November and how the pandemic will shape policy challenges come January.

Progressives said Biden has an opportunity to show his commitment to improving the country through his choices for the economic posts.

“People whose lives don’t change cycle to cycle aren’t necessarily motivated just to beat Trump,” said Yvette Simpson, chief executive of the advocacy group Democracy For America. “Unity doesn’t mean one of the parts dominates and the rest is silent.”