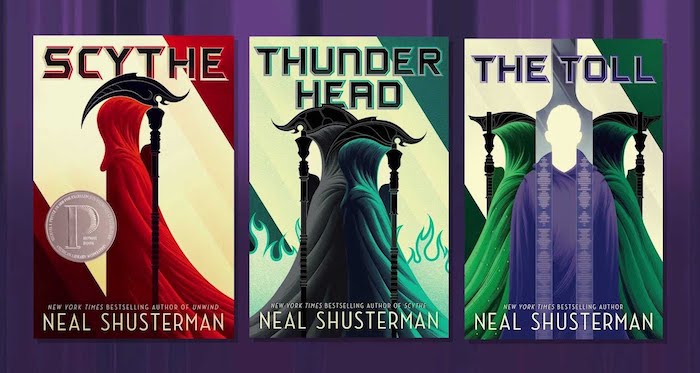 If you haven’t yet picked any Neal Shusterman books, chances are you’ve heard his name. His work has been a staple of YA literature for decades, with his first novel for young readers publishing in 1988, and his most recent Arc of the Scythe series concluding in late 2019. His book Challenger Deep won a National Book Award and Scythe won a Printz Honor award, two of the most prestigious honors for YA books. His career, while already long and successful, will be burning even brighter over the next few years as numerous books see their way to film and television adaptation. 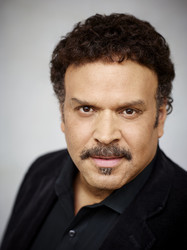 In addition to writing books for young readers, Shusterman has written for television as well. The movie Pixel Perfect, written for the Disney Channel, was one of his titles, as are several episodes of the popular Goosebumps and Animorphs series.

“It started back when I was 17, and was working as a counselor at a summer camp in upstate New York,” said Shusterman. “I got to be known as the camp storyteller, and that notoriety was deeply meaningful, because when I was at the same camp as a camper, I was that kid who never stood out, and often got picked on, because ball-sport coordination was not my thing.”

During his time at camp, he wasn’t the worst at sports, but noted being picked as second-to-last during team events—not the worst but the almost-worst—and that led him to pursue storytelling in a way that would allow him to be the best. This was the victory he sought: being beloved for his ability to tell stories to the campers.

These stories would eventually become books he distributed to the kids the following year, as well as books he’d seek to publish. While the first two of his books didn’t sell, he scored a publishing contract for his third book in 1988 for The Shadow Club.

“The Shadow Club is, ironically, about being second best—something I also knew about, because, even though I was always second-worst at ball sports, in high school and college I was the second fastest swimmer on my swim team,” he said.

What’s Up in YA? Newsletter
Sign up for What’s Up In YA? to receive all things young adult literature.
Thank you for signing up! Keep an eye on your inbox.

Though no longer a teenager writing stories for campers, Shusterman’s books certainly reach teen readers—as well as adults who love YA—in an authentic way. He doesn’t write down to young readers, nor do his books tiptoe around grappling with complex issues.

“[K]ids are kids are kids.  No matter what year it is, no matter what language they speak or culture they’re in. There is something deeply universal about being a teenager, and I try to capture that universality in the things that I write,” he said.

There’s new technology to consider and contend with, but in terms of the impact the tools have on young people, that’s far less interesting to Shusterman than the deeper changes happening among adolescents.

“I think the two biggest changes are information and attention span. Teens are faced with an overload of information that creates a lot of stress—not just the nature of the information, but the very fact of having so much information to process, sort, and prioritize,” said Shusterman. “And our phones and computers have created a weird combination of ridiculously short attention spans, and an ability to hyperfocus and shut everything else out. Those are hallmark symptoms of ADHD—so I do think that our modern life is turning ADHD into just the way we are as a species.” 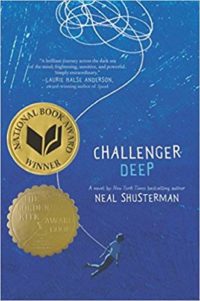 Because his work spans decades, it’s not a surprise that his work has evolved alongside the YA category more broadly. In addition to taking on big subjects, Shusterman’s work has earned a reputation among readers as being highly inclusive and aware of the way the world looks. Challenger Deep—one of the books Shusterman wishes was as widely-read as some of his others—is an unflinching look at mental illness. In the Arc of the Scythe series, race is central to the story, as characters discuss their racial identity in percentages.

Despite what many readers and writers believe, though, Shusterman, doesn’t identify as a person of color.

“A lot of people think I’m a person of color. And recently through genetic testing, I’ve found out I’m actually nearly 50% North African. So I guess now I am?”

He emphasizes the vital reality for #OwnVoices stories, noting that while diverse books are necessary, his own writing centers far more on “the human experience.”

Shusterman worries that by being forthright with his own identity, he may let down young people seeking that connection with him or his work.

“I don’t want to be accused of posing. I’ve never really defined myself by a single identity—and in these times where identity means so much, I sometimes feel like I’m a bit of an outsider to every identity. Perhaps that makes me uniquely suited to writing about teens, who often feel on the outside,” he explained.

“I’m occasionally asked by students when I do school visits what my ethnicity is.  What they hope to hear is that I share their ethnicity in one way or another, and they’ll be disappointed if I’m not,”  he added. “They don’t want to hear that I’m a Jewish kid from old-school Brooklyn. I’m proud of my heritage, but I see it as my heritage, not my identity. So when I’m asked, I tell them ‘I’m a member of the human race.’ That also speaks to my desire to write about the human experience.”

It’s unlikely that identity would make an impact on whether young people do or do not read his books—rather, it might encourage more biracial readers to seek out Shusterman’s work because of how blurry and challenging naming and claiming an identity can be. 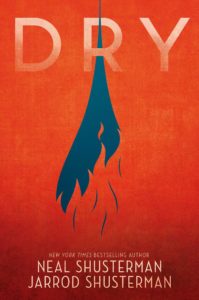 Though Shusterman doesn’t have a 2020 book on the horizon, there are almost a dozen projects in the works for him right now. A number of his books are in development for adaptation, including the long-awaited Unwind at Constantine Films for a television series; Challenger Deep with Disney Plus as a streaming film; Scythe with Universal and Amblin as a film; Dry—cowritten with his son Jarrod—is in development for film with Paramount; The Star Shard Trilogy is being developed as an animated series with Gaumont Entertainment and Toei;  and Bruiser—another title Shusterman cites as one he wishes more readers would pick up—is in the early stages of development for TV with Sony.

Game Changer is Shusterman’s 2021 release, scheduled for February. It, too, has been scooped up for development, this time with Netflix, and Shusterman is cowriting the pilot.

And there’s more, too.

“Game Changer is about a high school football player whose tackles are so hard, his tackles bounce him into alternate dimensions. I’m writing a new book with my son, Jarrod, called Roxy. It’s about the opioid crisis, but told in what we feel is a very unique and interesting way. I’m working on a graphic novel called Courage To Dream, that takes on the Holocaust in a way that I don’t think we’ve seen before,” he shared. “There’s I Am the Walrus, the first book in a middle grade series I’m writing with Eric Elfman, to follow up our Accelerati Trilogy. I’m co-writing a novel with writers Michelle Knowlden and Debra Young called Break to You—sort of Romeo and Juliet in a juvenile detention center. There’s Scantron about a particularly mindblowing and horrifying standardized test, and in the midst of all that, I’ll be writing a collection of stories within the Scythe world. Whew—I’m exhausted just listing all of that.”

A Quiet Life
Sunak mulls crackdown on foreign students to reduce immigration
Musk says Twitter to launch ‘Verified’ service next week with a ‘gold check’ for companies
On the Radar: Far and wide
Binance, other crypto firms line up bids for bankrupt Voyager Digital after FTX collapse