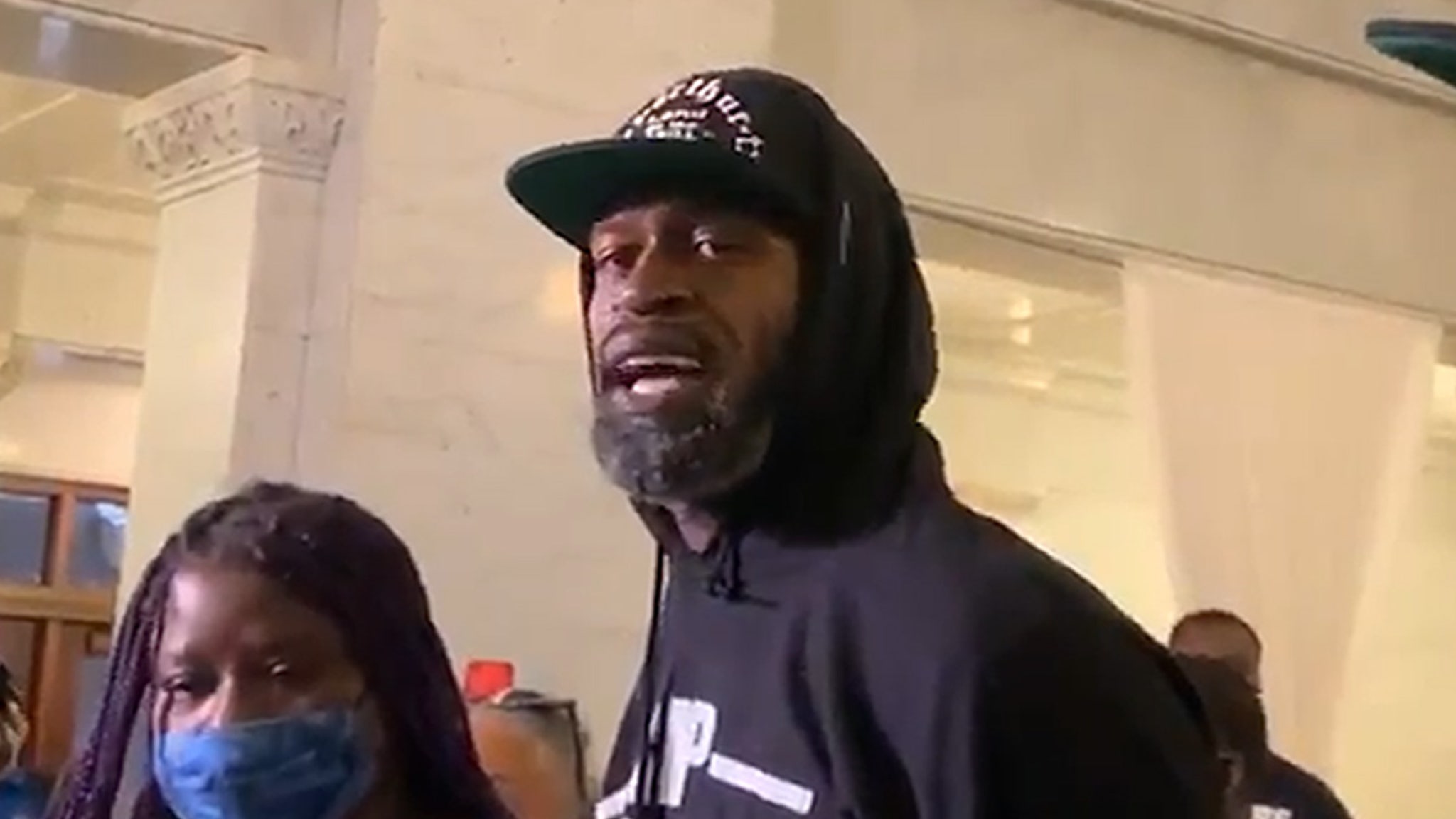 Stephen Jackson is at the forefront of the fight for justice in the killing of his friend George Floyd … saying he’s going to do whatever it takes to make sure the officers are convicted.

The ex-NBA star revealed this week that he’s known Floyd for more than 20 years … saying they even called each other “twin.”

Jackson — alongside Timberwolves center Karl-Anthony Towns, rappers Bun B and Trae The Truth, and actor Jamie Foxx — gave an emotional speech at a news conference in Minneapolis on Friday.

Stephen Jackson with just about the most powerful words I’ve ever heard pic.twitter.com/7guc6O4T6W

“I’m here because they’re not gonna demean the character of George Floyd, my twin,” Jackson said.

“You can’t tell me when that man had a knee on my brother’s neck, taking his life away with his hand in his pocket that that smirk on his face didn’t say, ‘I’m protected.'”

“You can’t tell me that he didn’t feel that it was his duty to murder my brother and then he was gonna get away with it.”

The officer — Derek Chauvin — has been arrested and charged with 3rd-degree murder and manslaughter … and Jackson says he will fight to make sure all officers involved get proper punishment.

Stephen Jackson says he will do everything in his power for charges and convictions for the police officers involved in #GeorgeFloyd ‘s death @kare11 @DaTrillStak5 pic.twitter.com/6s48GyxRRE

“I’mma use everything I have to get a conviction, to get all these motherf**kers in jail. Excuse my French, I’m angry. I’m a proud black man.”

Earlier this week, Jackson said he had hoped prosecutors would seek the death penalty — but it does not seem that is on the table for a 3rd-degree murder charge.

Blumhouse, studio known for highly profitable horror films, is no longer producing Mattel’s Magic 8 Ball movie
Apple Card’s rapid growth, outside vendors blamed for mishaps within Goldman’s credit-card business
Some consumers are cutting back on restaurant spending, but CEOs say not all chains are affected
The Cliff House by Chris Brookmyre
Calls for emergency increase to Universal Credit as report finds some families £1,600 worse off