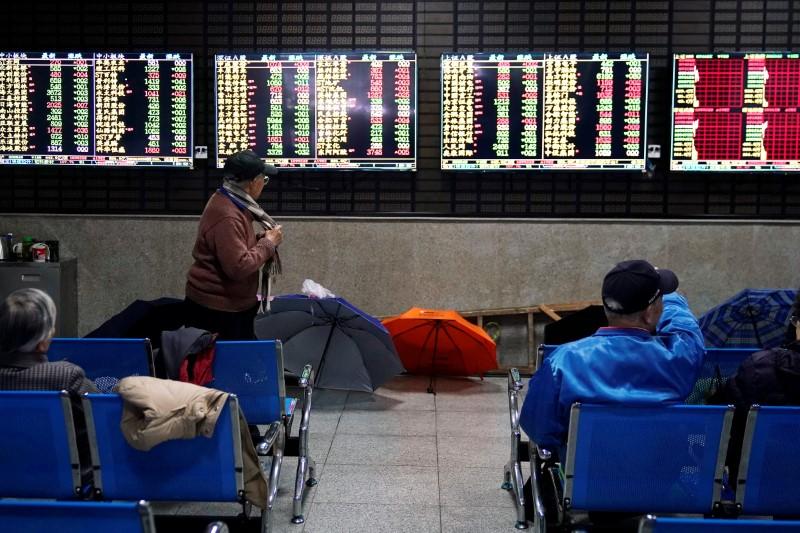 TOKYO/NEW YORK (Reuters) – Asian shares vaulted to a near three-month high on Wednesday as hopes of more stimulus and further easing in social restrictions around the world outweighed caution over a host of worries from the coronavirus to growing U.S. civil unrest.

MSCI’s broadest index of Asia-Pacific shares outside Japan gained 1.3%, extending its rally into a fifth straight day to reach a level last seen on March 9.

Japan’s Nikkei rose 1.2% to its highest level since late February, while mainland China’s CSI300 rose 0.4% to break above its May peak to a 12-week high.

“The good times continue to roll in risk markets,” Mazen Issa, senior FX strategist at TD Securities, said in a report. “As intense as the rally has been, this is likely set to continue as the breadth of the equity rally has now spread outside the U.S.”

MSCI’s gauge of stocks across the globe rose 0.3%, extending the gain from its March 23 low to almost 36%. Despite lockdowns to control the COVID-19 pandemic that have pushed many economies into contraction, the global index is down year-to-date only less than 8%.

There are some signs of recovery in business activity as governments slowly restart their economies.

In China, which managed to contain the outbreak by March, a closely-watched survey of service sector activity showed its index recovered to pre-epidemic levels in May.

Various high-frequency data, such as restaurant bookings and mobility data, shows activity is also gradually recovering in many developed countries after bottoming out in April.

Still, some analysts caution that the rally is driven mostly by short-covering by speculators who had sold stocks earlier on a global recession.

There are various risks that could hobble the global economy, including a second wave of COVID-19 infections, Sino-U.S. tensions and rising social unrest in the United States following protests against policy brutality, they said.

“Stock markets are betting on a V-shaped recovery in July-September. But the gap between stock market and the real economy is growing. Many corporate executives must be now wondering why their companies’ shares are rising so much,” said Norihiro Fujito, chief investment strategist at Mitsubishi UFJ Morgan Stanley Securities.

On the other hand, as expectations of central bank policy support kept shorter yields in check, boosting the yield gap between 5- and 30-year Treasuries to 118 basis points, its highest since early 2017.

The European Central Bank is expected to ramp up stimulative bond purchases when it meets on Thursday while others think the U.S. Federal Reserve could also enhance its easing with a few key officials discussing yield curve control as an option.

Oil prices climbed more than 1% to a near three-month high amid optimism that major producers will extend production cuts as the world recovers from the coronavirus pandemic.

Gold was little moved with spot gold trading almost flat at $1,728 per ounce.