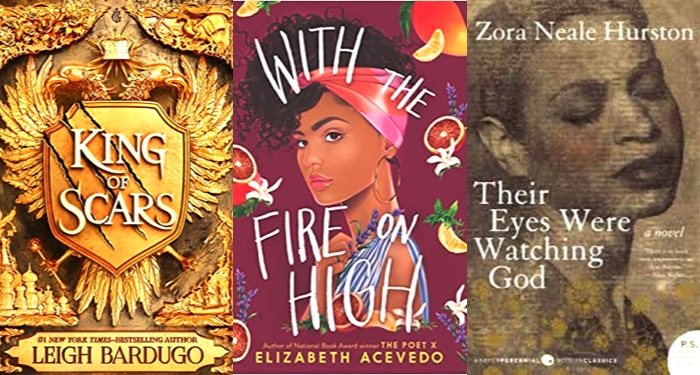 When the Moon Was Ours by Anna-Marie McLemore for $2.99

High School by Tegan and Sara Quin for $3.99

The Mermaid, the Witch, and the Sea by Maggie Tokuda-Hall for $4.99

Brown Girl in the Ring by Nalo Hopkinson for $2.99

This Book is Anti-Racist by Tiffany Jewell and Aurelia Durand for $2.99

This Is Kind of an Epic Love Story by Kacen Callender for $1.99

Black is the Body by Emily Bernard for $4.99

The Beautiful Struggle by Ta-Nahesi Coates for $4.99

‘It looked like it was the worst day of his life’: Who is Salman Rushdie attack suspect?
Starmer insists his ‘radical’ energy plan is ‘real answer’ to crisis
The Top 5 Luxury Holiday Destinations in Sicily
Eli Manning, Brady Quinn Debate Greatest Football Movies Of All Time
Fall 2022 preview: Most anticipated science fiction & fantasy