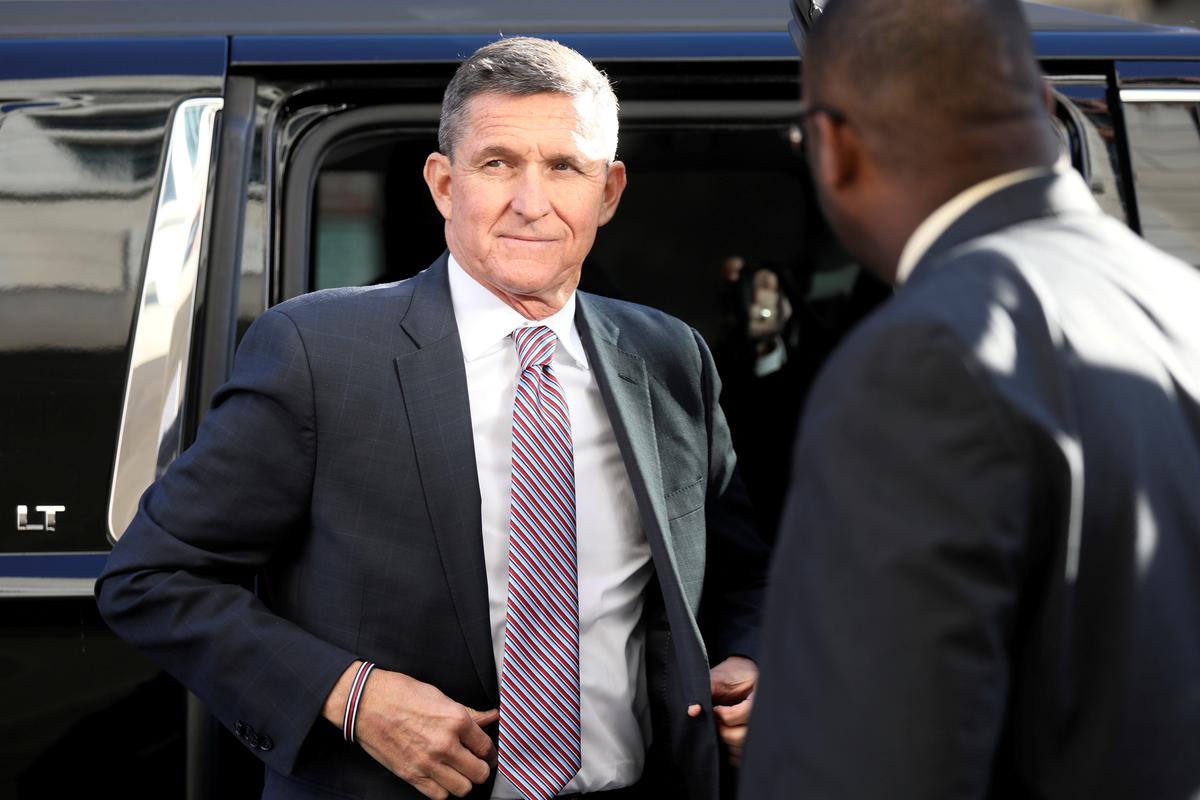 The U.S. district judge hearing the case, Emmet Sullivan, last month tapped John Gleeson to serve as a “friend of the court,” after the Justice Department abruptly asked the court to dismiss the criminal charge against Flynn, a retired Army lieutenant general.

The stunning move by the Justice Department followed a pressure campaign by Trump and his conservative allies and came even though Flynn had twice pleaded guilty to lying to the FBI about conversations with former Russian ambassador to the United States, Sergey Kislyak.

Gleeson was tasked with arguing against the government’s motion, and Sullivan also asked him to make a recommendation on whether to hold Flynn in contempt for perjury.

“The government has engaged in highly irregular conduct to benefit a political ally of the president. The facts of this case overcome the presumption of regularity,” Gleeson wrote, noting that Sullivan should proceed with sentencing Flynn.

Gleeson also said there was “ample evidence in the record that Flynn committed perjury,” or lying under oath.

But he recommended that Sullivan take Flynn’s perjury into account when sentencing him for lying to the FBI, rather than commencing a follow-on prosecution.

Despite admitting twice under oath to lying to the FBI and agreeing to cooperate in the investigation, Flynn later changed legal tactics and his attorneys now allege the FBI entrapped him.

The Justice Department now says the FBI investigation that led to the charge lacked an adequate legal basis and that Flynn’s statements, even if untrue, were not material.

But Gleeson suggested the opposite in his brief on Wednesday, which included snippets of the December 2016 calls between Flynn and Kislyak that led to the false-statement charge against him.

In them, the two men discussed the sanctions that the United States imposed on Russia for its interference in the 2016 election.

On Dec. 29, Flynn asked that Russia “not escalate the situation and only respond to the U.S. sanctions in a reciprocal manner.”

“I don’t want us to get into something that has to escalate…you know, on a tit for tat. You follow me, Ambassador?” Flynn is quoted as saying.

During Flynn’s interview with FBI officials in January 2017, however, Gleeson notes that Flynn never mentioned sanctions as being a topic of discussion.

Flynn’s false testimony about whether he was guilty “derailed the proceedings” and “reflected brazen gamesmanship challenging the integrity of the judicial system,” Gleeson said.

Delta is making it harder to get into its airport lounges after they were flooded by travelers
‘Momentous and historic’: New Alzheimer’s drug slows memory decline
Disney CEO Bob Iger addresses ‘Don’t Say Gay’ fallout, importance of LGBTQ inclusion in stories
Drake’s Spotify Wrapped Reveals He’s Ultimate Tupac Fan
China competing with West ‘will lead to clash’ and UK ‘has been asleep to threat for decades’