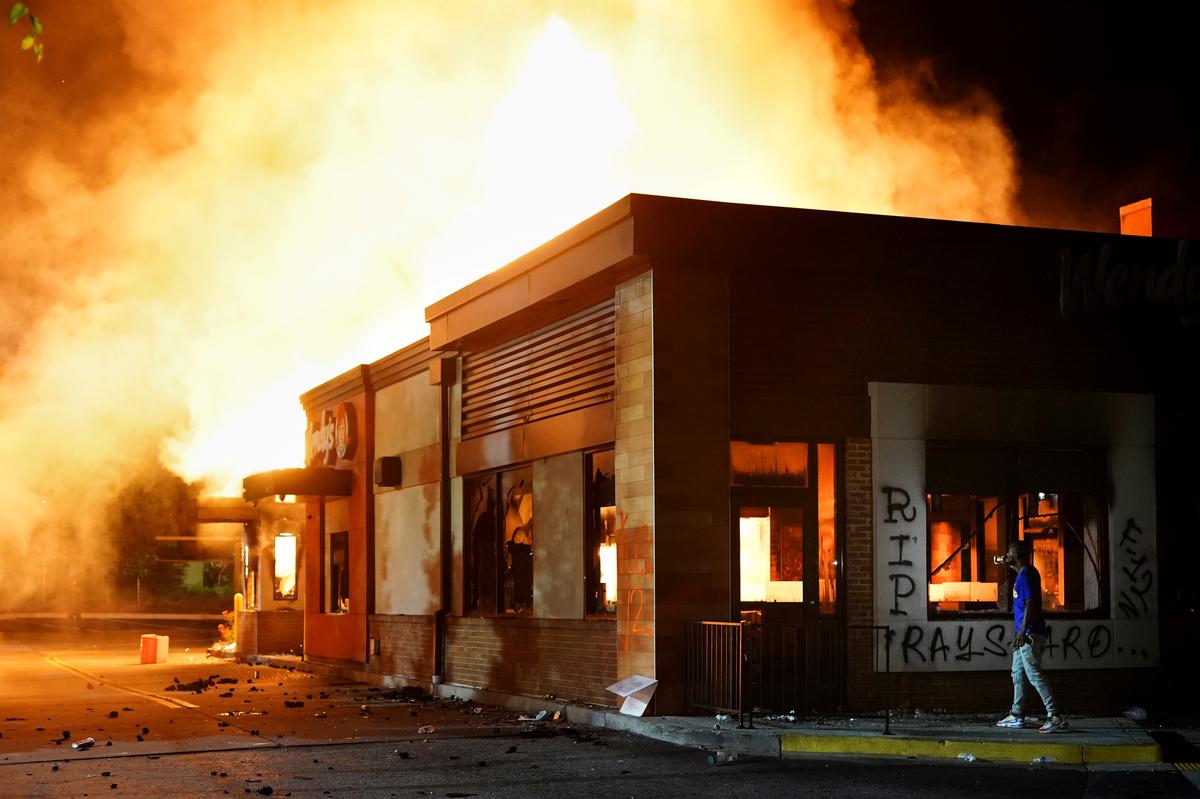 (Reuters) – The family of Rayshard Brooks, a black man whose death reignited protests in Atlanta over the weekend, on Monday called for “drastic change” in policing and justice for their relative who died after a police officer shot him twice in the back.

The death of 27-year-old Brooks, which the Fulton County Medical Examiner’s office ruled a homicide, was the latest police killing of a black man to fuel nationwide outrage against police brutality and racial injustice.

“We’re tired and we are frustrated. Most importantly we’re heartbroken, so we need justice for Rayshard Brooks,” his cousin, Tiara Brooks, said at a news conference.

“The trust that we have in the police force is broken. The only way to heal some of these wounds is through a conviction and a drastic change in the police department,” she added.

Brooks’ fatal encounter with the police came after police responded to a call that he had fallen asleep in his car in a Wendy’s restaurant drive-through lane.

Caught on video, the encounter seemed friendly at first but when an officer moved to arrest him, Brooks struggled with him and another officer at the scene before breaking away across the parking lot with what appears to be a police Taser in his hand.

A video from the restaurant’s cameras shows Brooks turning as he runs and possibly aiming the Taser at the pursuing officers, both white, before one of them fires his gun and Brooks falls.

An attorney for Brooks’ family, Chris Stewart, said the police should have let Brooks walk home rather than pursuing and shooting him.

“It didn’t have to go to that level,” he said. “Where is the empathy in just letting him walk home?”

Atlanta’s police chief, Erika Shields, resigned over the shooting. The officer suspected of killing Brooks was fired, and the other officer involved in the incident was put on administrative leave.

Several members of Rayshard Brooks’ family attended Monday’s news conference in tears and spoke of him as a warm family man who loved to take his daughter skating. One man left the room during the briefing in hysterics, shouting, “Somebody took my cousin!”

Brooks’ death reignited protests in Atlanta after days of worldwide demonstrations against racism and police brutality prompted by the death of George Floyd, an African American, when a Minneapolis policeman knelt on his neck for nearly nine minutes on May 25.

“We want to keep his name positive,” she said.