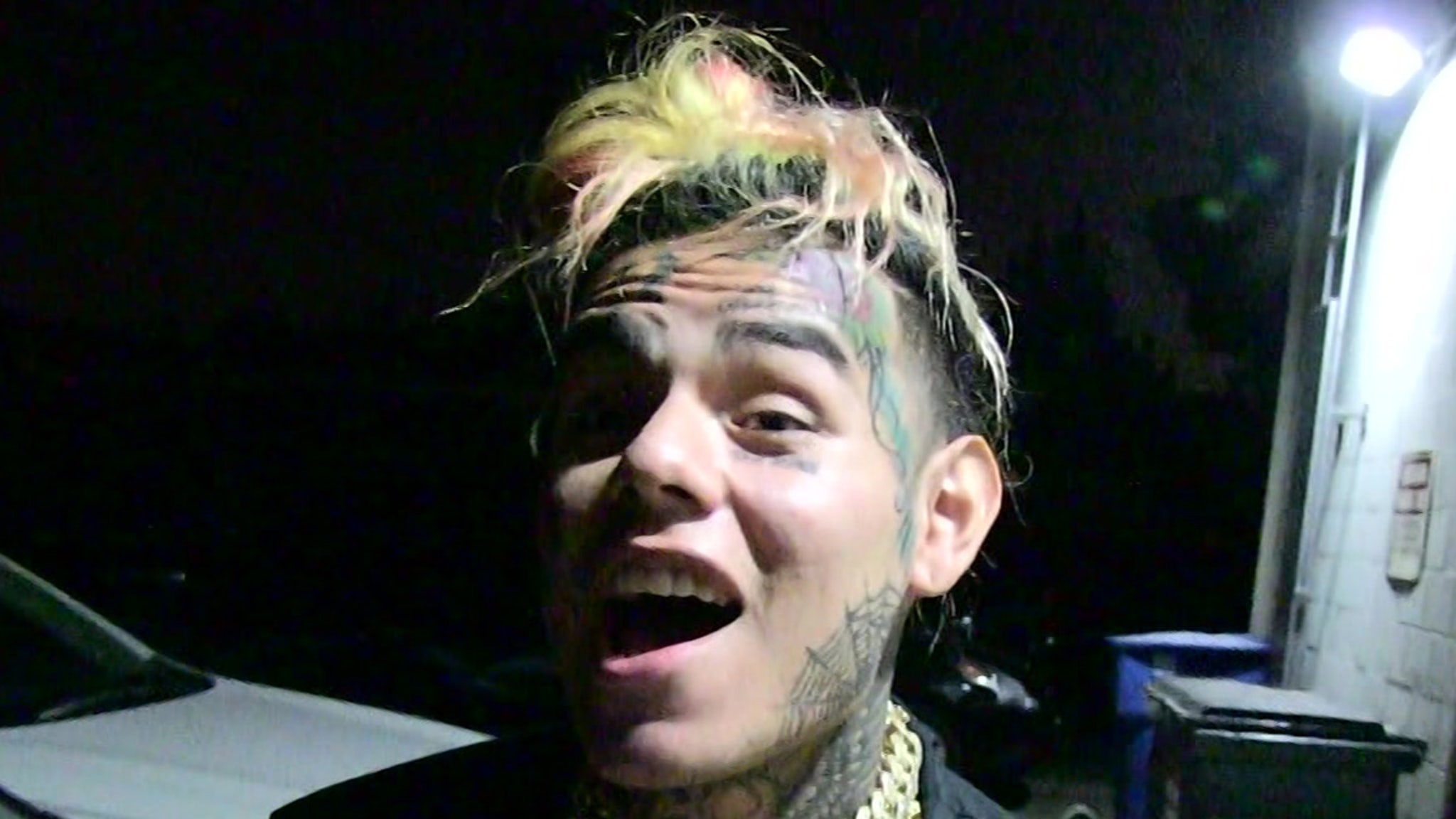 6ix9ine‘s time on home confinement is almost up, and while fans are probably expecting some of his classic antics … he claims he’ll be cautious and motivated by one thing — making music.

The rapper will be a relatively free man on or about August 1, when his house arrest ends, after getting out of prison back in April due to the pandemic.

He’ll still be on supervised release for 5 years, but free to go out and about on his own, which raises the obvious concern … whether or not he can stay out of trouble.

Tekashi’s attorney, Lance Lazzaro, tells TMZ … his client’s not thinking like that — he’s focused on work, security and elevating his music career. The “Trollz” rapper will need permission from the judge to leave the Southern and Eastern Districts of NY, but Lazzaro says that shouldn’t be an issue as long as 6ix9ine proves he’s leaving for legit work … which is his plan.

Of course, going back out in public also means heightened concern about revenge for snitching. Lazzaro says 69’s going to be consulting with his security team on every move and will be extra careful, even when conducting business.

Keeping a low-profile’s never been Tekashi’s thing, but his lawyer says that’s what he intends to do. We’re told he’s not planning to attend any events, at least for a while. Not that there’s a hell of a lot happening thanks to COVID-19.

The biggest perk of 6ix9ine’s house arrest ending, according to Lazzaro, will be access to artists and execs interested in working with him … as well as better studios for recording tracks and music vids.

Tekashi’s been forced to do all of that out of his residence for the past few months — though it’s worked out very well for him.

Of course, he’ll have to keep his nose clean and stay away from people with gang ties. It’s a no-brainer he’ll want to avoid them, but he’s gotta hope they’re not looking for him.

Hugh Jackman Shouted Out To The Dear Evan Hansen Cast And They Paid Tribute Back In A Sentimental Way
‘It doesn’t make any sense’: US schools stock up on AR-15 rifles after shooting
Kanye West Celebrates Kim Kardashian and Pete Davidson Split, ‘Skete is Dead’
The Length of Earth’s Days Has Been Mysteriously Increasing, and Scientists Don’t Know Why
PRH WTF: The Weirdest Quotes From the Penguin Random House Trial