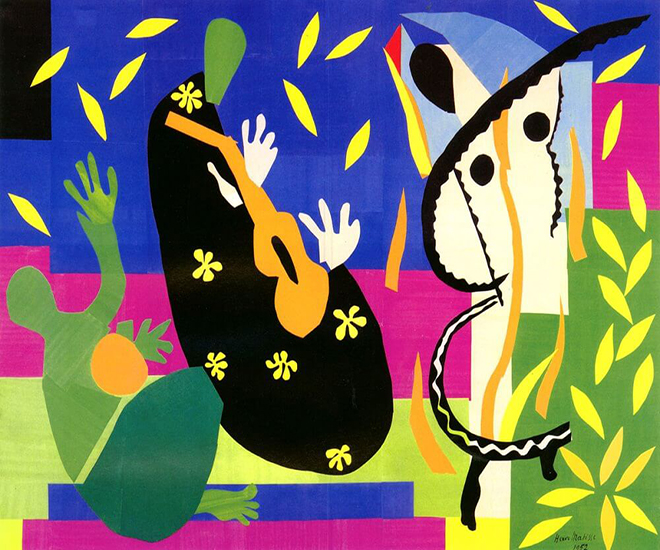 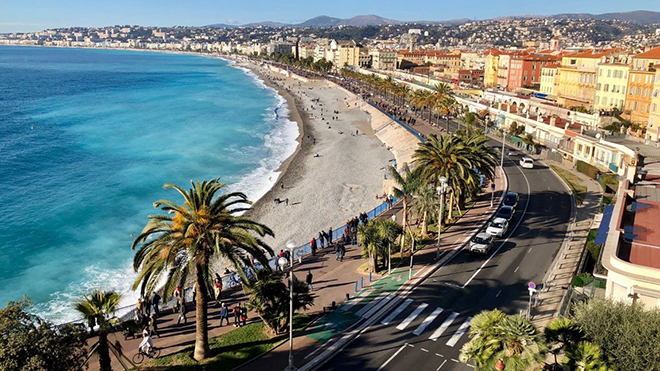 Before becoming known as the popular tourist destination it is today, the French Riviera which now offers both the wandering art lover and the extravagant millionaire an unparalleled getaway, was once home to quiet fishing villages undisturbed by outside influence. Situated amidst the Mediterranean Alps, the area’s mild climate and colourful landscapes made it a popular catalyst for flocks of artists – many of whom are now regarded as the world’s most influential and important. 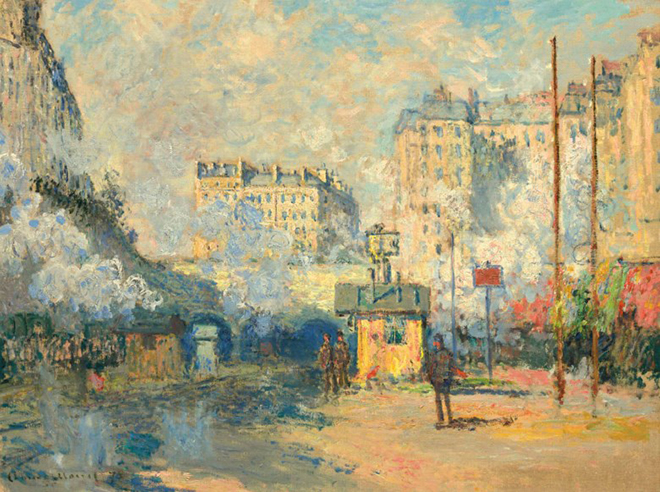 Of the innumerable artists who worked and lived along the Riviera, it was the Impressionists, Claude Monet and Pierre-Auguste Renoir, who first discovered the artistic potential of the south coast and its unspoilt landscape in the 1880s. Not long after, a slew of other creators learned of the French Riviera and followed in the duo’s footsteps – all of which, were enamoured by the way sunlight affected the different landscapes and inspired to paint what they saw. 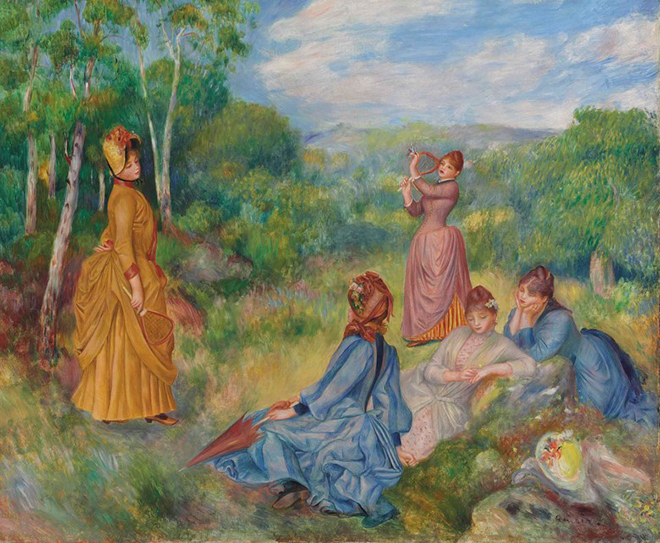 The mass arrival of skilled professionals which included the likes of Pablo Picasso, Paul Cezanne, Henri Matisse, and Edvard Munch, eventually piqued interest and drew crowds of wealthy British upperclassmen, who commissioned artists for their original work, and inevitably funded the most explosive artistic developments of the 20th century. 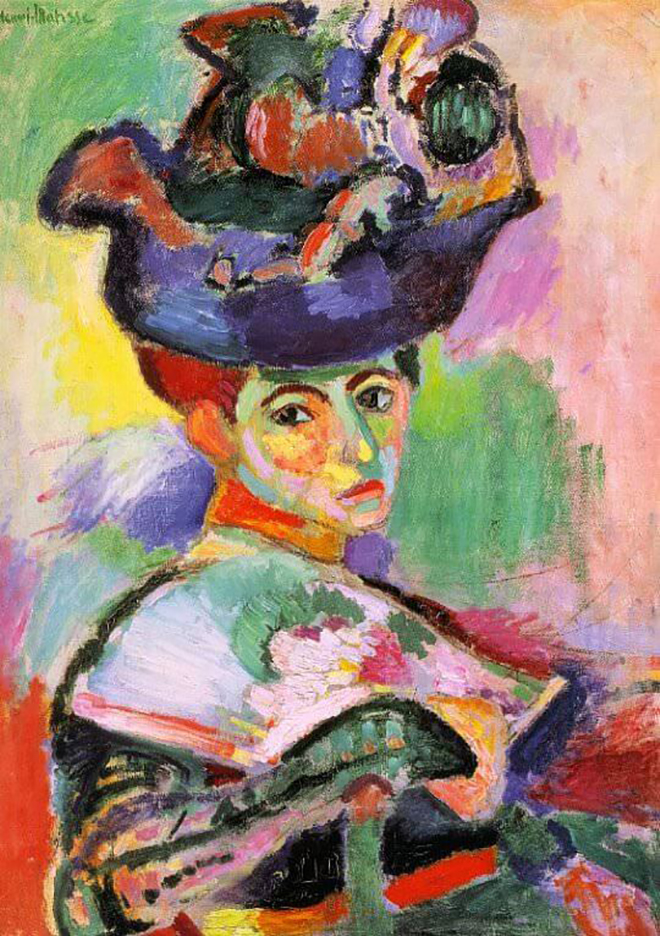 Women with a Hat (Femme au chapeau) by Henri Matisse, exhibited at the 1905 Salon d’Automne in Paris

Developing a style, dubbed “les Fauves” or “the wild beasts”, in the 1900s, Fauvism referred to a group of early 20th-century modern artists whose works emphasized painterly qualities and strong colour over the representational or realistic values retained by Impressionism. Beginning around 1904, the movement which lasted only a few years with three exhibitions, was led by Henri Matisse and André Derain. 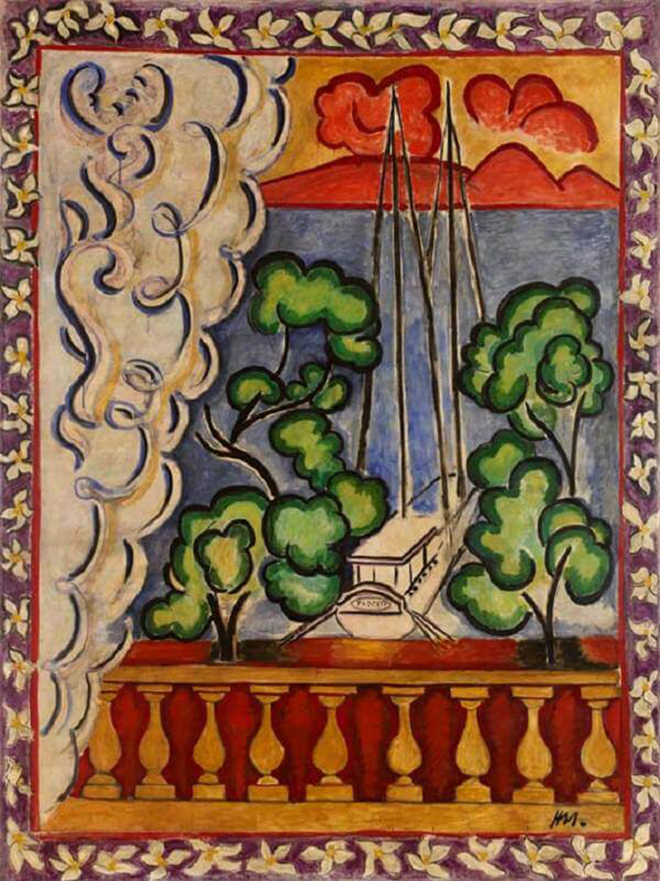 Window in Tahiti, 1935 by Henri Matisse

Known for both his use of colour and his fluid and original draughtsmanship, French artist Henri Émile Benoît Matisse was a revered painter, draughtsman, printmaker, and sculptor, who along with Pablo Picasso, became one of the legendary artists who best defined revolutionary developments in visual arts. Responsible for significant breakthroughs in painting and sculpting, Matisse developed a rigorous style that emphasized flattened forms and decorative patterns. His mastery of the expressive language of colour and drawing, displayed in a body of work spanning over a half-century, won him recognition as a leading figure in modern art. 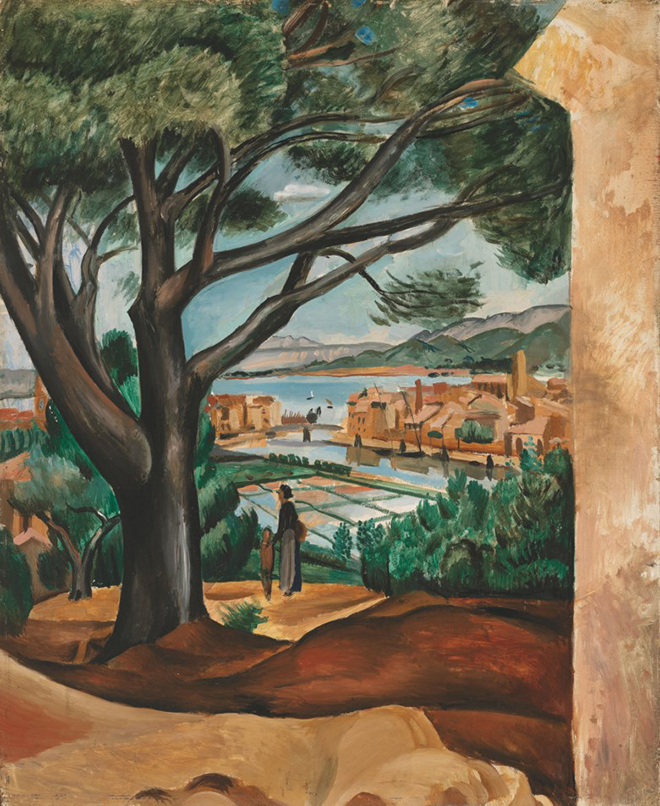 As Matisse’s young prodigy, André Derain too, was overwhelmed by the intense, all-enveloping heat and blazing light of the Mediterranean coast, depicting landscapes with a similar joyous abandon – making him one of the honorary members of the ‘Les Fauves’ movement, alongside Albert Marquet, and Georges Rouault. 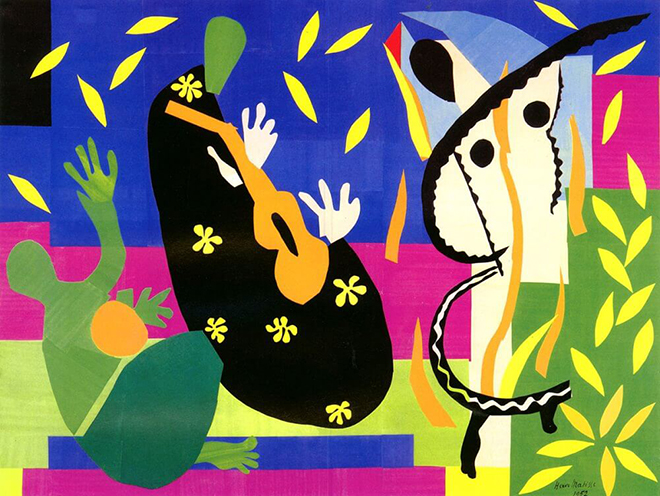 The Sorrows of the King, 1952 by Henri Matisse

Sharing the use of intense colour as a vehicle for describing light and space, whilst redefining pure colour and form as means of communicating the artist’s emotional state, one of Fauvism’s major contributions to modern art was its radical goal of separating colour from its descriptive, representational purpose and allowing it to exist on the canvas as an independent element. As a result, the movement’s central artistic concern revolved around the overall balance of composition – utilizing simplified forms and saturated colours to draw attention to the inherent flatness of the canvas or paper. With Fauvism, every element within the pictorial space, played a significant and specific role, in order for immediate visual impression of the work to appear strong and unified. 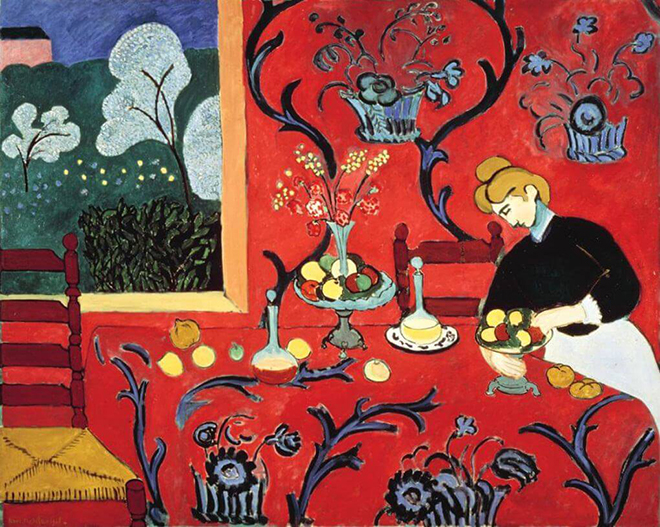 Heavily influenced by art from other cultures, Henri Matisse had explored several exhibitions of Asian art, and even travelled to North Africa. Through his journeys, Matisse began incorporating some of the decorative qualities of Islamic art, the angularity of African sculpture, and the flatness of Japanese prints into his own style – declaring his art one “of balance, purity and serenity devoid of troubling or depressing subject matter.” 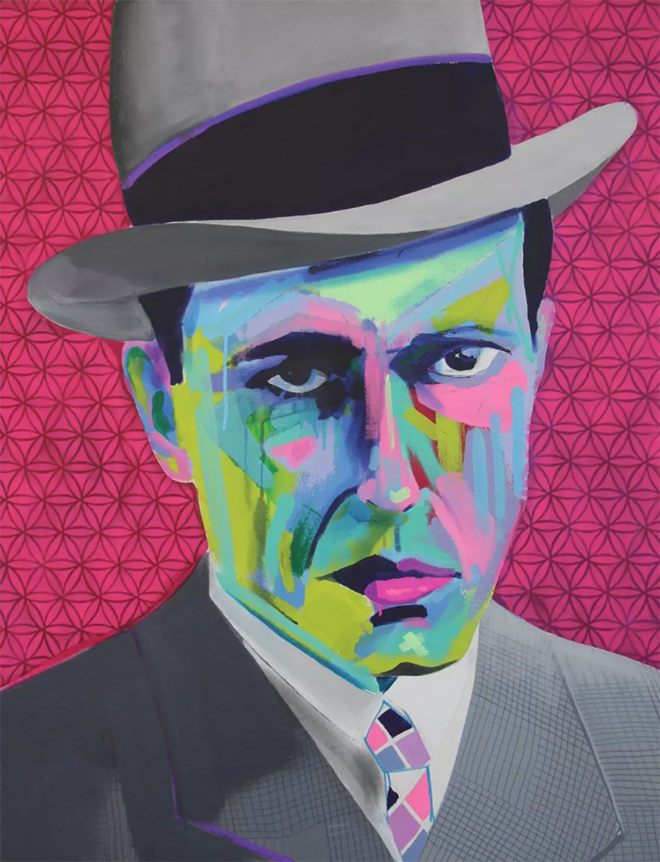 Still relevant till this day, and subtly present in all forms of art including in architecture and design, Fauvism is often found adding flavour to sleeker, more streamlined and modern Art Deco styles, and has even re-appeared in the works of 21st century artists such as Tim Fowler, Pol Ledent, Ewa Czarniecka, and Barbara Rae.

Video shows chaotic moments after Salman Rushdie attack – as suspect is charged with attempted murder
MP who assaulted his wife should resign, Plaid Cymru leader says
Britney’s Kids Angry at Her, Haven’t Seen Her in 5 Months, Says Federline Lawyer
Lori Harvey Opens Up About Red Flags And What She’s Learned From Dating Months After Split From Michael B. Jordan
Rocket Debris From Space Launches Have 10 Percent Chance of Injuring Humans by Next Decade, Claims Study