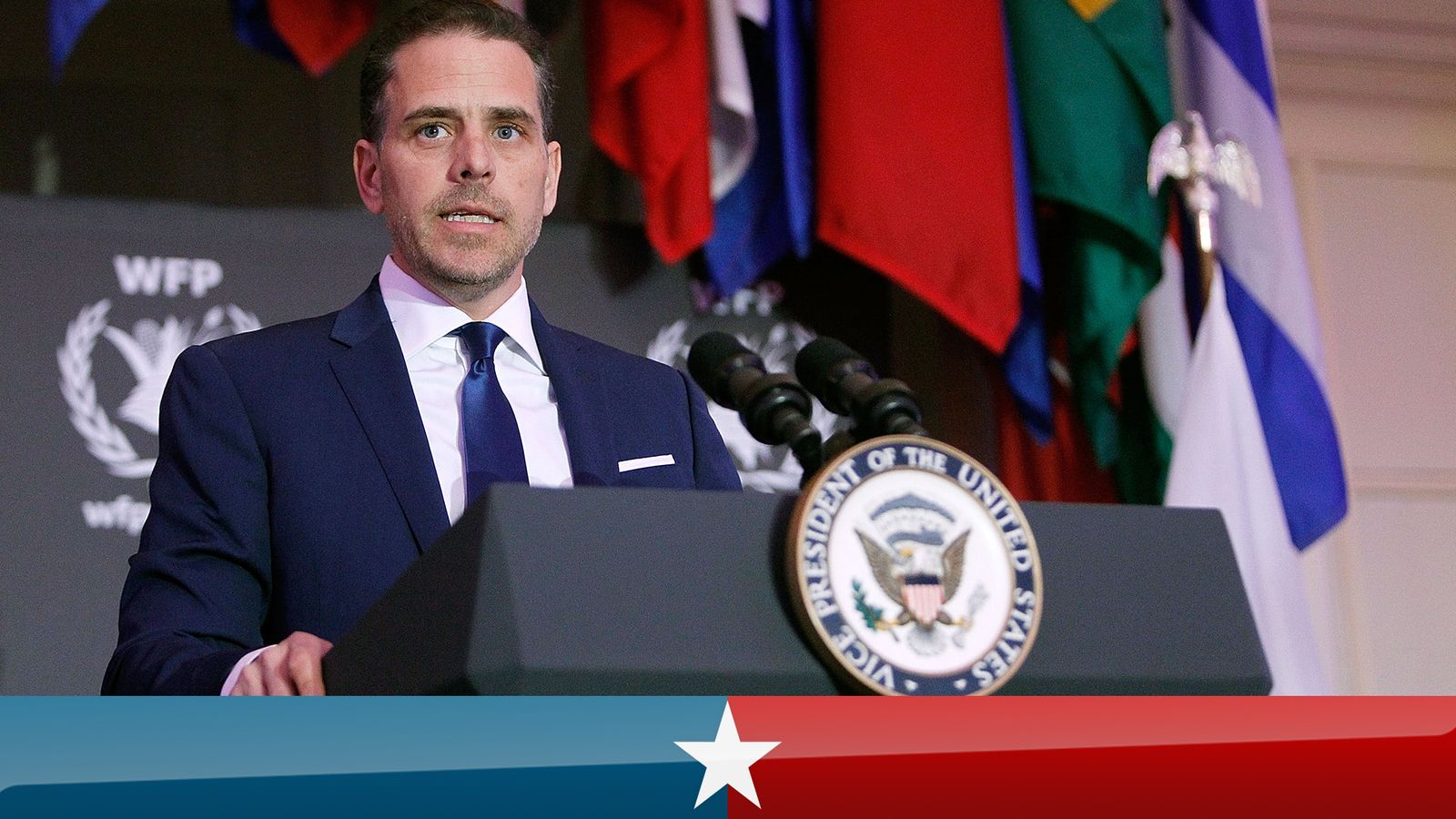 Facebook and Twitter are preventing users from sharing a story about Hunter Biden – allegations which an expert in foreign interference has described as “highly suspicious”.

Two articles published in the New York Post claim to present evidence that Hunter Biden, the son of US presidential candidate Joe Biden, introduced a Ukrainian businessman to his father, when he was vice president.

This alleged evidence was stolen from a laptop left at a computer repair shop, whose owner passed it to Donald Trump’s lawyer Rudy Giuliani, who then provided it to the tabloid newspaper, as it reported.

The Biden campaign has denied that a meeting alleged in the documents obtained by the New York Post ever took place.

Twitter said it was preventing two articles from the tabloid being shared due its policy on hacked materials, as well as because images in the articles – cited as evidence – include personal and private information.

A spokesperson for Facebook said that the platform was “reducing the distribution” of the article as fact-checkers analysed it, as part of the company’s standard process to tackle misinformation.

President Trump criticised the decisions of the social media giants, tweeting: “So terrible that Facebook and Twitter took down the story of ‘Smoking Gun’ emails related to Sleepy Joe Biden and his son, Hunter, in the @NYPost.”

Professor Thomas Rid, an expert on disinformation who has testified before the US Senate Select Committee on Intelligence, warned that the article was “highly suspicious”.

It is “an old Cold War disinformation tactic to pass information, especially but not exclusively when forged, to low-brow newspapers that have high circulation and low standards of investigation”, he said.

The New York Post has not responded to speculation that the documents it published contained forgeries.

First, the surfacing. This here is highly suspicious behavior. Especially when viewed in the context of a political campaign. Creative, anonymous, credibility-generating, somewhat plausible. Exactly how a professional would surface disinformation and potentially forgeries. pic.twitter.com/zIer2QR99a

The social media companies have been under the spotlight to tackle potential foreign interference in the 2020 US election following their perceived failures to do so during 2016.

Back in August, William Evanina, the director of the US National Counterintelligence and Security Centre, said Russia was attempting to discredit Joe Biden ahead of the election.

Mr Evanina said: “We assess that Russia is using a range of measures to primarily denigrate former vice president Biden and what it sees as an anti-Russia ‘establishment’.

“This is consistent with Moscow’s public criticism of him when he was vice president for his role in the Obama administration’s policies on Ukraine and its support for the anti-Putin opposition inside Russia.”

Hunter Biden used to sit on the board of Burisma, a Ukrainian natural gas company, which became a key focus of the impeachment trial against Mr Trump last year.

Fondation Cartier and Triennale Milano Collaborate on a Common Vision of Contemporary Artistic Creation
Apple’s new iPad Air is a big upgrade and the one most people should get
On Newsstands: WOW Autumn 2020
On the Radar: Jack is back
McDonald’s seeks dismissal of racial discrimination lawsuit by former franchisees