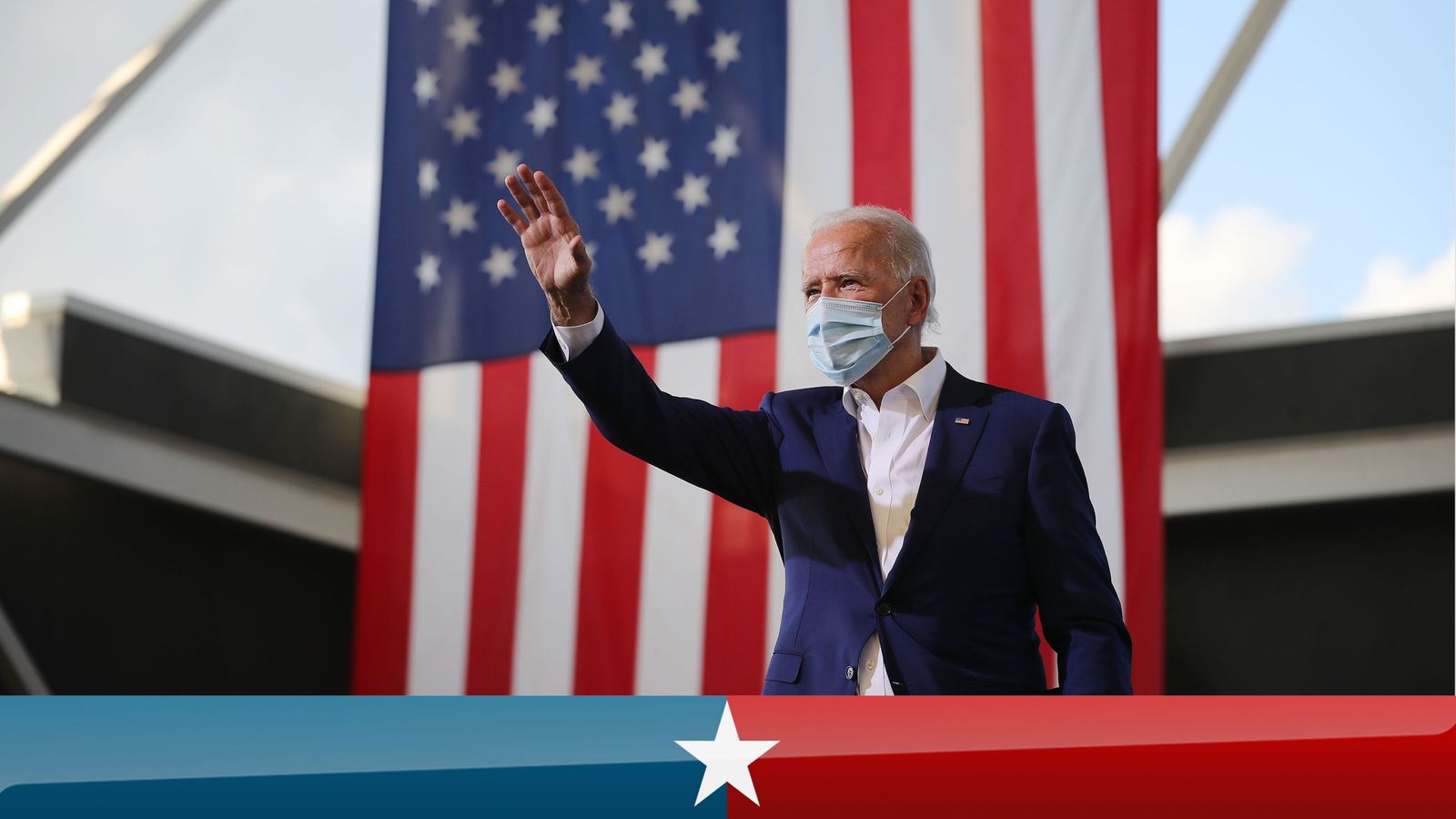 Joe Biden has flown on a plane with a crew member who later tested positive for COVID-19, his campaign has said.

His team confirmed that the Democratic presidential candidate was not in close contact with the person and will not need to self-isolate for this reason.

In a statement posted on Twitter, Mr Biden said: “During our contact tracing, we discovered around noon today that a member of the company that charters my airplane has also tested positive for COVID.”

He said the crew member was “more than 50 feet away” and both had been wearing masks.

Mr Biden added that he had tested negative for COVID-19 on Wednesday night.

A third case was found as part of contact tracing efforts from the first two cases.

In a swipe at rival Donald Trump, Ms Harris said the Democratic campaign’s response to the positive tests “obviously stands in stark contrast to you-know-who”.

The US president tested positive for coronavirus two weeks ago and was admitted to hospital.

But since then, he has claimed to have “immunity” from coronavirus and a felt “protective glow” after being given the all-clear by White House medical staff.

He has been out on the campaign trail again, holding large rallies in North Carolina and Iowa.

Mr Trump has repeatedly mocked Mr Biden over his cautious reaction to the pandemic, berating him during the presidential debate for wearing a mask.