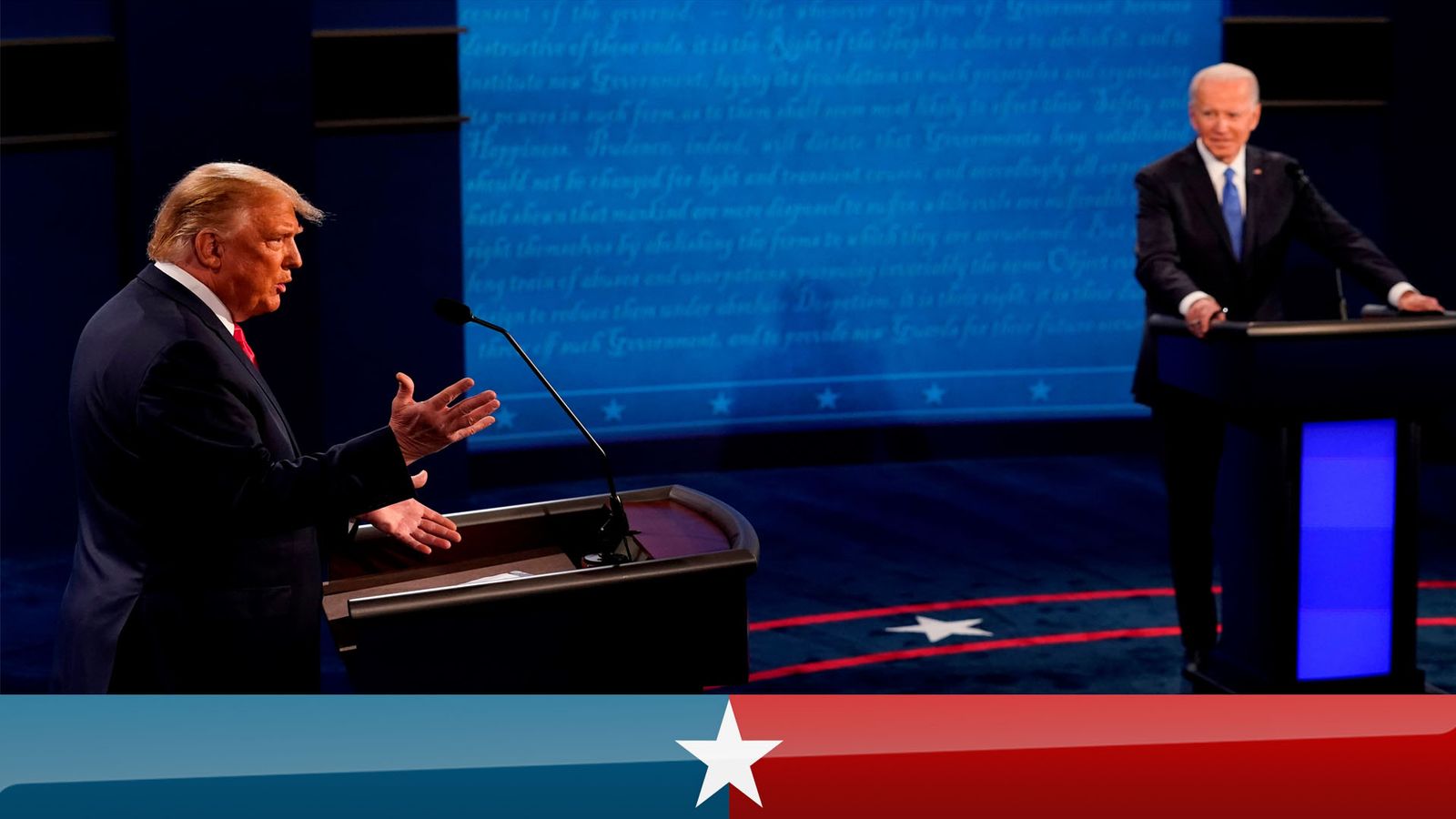 Joe Biden has renewed his attack on President Donald Trump’s handling of the coronavirus pandemic during the final debate ahead of the presidential election on 3 November.

The Democratic candidate told the debate in Nashville, Tennessee: “Anyone who’s responsible for that many deaths should not remain president of the United States of America.”

Mr Trump responded by saying: “We’re rounding the corner. It’s going away,” adding that “we can’t close up our nation or we won’t have one”.

The pair also clashed in the second section of the debate, on national security. They were both asked about news that and Iran and Russia have obtained US voter registration information in an attempt to interfere in the election.

Mr Biden said such countries “will pay a price if I’m elected” and claimed that Moscow does not want him elected because “I know them and they know me”.

Mr Trump alleged that Mr Biden received $3.5m from Russia, and insisted that “there’s been nobody tougher than me on Russia”.

He added: “You were getting a lot of money from Russia… you probably still are.”

Mr Biden responded: “I have not taken a penny from any foreign source in my life.” He called on Mr Trump to release his tax returns or “stop talking about corruption”.

Opinion polls show most Americans disapprove of Mr Trump’s response to the virus.

The final debate is one of the final opportunities for both candidates to make gains in a campaign dominated by the COVID-19 pandemic, which has killed more than 221,000 people in the US and devastated the economy.

Mr Biden leads Mr Trump by eight percentage points in the latest Reuters/Ipsos national poll, conducted between 20 October and 22 October. That lead has narrowed slightly over the last few weeks.

The first segment of the debate was far more civil than when the candidates clashed in September, where Mr Trump made constant interruptions and exchanges of personal insults between the two men largely dominated the event.

Both candidate’s microphone was switched off this time while the opponent made a two-minute introductory statement on the six topics.