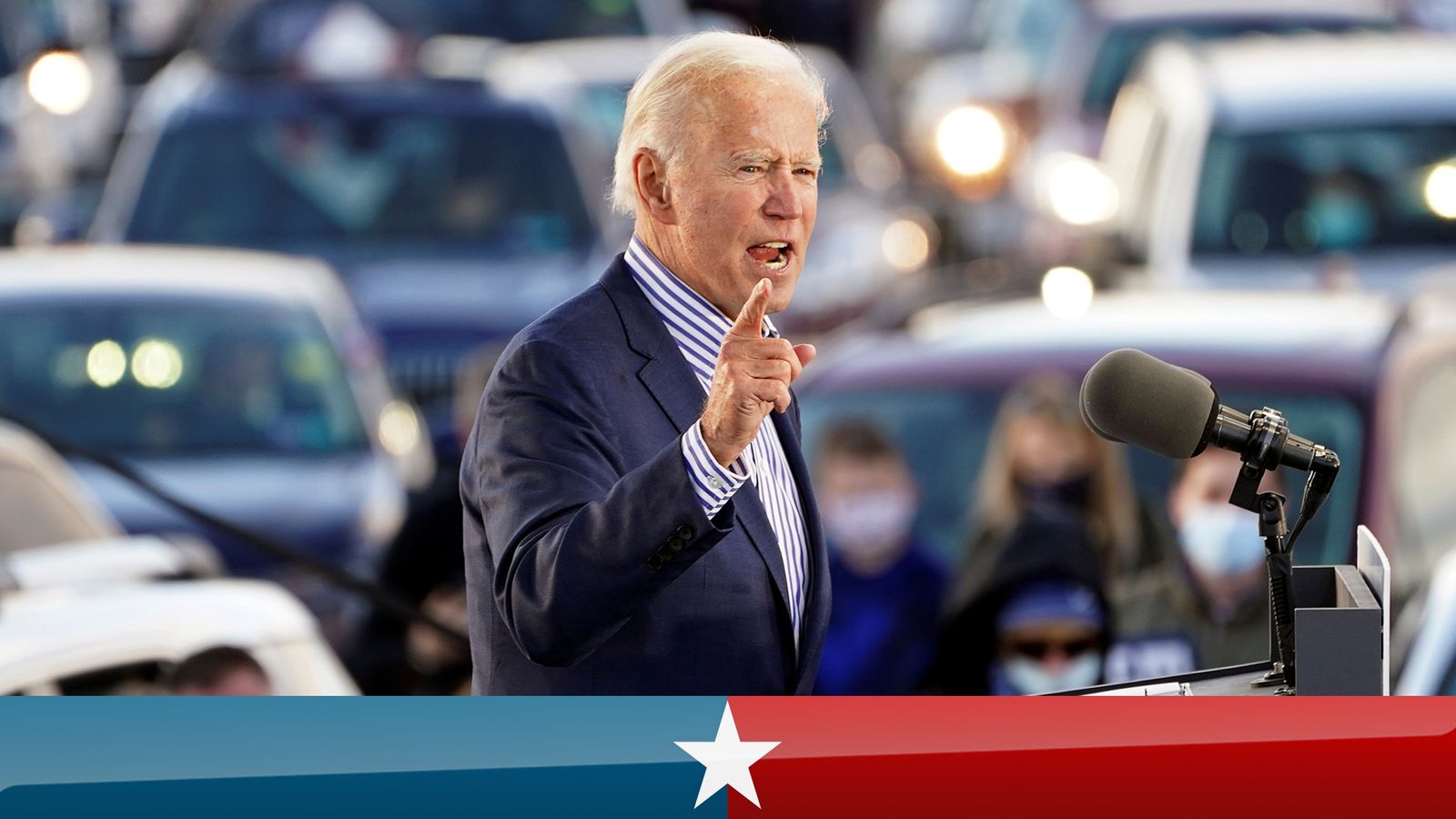 Donald Trump has called out rival Joe Biden after the Democratic presidential hopeful appeared to confuse the president with George W Bush.

The 77-year-old made the gaffe as he spoke to supporters during an I Will Vote Concert virtual event alongside his wife Jill.

“What kind of country we’re gonna be? Four more years of George, ah, George…,” he said before Mrs Biden corrected him under her breath.

Quickly rectifying himself, he continued: “Gonna find ourselves in a position where if Trump gets elected we’re going to be in a different world.”

Mr Trump was quick to call his opponent out on Monday morning following the apparent slip-up.

Joe Biden called me George yesterday. Couldn’t remember my name. Got some help from the anchor to get him through the interview. The Fake News Cartel is working overtime to cover it up!

“Joe Biden called me George yesterday. Couldn’t remember my name. Got some help from the anchor to get him through the interview. The Fake News Cartel is working overtime to cover it up!” he tweeted.

Republicans have been keeping a close eye on any verbal mistakes by Mr Biden and have accused him of going senile.

A Trump campaign Twitter account, Trump War Room, which is often retweeted by the president, clipped up the video of the latest gaffe and shared it online.

The former vice president has faced speculation over his mental acuity – most recently mishearing a question in the final debate against Mr Trump about whether raising the minimum wage would hurt small businesses. He instead began talking about the need to bail out small businesses.

He has also referred to the virus as “COVID-9” instead of COVID-19.

She added: This is why they’re keeping him under a lid.

“There’s no way Mr Biden could forget the name of the CURRENT President, the one against whom he is running, unless he lacked full cognitive function. He lacks it.”

If elected, Mr Biden would be the oldest president ever to serve in the White House – and the same goes for Mr Trump, 74, if he is re-elected.