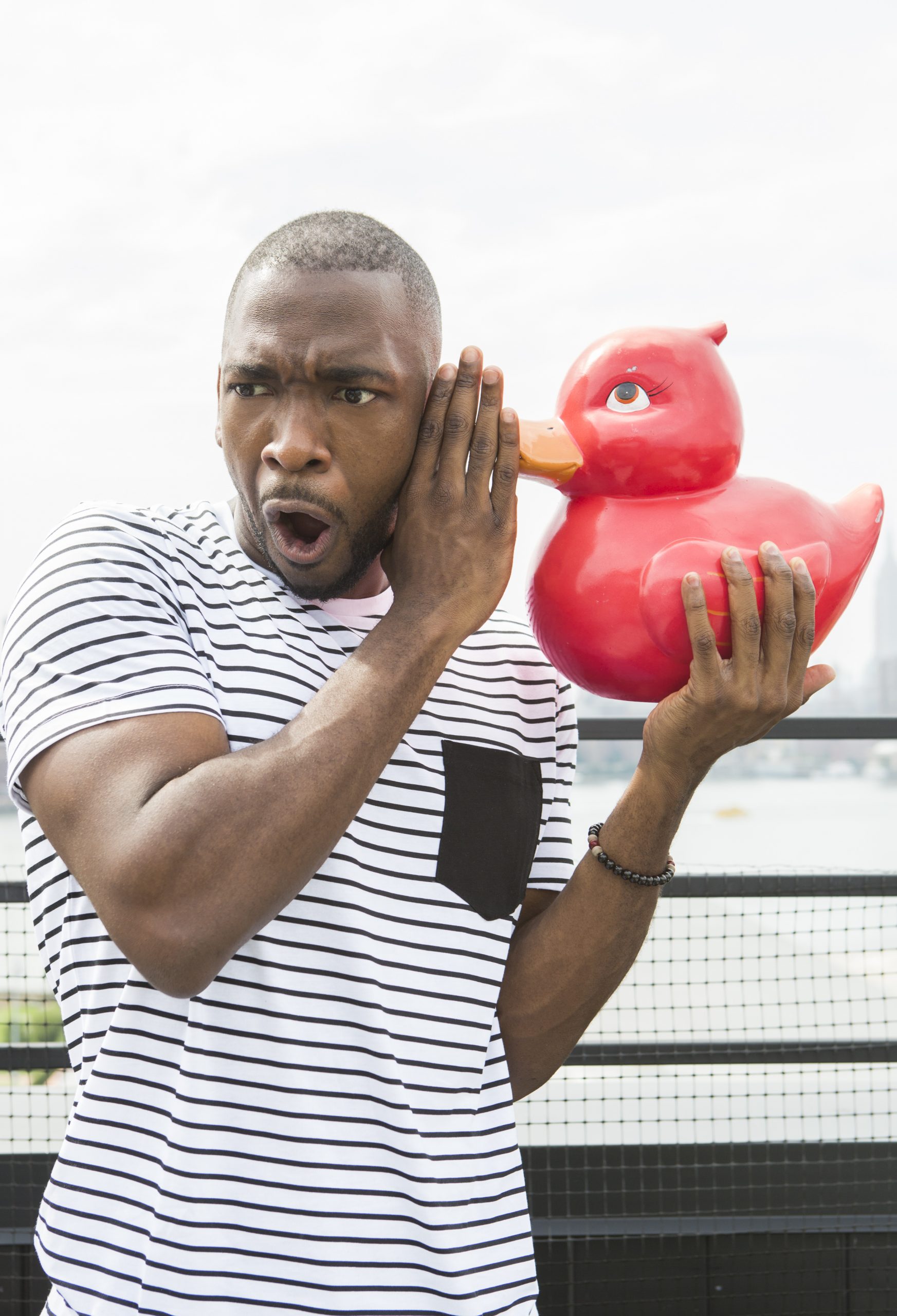 Comedian A-Listers  Set to Perform on Saturday, February 20, 2021 at 7 PM PST/10 PM EST in Support of Emmy-Winning Producer Anton Maillie and Wife Mari Fuentes and Their Fight with ALS

Los Angeles, February 18, 2021 – Saturday Night Live alum, actor and comedian Jay Pharoah will join some of the top names in comedy for the upcoming All Star Zoom Comedy Fundraiser: Comics Stand Up For Anton & Mari, in support of their friends, Emmy-winning commercial producer Anton Maillie and his wife Mari Fuentes and their battle with ALS.

The live, free Zoom event is scheduled for Saturday, February 20, 2021 at 7 PM PST/10 PM EST. To register for this free event, please visit

https://tinyurl.com/6ekrrc96. Viewers will be asked to support the couple’s GoFundMe campaign.

Actor and comedian Jay Pharoah is one of the industry’s most highly-anticipated leading men.  Pharoah most recently starred opposite Harry Shum Jr. in Universal’s All My Life, in Justin Simien’s critically acclaimed feature film Bad Hair and in Lionsgate and Code Black’s 2 Minutes of Fame for director Leslie Small.   He currently hosts the Nickelodeon hit series Unfiltered.  In television, Pharoah starred as “J.J. Evans” in ABC’s Emmy Award-winning Live in Front of a Studio Audience version of All In The Family and Good Times. In 2017, he starred on the Showtime series White Famous as the lead ‘Floyd Mooney’, which was executive produced by Academy Award-winner Jaime Foxx and inspired by his life experiences.   Pharoah is well known for his spot-on impressions on Saturday Night Live, where he was a cast member for six seasons.   He recently wrapped production on a Netflix romantic comedy that will be produced by Alicia Keys and co-starring Christina Milian.

Anton Maillie is an American film and television producer who was awarded an Emmy for his work on the memorable CNN commercial Why We Go.   One year ago, Anton was diagnosed with a “terminal disease.” After over four years of deteriorating health, it was determined he had ALS (Lou Gehrig’s Disease). Today, Anton is wheelchair-bound, has lost 90% use of his arms and legs, and his speech is declining daily. Spiritually, emotionally and mentally, Anton is a fighter and is holding his own, but ALS is a hideous disease. His wife Mari is his sole caretaker.

Host Ritch Shydner, who has frequently appeared on Letterman, Leno and Carson, has curated a lineup of stand-up comics to perform on this one night only virtual event.

“We’re thrilled that Jay has joined us in our special event and fundraising efforts,” comments Shydner. “Anton has offered his unconditional support to his friends and colleagues in the entertainment community over the years, and now it’s time for his friends to support him and Mari as they fight this terrible disease.”

Shydner will also be joined by Alonzo Bodden, the season three winner of NBC’s Last Comic Standing. Bodden has since starred in two comedy specials for Showtime and made appearances on The Tonight Show and Conan.

Mark Brazill, a hilarious stand-up comic, though he’s best-known as one of the co-creators and writers of Fox’s That 70’s Show, and producer and writer of NBC’s 3rd Rock From The Sun.

Jackie Kashian, a highly regarded stand-up comedian whose credits include multiple appearances on Conan, a half-hour special on Comedy Central, and many other TV appearances.

Eugenia Kuzmina, an actress, model and comedian who does stand-up shows at The Comedy Store, Laugh Factory and Flappers in Los Angeles, and has been seen in roles on Netflix, HBO, Amazon, ABC and Fox.

In January, Lisa Poggi and Don Anderson, producers of the critically acclaimed documentary Brothers in Arms, and former News Corp. executive Marty Pompadur joined together with industry colleagues to launch a GoFundMe campaign in support of Emmy-winning producer Anton Maillie and his battle with ALS, along with sole caregiver and wife, Tonick Films founder Mari Fuentes.

The GoFundMe “Let’s help Anton & Mari fight ALS” hopes to raise funds to cover the costs of a caregiver.  The couple is grateful for the support of the ALS Golden West Chapter.

About Anton Maillie  Anton Maillie is an Emmy Award-winning American film and television commercial producer. He is a member of the Directors Guild of America as a 1st AD and UPM. Born and raised in New York, Anton headed south to attend the University of Miami. An accounting major during those initial weeks at college, he was introduced to the world of filmmaking as a major, quickly switched, and never looked back. His love for production has taken him around the globe working with many A-list celebrities and Fortune 500 companies. With over 30 years’ experience producing television commercials and short and feature films, Anton has worked with a diverse group of directors, such as James Mangold, Ericson Core, Klaus Obermeyer, Nicholas Piper and many more.

Anton is married and is the stepdad to two amazing boys. He is an avid long-distance runner and the 153rd man on the planet to have completed a marathon on all seven continents. Anton is a devoted philanthropist and the creator of weSPARK Cancer Support Center’s charity 10K Run & 5K Run/Walk, located in Sherman Oaks, CA. Anton sits on the Board of Directors for weSPARK.

About Mari Fuentes Starting out as a young fashion model living off of Top Ramen noodles in Paris, Milan and Tokyo, Mari spent time not only in front of the camera, but also behind. That experience and excitement ultimately led to life in the commercial world, where she happily resides today. Along the way, she honed her project and business management skills working on innovative technology at Microsoft Corp. After moving to LA, Mari began producing and technical directing large scale live events, often with limited budgets. Being passionate about the creative process, Mari began to executive produce live action projects and refined her skill to resolve 95% of problems before they happen. Spending nearly a lifetime in the entertainment industry, it was only logical for Mari to create Tonick Films. Mari is a self-proclaimed technical nerd, master organizer and Morrissey lover.