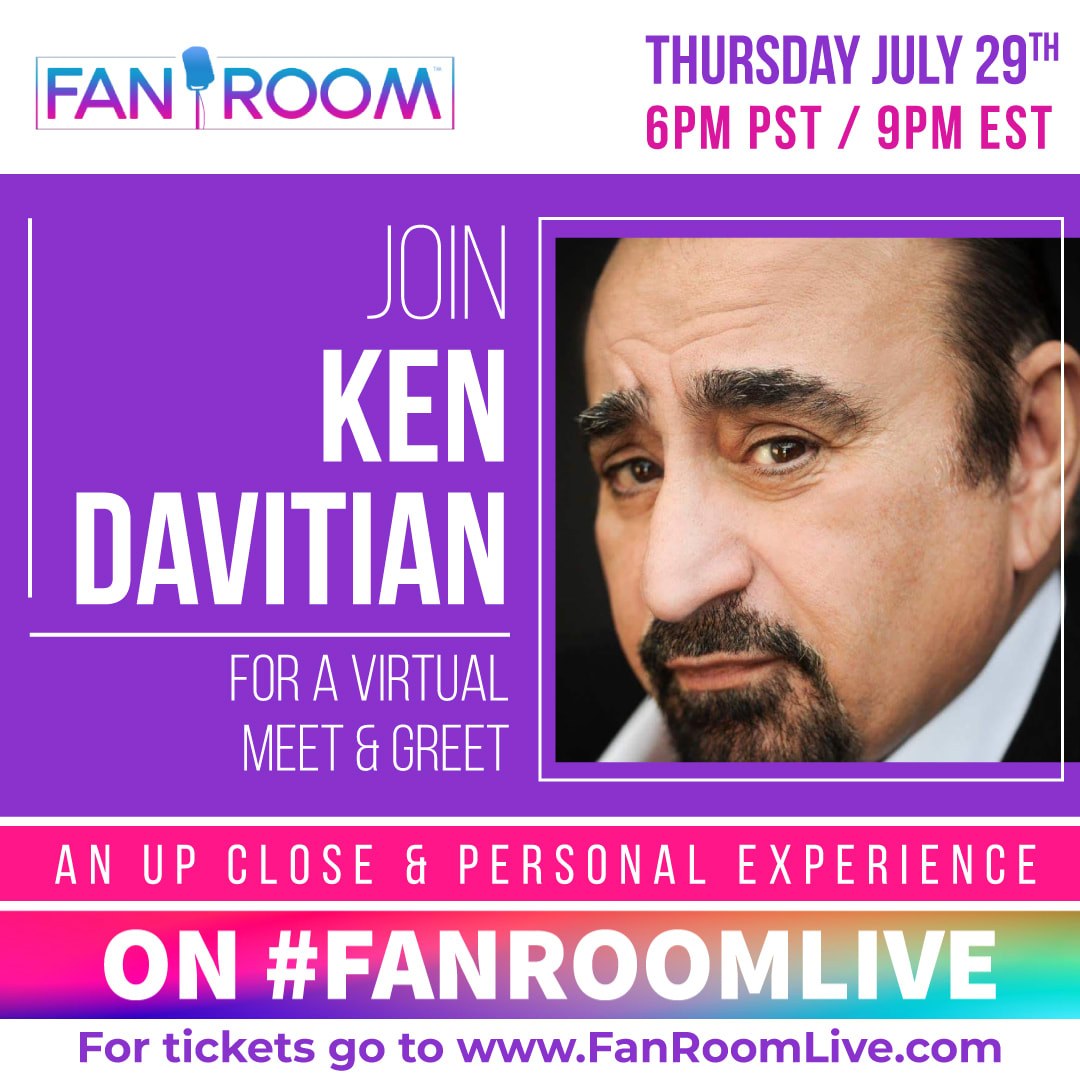 Actor, humorist, and restaurateur Ken Davitian is best recognized for his role as Azamat Bagatov in one of the funniest films on the planet “Borat.” More recently Davitian has been seen as the landlord in the Netflix super hit series “Cobra Kai.” He has also appeared in a baggage of movies and Television shows including: “The Sex Addict”,  “Price For Freedom”, “The Samuel Project”, “Walk of Shame”: “Get Smart”, “The Shield”, “Six Feet Under”, “Boomtown”, “Boston Legal”, “Line of Fire”, “Saturday Night Live”, “Hawaii Five-O”, And many others too vast of a list to mention.

Get your FanRoom Live tickets to meet Ken Davitian on Thursday, July 29th,  at 6 PM PST/ 9 PM EST  by going to  https://www.fanroomlive.com