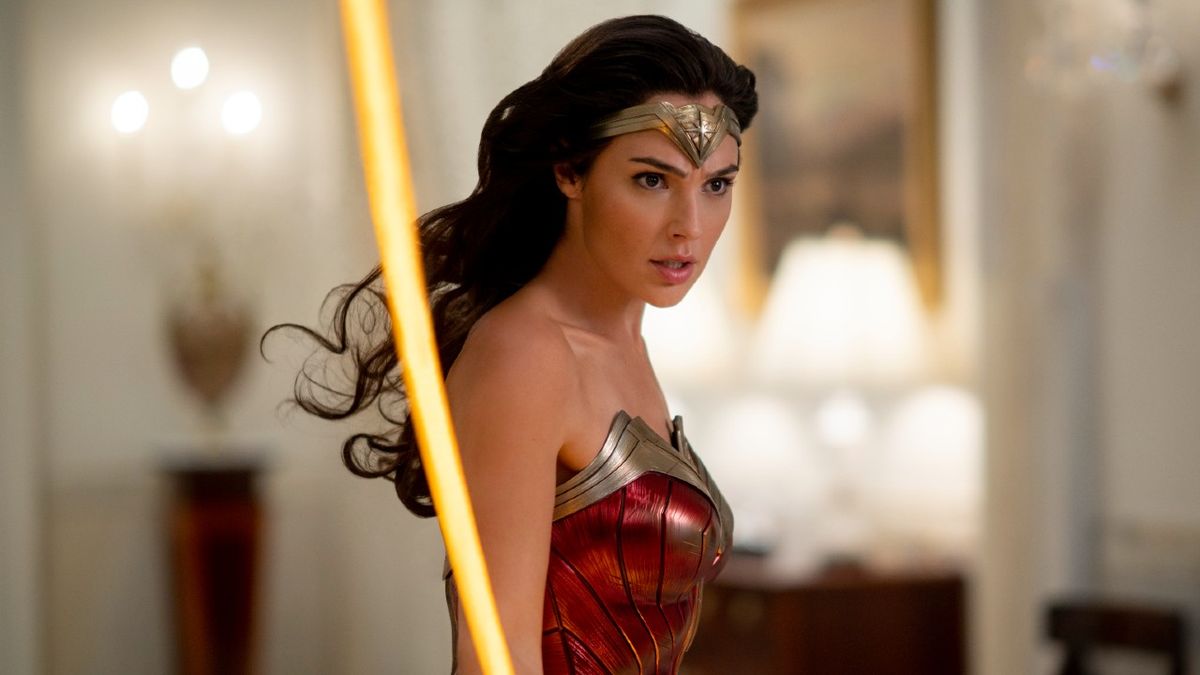 It’s been less than a month since we learned that Gal Gadot will be taking on the role of one of Disney’s most iconic villains. While it may be a while before she actually gets on set for the live-action adaptation of Snow White and the Seven Dwarfs, it looks like she’s already searching for inspiration to play the Evil Queen. And it appears she’s found a goldmine in the fan art mash-ups of her new villainous character and Wonder Woman.

It’s not every day that one of the most well-known actresses in the world goes from playing a beloved superhero to playing a legendary baddie. But Diana Prince actress seems to love a good challenge — so much so that she’s fully embracing the dichotomy between her Wonder Woman and Snow White characters. On her Instagram account, she shared several pieces of that depict her as both characters, and the results are pretty amazing — take a look here:

It’s not every day that you see Wonder Woman holding the infamous poisoned apple, or the Evil Queen swinging Diana’s golden Lasso of Truth, but these fans made it work. Maybe this artwork hit close to home because Gadot is not only going to be playing the Evil Queen soon, but also suiting up again once more in a third movie in his DC Comics’ franchise. The actress’ enthusiasm for the fans’ creativity is infectious, and it’s clear she’s excited to show us her take on Snow White’s biggest nemesis.

Gal Gadot is about to join a pretty elite list of actresses who have brought Disney villains to life, though the portrayals have been wide-ranging. Cate Blanchett’s take on Cinderella’s Lady Tremaine made us possibly hate the wicked Stepmother even more. But Angelina Jolie made us rethink how we saw Sleeping Beauty’s Maleficent, and Emma Stone brought a surprising amount of humanity to Cruella De Vil.

We don’t yet know when Snow White will head into production. So it’s too early to guess exactly what approach Gadot will take in the live-action movie or whether we’ll learn any more about the Evil Queen’s backstory. But there’s still plenty to look forward to — like seeing how amazing West Side Story’s Rachel Zegler will be as the titular princess, or how the studio chooses to bring her seven beloved companions to life.

Before the adaptation hits theaters, though, we’ve still got a few other Disney adaptations on deck. Peter Pan & Wendy and Pinocchio will hit Disney+ in 2022, and The Little Mermaid will hit theaters in 2023. Plus, if you’re eager to see Gal Gadot on your screen, there are still some good opportunities. Red Notice is currently doing big numbers on Netflix, and Death on the Nile, the upcoming sequel to Murder On the Orient Express, is coming our way in 2022.

Ghislaine Maxwell to be sentenced end of June as defence continues to call for re-trial
Best Yu Sheng in Singapore 2022: Toss To A Prosperous New Year
How No Time To Die’s Ending Was Hinted At Earlier In The James Bond Flick
The Simonetta Lein Show Releases Game Changing Entrepreneurs Panel 12: “How Can You Create a Long-Term Vision for Your Business?”
Astronomers Discover Potato-Shaped Planet 1,500 Light-Years Away From Earth