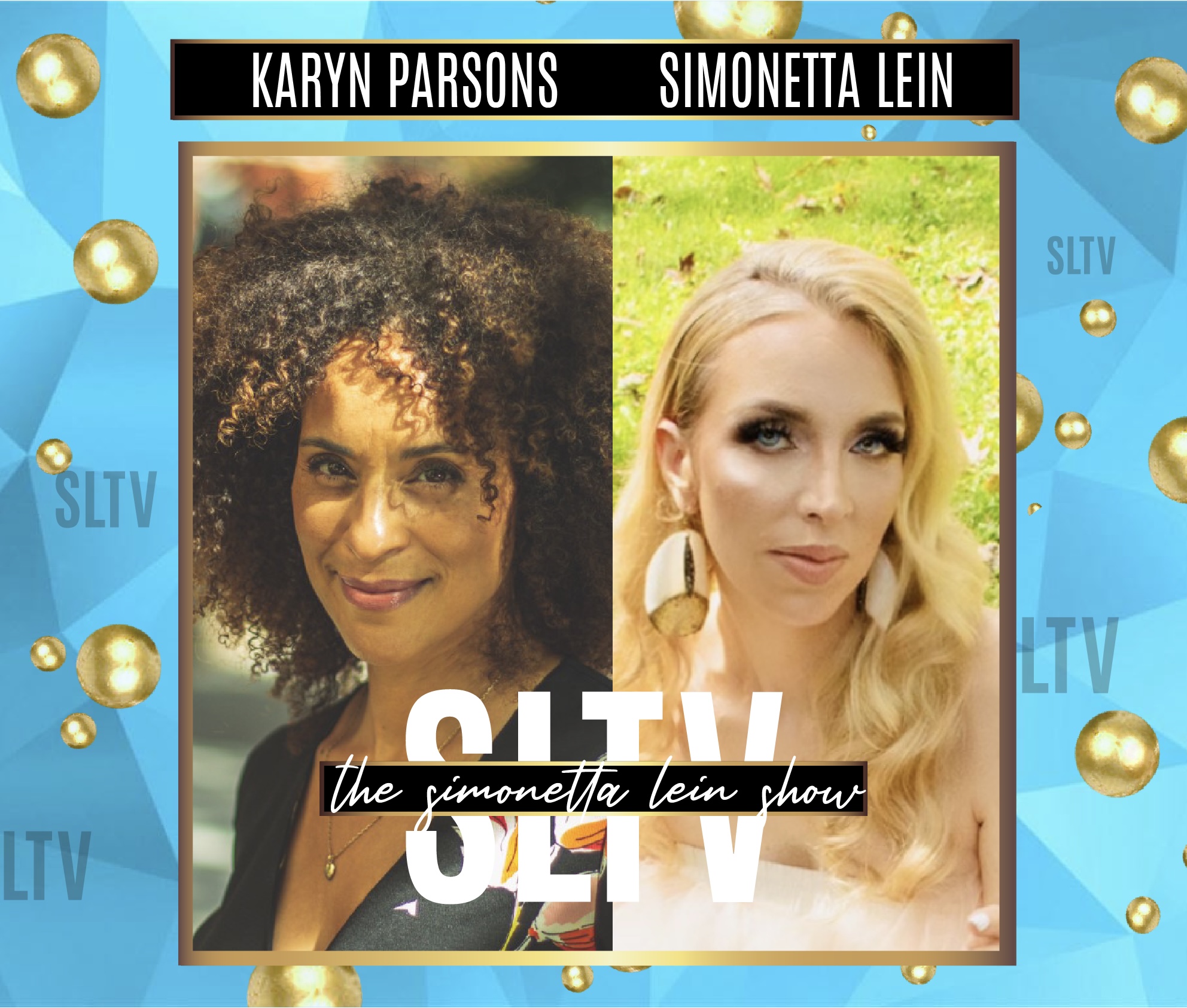 As The Simonetta Lein Show continues its 4th season, the show welcomes Will Smith’s fashion-focused cousin, Ms. Hilary Banks from NBC’s The Fresh Prince of Bel-Air, Karyn Parsons! In recent years, Karyn has gone on to found and produce Sweet Blackberry, an award-winning series of children’s animated films, sharing stories of unsung black heroes in history, working with stars from Queen Latifah to Chris Rock. The films have been screened on HBO, Netflix, and are enjoyed by schools and libraries across the country. Karyn’s premiere novel, How High The Moon, hit bookshelves in 2019. Flying Free: How Bessie Coleman’s Dream Took Flight, was released in 2020, and Saving The Day: Garrett Morgan’s Life-Changing Invention of the Traffic Signal, will arrive in bookstores on December 7, 2021. Karyn joined Simonetta to discuss the impact of contributing to one of the most recognized and idolized families in television history, growing up as a beautiful young woman in the spotlight, how her passion for writing and producing educational content for children grew alongside her acting career, and how history become so important to her. It is an absolute treasure of a segment, filled with inspiring and insightful words you will not want to miss!

Simonetta’s prominent profile on Instagram has earned her more than 6 million followers, and she continues to grow her following by demonstrating her commitment to making a difference in her adopted city of Philadelphia and all around the world.

Nicola Sturgeon to lay out ‘route map’ to new Scottish independence vote
BET Awards 2022, Celebs Having A Blast Behind The Scenes
Our Solar System Likely to Remain Stable for the Next 1,00,000 Years, Study Says
Paul Walker’s Daughter Meadow Walker Talks About Getting Abortion During COVID
Dufour 61: A Dynamic New Flagship Yacht