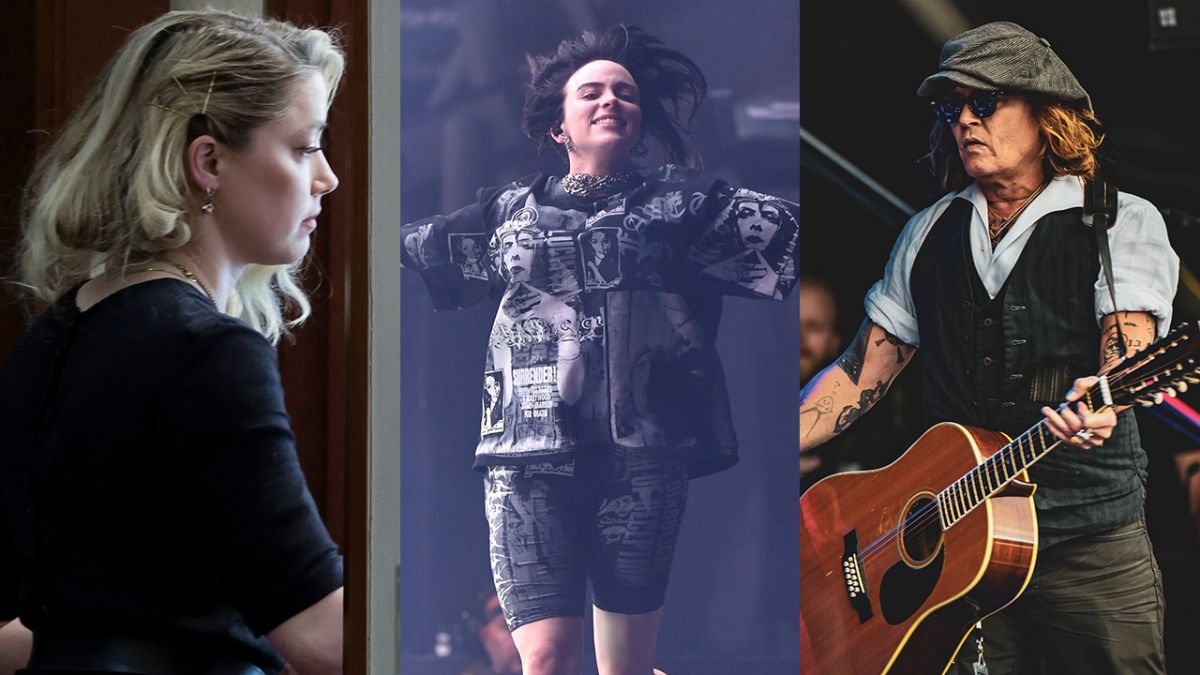 Early in June, Billie Eilish released a brand new song. That track, “TV,” seemingly referenced the Johnny Depp and Amber Heard defamation trial that at the time had just wrapped in court with the jury’s verdict. Meanwhile, the Supreme Court was in the middle of a landmark decision about the future of the precedent set by Roe v. Wade on abortion, but it was Depp and Heard that was dominating the news cycle at the time. From what Billie Eilish says now, she frankly wasn’t happy about it.

Of course, Eilish doesn’t specifically call out Amber Heard or Johnny Depp in “TV.” Instead, its lyrics just strongly imply they are about the defamation trial, as she sings in the unreleased song, “the internet’s gone wild watching movie stars on trial / While they’re overturning Roe v. Wade.” Now, the singer is speaking out about the viral lyrics and the intense feelings she was dealing with when she set pen to paper and came up with the new song, as she told NME in a new cover story:

This actually isn’t the first time Billie Eilish has gotten candid about her feelings related to the Internet, though it is the first time she’s mentioned two major movie stars to make her point. In fact, Eilish has been really honest about the disconnect she’s felt on the internet, particularly where fan hate is involved. She said during the pandemic:

Eilish also made it clear she’s not as open on social media as it may seem. As for “TV,” Billie Eilish said in the interview she wanted to harken back to a period of time when she could simply “put a little guitar song back out, and feel like how I used to.” You can see the full performance, below.

The massive reaction to the Heard and Depp trial is still ongoing, but in recent days after the Supreme Court made its decision to overturn abortion rights in the U.S., the issue is also taking a spotlight in the conversation, which is seemingly what the singer hoped to spark with “TV.” It’s unclear if the unreleased song will make her third album, as the singer says she’s trying not to “freak” herself “out” by considering more music too hard yet. Eilish is currently on her “Happier Than Ever” tour.