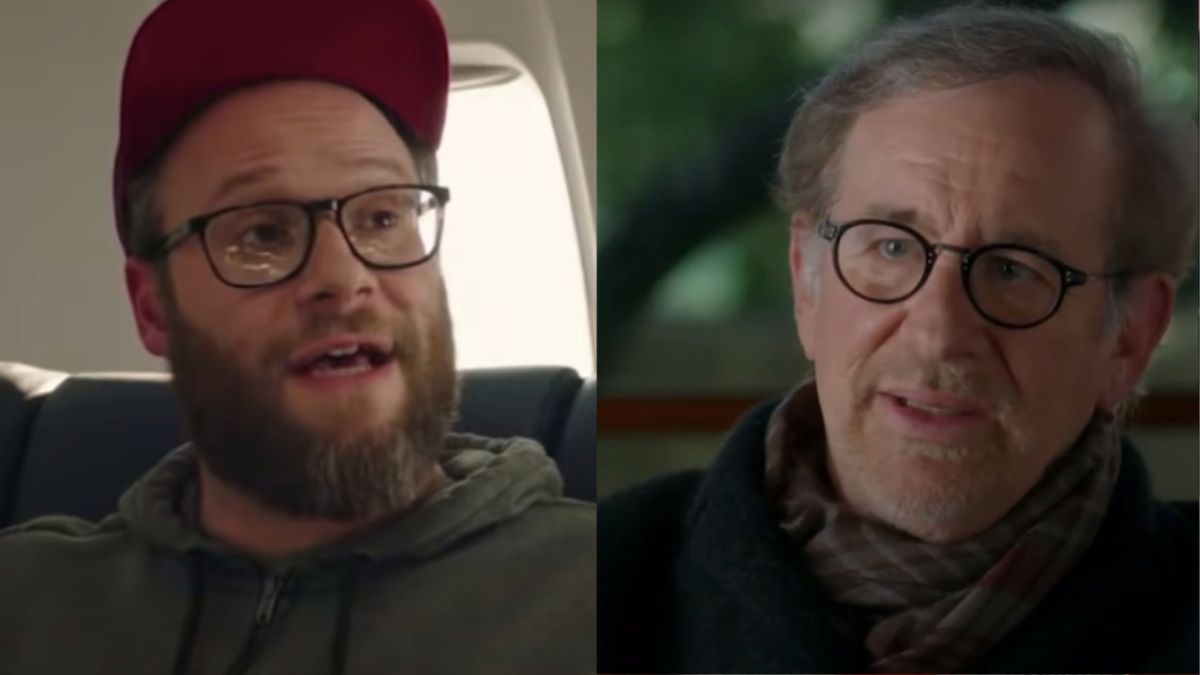 While Seth Rogen has made a career of being the face of many comedy films over the years, the actor has taken several dramatic turns over the years. He has shown his versatility in films like The Disaster Artist and Steve Jobs, but now is truly hitting the big leagues starring in Steven Spielberg’s latest film, The Fabelmans. The film is a personal one for the director, who co-wrote the film with frequent collaborator Tony Kushner. According to Rogen, Spielberg was quite emotional during production, due to the personal nature of the film.

In a recent interview with The Hollywood Reporter, the Pam and Tommy actor opened up about working with the legendary director on such an impactful project for Spielberg. He talked about the intimidating nature of the role, and how openly the Jaws director expressed his emotions while on set. Rogen revealed detailed:

This was clearly an important project for Spielberg, who based the film off of his own life. The set pieces and costumes are meant to emulate elements of his childhood, which will be fictionalized on screen. The emotions must’ve rubbed off on the cast, as it established a deep understanding for how important the project was. This probably encouraged the cast to put their all into their roles, which probably wasn’t too difficult for acclaimed actors of the ensemble cast, Paul Dano and Michelle Williams.

The Fablemans is a coming-of-age drama about a young aspiring filmmaker, and his family dynamic. Seth Rogen plays Bennie Loewy, a close family friend of the Fabelmans, who becomes a surrogate uncle to Sammy, the protagonist of the film. The film premiered at the Toronto Film Festival to widespread acclaim, winning the coveted Audience Award. Like most of Spielberg’s work, The Fabelmans is said to be deeply emotionally resonant, so make sure to bring the tissues. I know I will, I’m still not over E.T. leaving.

This is not the first time Spielberg has worked with acclaimed comedians in his films. He famously worked with Robin Williams in his 1994 film, Hook and John Belushi in 1941. More recently, he worked with TJ Miller in 2018’s Ready Player One, and Bill Hader in The BFG. With Rogen’s recent transition into more serious films and Spielberg’s knack for collaborating well with hilarious performers, this was probably a match made in heaven. Comedic actors like Jonah Hill have gained attention from the Academy for giving astounding performances while working with legendary directors, so Rogen may emerge as a Best Supporting Actor favorite.

You can catch Seth Rogen’s memorable performance in The Fabelmans when the film hits theaters nationwide on November 23rd. In the meantime, you can revisit Steven Spielberg’s most recent tearjerker, West Side Story, currently streaming with an HBO Max subscription. For more information about other potential Oscar contenders releasing this awards season, check out our 2022 movie release schedule.