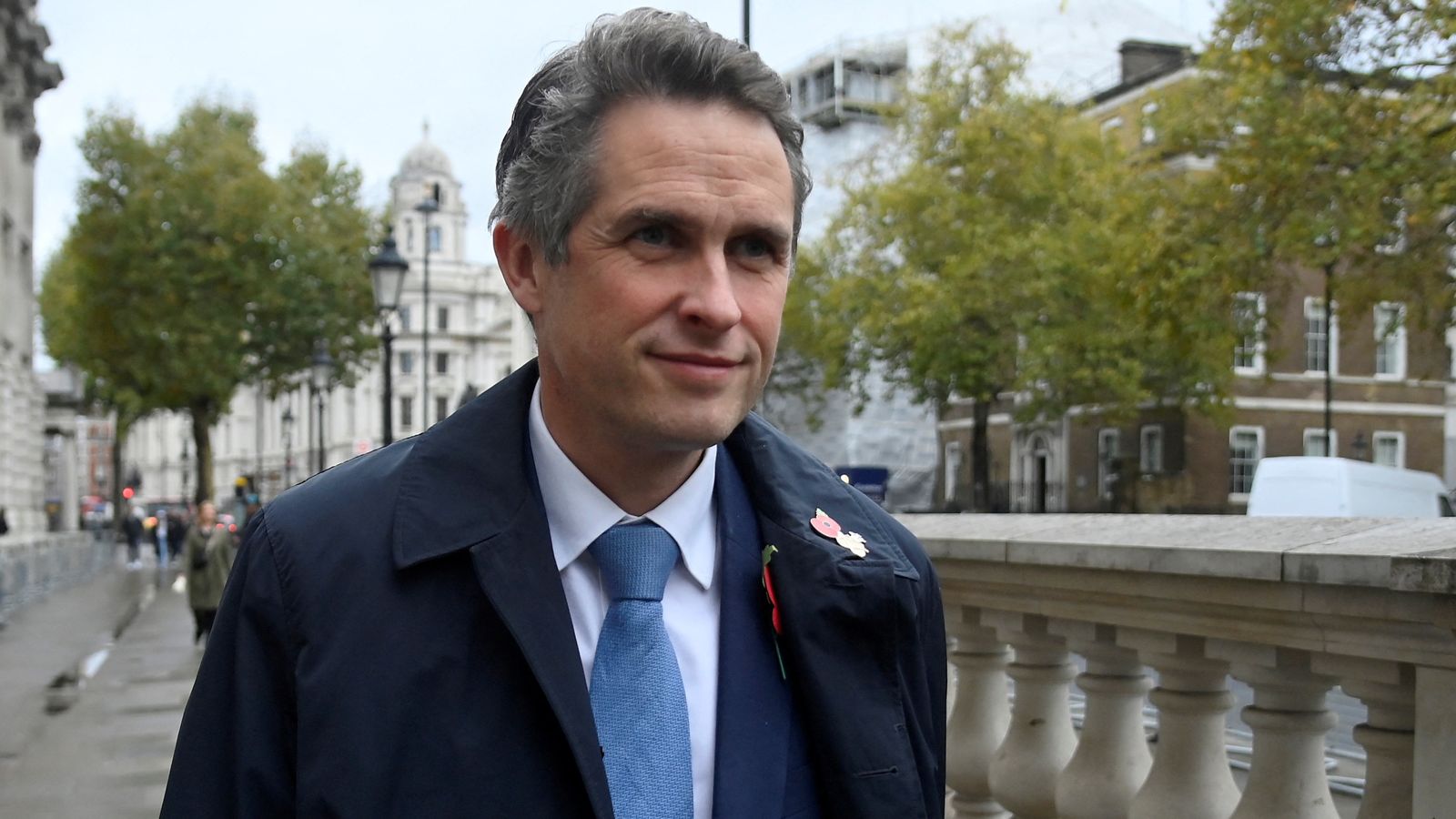 Former chief whip Wendy Morton has referred an allegation that Sir Gavin Williamson sent “abusive” messages to her for an independent investigation by a parliamentary watchdog.

The Cabinet Office minister was already facing an internal Conservative Party investigation over the series of threatening messages reportedly send to Ms Morton complaining he had been excluded from the Queen’s funeral.

But now the Independent Complaints and Grievance Scheme will also look at the allegations.

Sir Gavin, a backbencher at the time the messages were allegedly sent, accused Ms Morton of using the death of the monarch to “punish” senior MPs who were out of favour with Liz Truss’s government.

The messages, which were originally obtained by The Sunday Times, concluded with Sir Gavin saying: “Well let’s see how many more times you **** us all over. There is a price for everything.”

Yesterday, the PM told broadcasters it is “right” for an independent complaints investigation to take place into accusations of bullying made again Sir Gavin “before making any decisions about the future”.

The PM’s official spokesman added that Mr Sunak has full confidence in him.

Responding to Ms Morton having referred her complaint against Sir Gavin to Parliament’s Independent Complaints and Grievance Scheme, Chair of the Labour Party, Anneliese Dodds, said: “The lack of faith in the Conservative Party complaints process shows how rotten the culture at the heart of this party goes – and the buck stops with Rishi Sunak.

“He was warned about Gavin Williamson’s behaviour and appointed him anyway. He has done grubby deal after grubby deal to become prime minister and now must take responsibility and stop putting party management before national interest.”

The Guardian has reported that Sir Gavin also allegedly told a senior civil servant to “slit your throat” while he was defence secretary. 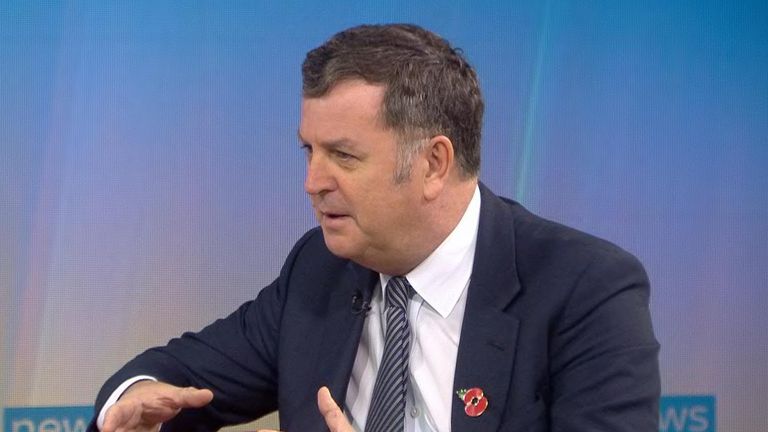 Gavin Williamson and spider ‘had aura’

An ex-official from the Ministry of Defence told the Guardian that Sir Gavin also told them to “jump out of the window”, in what they felt was a sustained campaign of bullying.

According to the newspaper, the civil servant, who later left government, said Sir Gavin “deliberately demeaned and intimidated” them on a regular basis.

But in a statement, Sir Gavin said: “I strongly reject this allegation and have enjoyed good working relationships with the many brilliant officials I have worked with across government.

“No specific allegations have ever been brought to my attention.”

Read more: Gavin Williamson ‘has been bullying for most of his career’, claim senior Tory MPs

Work and Pensions Secretary Mel Stride told Sky News earlier today that it would be “utterly, utterly unacceptable” if Sir Gavin made the alleged remarks.

“If that is the case, that is utterly, utterly unacceptable, but at the moment it is in the realm of media speculation,” he said.

Mr Stride said he served in the Whips’ Office under Sir Gavin, and saw him as someone with “this sort of aura or mystique around him”.

“There was always this great aura of… do you remember Cronus, the spider, the tarantula etc? And the reality with Cronus is he was much touted but he never actually was released to bite anybody,” he told Kay Burley.

“So that was how I always saw Gavin – as somebody who had this sort of aura or mystique around him, but the reality was he just generally got on with his job.” 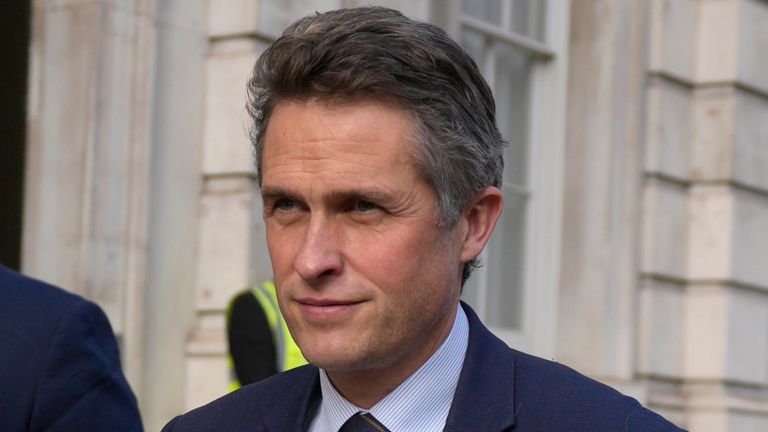 Williamson feeling the heat over allegations

Mr Stride said he is “not going to speculate on anybody’s future”, but when probed on whether he believes Sir Gavin will still be a Cabinet Office minister by Christmas, added: “I suspect the answer to that is yes.”

While the senior civil servant who made the allegations is said to have reported the incidents informally to the MoD’s head of human resources, they decided against making a formal complaint.

However, they said a senior military aide working in the department later apologised to them for not calling out his behaviour.

A Cabinet Office spokesman said: “The Cabinet Office has not received notice of any formal complaints about Gavin Williamson’s behaviour from his time at the Ministry of Defence or any other department.”

Speaking to reporters as he arrived at a cabinet meeting in Downing Street on Tuesday morning, Business Secretary Grant Shapps said Sir Gavin had apologised for sending abusive messages to a colleague.

Asked if Sir Gavin was a bully, Mr Shapps said: “Not in my experience. Clearly he shouldn’t have sent those (messages), he’s recognised that and he’s apologised about it.”

Speaking about the alleged “slit your throat” comments, he added: “I don’t think there was a formal complaint, so let’s wait and see what’s said about that.”

Sir Gavin served as defence secretary from November 2017 until May 2019, but was fired by then-PM Theresa May over a row around a leak from government.

He was hired back by Boris Johnson as education secretary two months later, but was again ousted in September 2021 after much criticism of his handling of the brief during the COVID pandemic.

Mr Sunak brought him back into government two weeks ago to serve as a Cabinet Office minister who also attends cabinet.

CNN lays off hundreds of staffers after business review − read the memo
Hancock: Ministers were warned about COVID deaths, but Johnson said ‘it will probably go away’
The Clean’s Hamish Kilgour Dies at 65
Former US spy Anne Sacoolas avoids jail over death of teen motorcyclist Harry Dunn
HSPP ADDS GAS TO GO ALL-IN