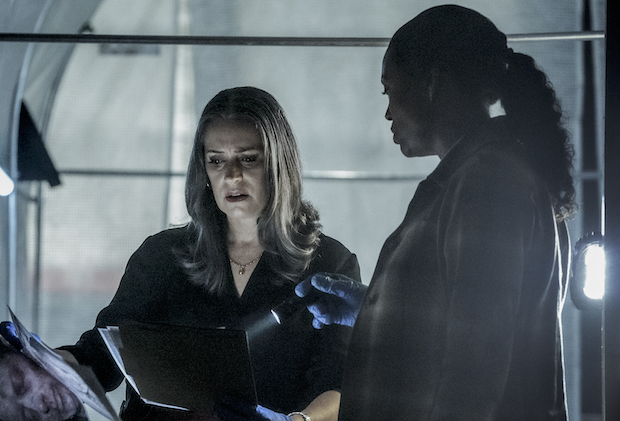 As a title, Criminal Minds: Evolution refers not just to how a new UnSub upped his game during the pandemic, but also the changes that the series itself has undergone for its rebirth on Paramount+.

Reporting thus far on Criminal Minds: Evolution has regularly labeled it a “revival,” but having screened the first two episodes (of 10), I can attest that, yes, it is that. And then some. We catch back up with friendly faces still solving crime for the FBI’s Behavioral Analysis Unit, but the very familiar, predictable rhythms of the 42-minute procedural that aired on CBS for 15 seasons/320-plus episodes are gone, at least in the early goings. 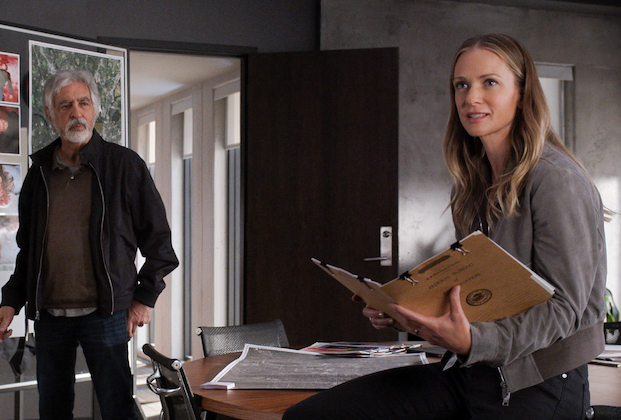 Instead, scenes and moments get to breathe as the crime drama stretches its legs on streaming. Time is made to check in on the agents at home, and not in some “very special episode” manner. Difficult conversations among disagreeing colleagues are had, instead of glossed over following a commercial break. Kill scenes are not so much more graphic, but more intense.

But most notably, not everyone is doing so great post-pandemic.

When Evolution premieres on Thursday, Nov. 24 (with its first two episodes), it is clear that it has not been business as usual for the BAU these past few years. Emily Prentiss (played by Paget Brewster) as Unit Chief is regularly locking horns with bureaucrats who value anti-terrorism efforts far, far above the hunting of pesky serial killers. Because of budget cuts, investigations are no longer team efforts (and don’t even ask about the jet); instead, when we pick back up with the likes of David Rossi (Joe Mantegna) and Dr. Tara Lewis (Aisha Tyler), they are one-man bands that can only hope to compare notes with a cross-country peer over a late-night phone call. (Rossi in particular has apparently been a bit obsessed with a serial slayer of families; were that the only demon he is dealing with….) And yet they, along with JJ Jareau (A.J. Cook) and Luke Alvez (Adam Rodriguez), continue to fight the good fight. Though in some cases, to the detriment of personal relationships. 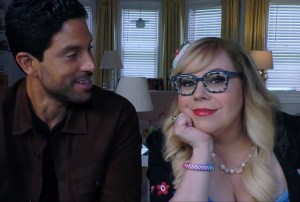 Agents Spencer Reid and Matt Simmons are conspicuously MIA (but do merit mentions), whereas keyboard warrior Penelope Garcia (Kirsten Vangsness) is, very much by design, wholly divorced from the BAU, having traded those dark, dark workdays for something much lighter and brighter. This newfound calling has emboldened the character in an overdue way, so be careful if you try to bark orders at her.

The promos for Evolution trumpet the fact that the new, season-long UnSub, Elias Volt (Friday Night Lights‘ Zach Gilford), spent his pandemic grooming acolytes of a sort, scattered across the nation. The BAU, however, doesn’t have access to Paramount+ press releases and trailers! Instead, the agents at first are stymied by some seemingly unrelated cases, until the curious contents of a hidden shipping container slowly, gradually starts connecting some dots.

I would not go so far as to say that Criminal Minds: Evolution is the product of “What if Criminal Minds and a prestige cable drama had a baby?” But that wouldn’t be too far off. It’s just wonderfully different, in assorted ways that longtime viewers may not have realized they wanted. From the camerawork to the use of anamorphic lenses, to, yes, the utterance of the occasional expletive. (You just know who gets one of the first cusses.) Showrunner Erica Messer clearly saw an opportunity here to take a known quantity and elevate it, to add texture and rough edges that the steady rotation of Cases of the Week didn’t afford her.

At one point while screening the early episodes, I shared on the TVLine staff Slack, “Guys, the Criminal Minds revival has NO business being this good.” But it kinda is?